First opened in 2009, the Yas Marina Circuit in Abu Dhabi is now a key part of the Formula One (F1) season, often holding the final race for the World Constructors’ Championships and World Drivers’ Championships. The inaugural race in 2009 saw F1’s first day-night race becoming synonymous with the track. Little work has been done on the circuit since then, but in 2021 substantial adaptations were made for the upcoming F1 Grand Prix. As well as changes to several of the racetrack’s turns, a resurfacing project was undertaken with the help of the latest paving technology from Topcon Positioning Group. 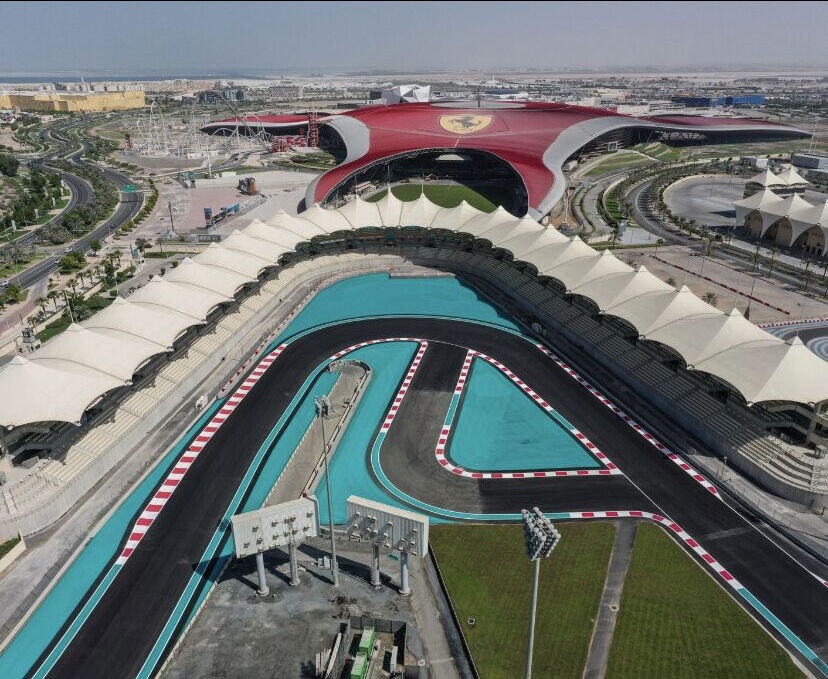 The Best Track for the Best Drivers

Ahead of previous season’s prestigious closing race, construction firm Colas was contracted to resurface and adapt the circuit to enhance overtaking opportunities and create the smoothest possible surface – giving the best experience to both drivers and spectators.

Colas oversaw work across several parts of the track, but one of the biggest changes involved removing the four sharp corners at turns 11, 12, and 13, replacing them with a single, long banking curve. Furthermore, the entire underside of turns 16 to 20 were resurfaced, enabling drivers to take the corners at a faster speed for a more competitive race.

Specific attention was paid to removing the chicane and widening the hairpin at turn seven, with new track sections constructed to improve the flow of the track and encourage better overtaking opportunities.

In order to update Yas Marina’s circuit, Colas turned to Topcon following its previous successes on other F1 circuits, as well as racetrack design specialist Dromo, which acted as a consultant on the project. Work began in August 2021 with Topcon’s technology used during the milling, resurfacing, and track creation process – and, thanks to the efficiencies the technology brought, the work was completed in under two weeks. In contrast, using traditional methods, surveyors would spend days, if not weeks, simply staking out the milling depths, with the machinery crew needing to manually ensure the numbers were accurately implemented.

One milling machine and two paving systems were used to complete the modifications. As the machines were equipped with Topcon’s HiPer VR Global Navigation Satellite System (GNSS) receiver, the machinery operators were able to utilize real-time data as milling occurred, comparing it against the plans and making adjustments where necessary. By using the latest GPS technology and 3D machine guidance, the milling process was made more efficient, resulting in a precise grade across the entire circuit that would have been unobtainable using manual methods.

“When working on one of the most prestigious racetracks in the world, we knew we had to create the best surface possible.” said Jarno Zaffelli, CEO of Dromo. “Topcon offers cutting-edge technology that gives us high levels of precise data to work with. Using this data, we can perfectly bring our plans to life and create a track worthy of champions.” 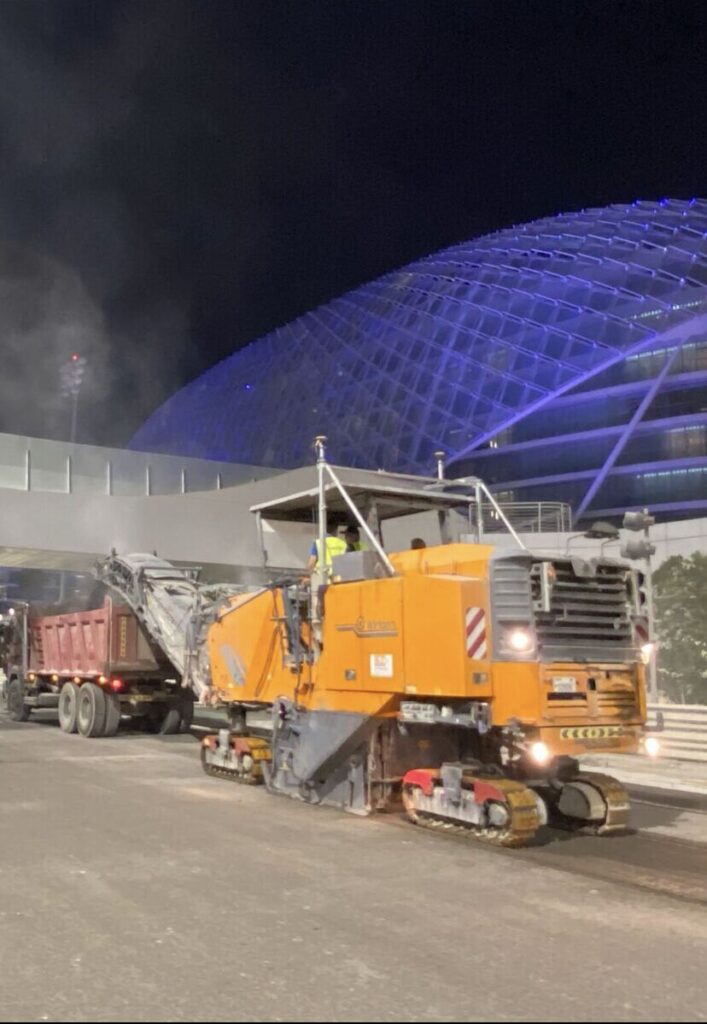 Throughout the project, Colas utilized a wide range of Topcon technology, including its SmoothRide workflow, Pocket3D technology, total stations and HiPer VR Global Navigation Satellite System. The combination of technology provided the milling and paving machines with the accurate data models needed to realize the perfect track. With just 11 days to create the circuit, Topcon’s technology was vital, with the quick completion enabled in part by a 3D laser scanner attached to the back of a truck which quickly collected vast amounts of data on the condition and layout of the track. This marked the first time a 3D system has ever been used in the paving of a Formula One racetrack.

Owing to the data gathered by the 3D scans, Topcon and Colas were able to quickly identify and assess the current state of the track, rectifying any existing issues before the milling and paving process started.

“This meant work could commence swiftly and to the specification needed,” said Mouad Moubine, operations manager at Colas. “Using more traditional methods can mean issues are left undiscovered or uneven sections are simply paved over with a constant thickness, exacerbating the uneven track. But with Topcon’s SmoothRide workflow, the data collected by the 3D scans was turned into a model of the circuit, which could be compared against a model of the desired end result to determine exactly what needed to be done in the following stages.”

Down to the Millimeter

To mill the track and create the new base surface, two different models were created using the accurate data gathered in the scanning process – one scan of the current track and one of the desired end product. As the milling took place, the two could be continuously compared in real time, ensuring accuracy on the first go. After each layer was milled, a further scan was taken, and a new model was created for the next layer. Jarno added: “This ensured an incredibly precise result while minimizing waste and creating a constant thickness for the smoothest track possible. A smooth ride for the F1 cars is vital, helping maintain grip and improve safety at high speeds, reducing the danger of sliding and potential crashes.”

Despite the large amount of data collected and the high number of models created, the teams were able to easily communicate and transfer data via the cloud quickly using the technology. Topcon’s MAGNET software suite and Pocket3D solutions streamlined the workflow, connecting the machinery and operators with the wider site team and the office. This allowed teams across the project to work with up-to-date information for every stage of work.

Paving the Way to the Finish Line

When paving new sections of the track, Topcon’s 3D solutions allowed workers to go in at base layers and correct any issues at the bottom layer of the circuit, allowing the operators to get as close to the specification as possible in terms of smoothness. This meant when the final layer went on top there was minimal adjustment, with the pavers using the high levels of data and accuracy provided by the scans to enable the purest form of paving to be used. This, in turn, ensured the best levels of rideability.

Paving profiles could then be created using scanned data that matched the new construction with the existing milling level – all while respecting the curbstones to ensure easy transitions between newly constructed parts of the circuit and the resurfaced original track.

“Throughout the project, Topcon’s equipment proved invaluable, letting us create the track to specifications with ease and making the entire project more efficient from start to finish.” said Mouad.

“The racetrack we’ve made is one of the smoothest ever. Being able to utilize 3D scanning technology for the first time on a racetrack has meant we’ve been able to make a racetrack that will stand the test of time with one of the best surfaces on any road built to date.”

Gearing Towards the Future

While traditionally a time-consuming and costly process, using SmoothRide and Pocket3D enabled the team to greatly speed up work on the racetrack in a cost-efficient way, resulting in a smoother result that will last for longer.

The improvements to the track paid dividends, with Verstappen passing Lewis Hamilton on an updated part of the track on the final lap of the race just a few months later, securing the title.

Following the thrilling end to the 2021 season and with the new track in place, the Yas Marina circuit has been confirmed to hold the final race of the 2022 F1 season, continuing to build its legacy as the meeting place of champions.