America’s foremost community of professional geographers wants all students, especially women and minorities, to have a head start in geocomputational abilities. A revolution in teaching geography is in the offing.

Demand for professionals with geospatial skills is on the rise. In 2019, expertise in geospatial technology was listed by Upwork, a global job website, as one of the 20 fastest-growing and in-demand skills driving the U.S. economy.

In the U.K., the country’s Geospatial Commission has also observed a similar pattern. In its latest independent report released in June, the U.K. saw a rise in the rate of geospatial job postings over a five-year period with more than 70,000 new positions in GIS mapping, programming, and data management, as well as other geo-related trades such as surveying, remote sensing, and 3D modeling.

And as location information drive our economies forward, geospatial skills are now sought-after in other workplaces. From food and health services, architecture and urban planning, telecommunications and manufacturing to utilities, transport, and logistics, our world is becoming more reliant on positioning data.

According to Geobuiz, an industry watcher, the current global economic impact of geospatial technologies in various sectors ranges from $2.2 trillion to $5.4 trillion. Sustaining such growth will require skilled individuals to fill the needs of the geospatial services industry.

So, while the value of geospatial skills is expected to flourish alongside the development of the various industries that it serves, it begs the question: Can our future graduates meet the demand for geospatial manpower?

Not yet, says the Association of American Geographers (AAG), a community of professional geographers working in the public, private, and academic sectors. With around 10,000 members in almost 100 countries, the AAG keeps its ears to the ground and knows that employers find it difficult to engage enough people with expertise in both geography and computer science. 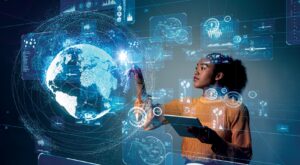 Too few students, especially women and students of color, get the opportunity to study either geography or computer science and coding.

The problem, according to the AAG, is the limited availability of training that combines geospatial knowledge with computing skills—geocomputing—resulting in a shortage of workers with the necessary knowledge and skill sets needed for those geospatial jobs. Further troubling the sector is digital exclusion where part of the population, mostly women and minorities, have persistent unequal access and capacity to use information and communications technologies. This is a common dilemma in the tech workforce where men’s participation usually outnumbers women three to one.

The AAG believes that improving how geography is taught in schools will help solve this setback. In 2018, it launched the “Encoding Geography” initiative to “modernize geography education and broaden the participation of underrepresented minorities in the geocomputational curriculum.”

Funded by the National Science Foundation (NSF) through its Computer Science for All (CsforAll) program, and with Coline Dony of AAG as the project’s principal investigator, the initiative promises to produce a replicable approach for teaching geocomputation that is accessible and motivational for all learners.

Starting as a pilot study that focuses on an approach called Research-Practice Partnership (RPP), Encoding Geography has tapped seasoned practitioners and experienced educators who are experts in their school communities and charged them with developing classroom curriculum.

Guided by the RPP approach, the group has identified three critical points that negatively affect the practice and teaching of computer science and geography at different levels of education. First is the lack of awareness about careers, second are the hurdles that come with expanding participation of women and minorities, and third is the widening mismatch of skills and knowledge of high school graduates to fulfill the requirements of first- year college education.

“It wasn’t until I became involved in the Encoding Geography project that I connected mapping and data sets to coding,” says Kelly León, a fourth-year PhD candidate in Education for Social Justice at the University of San Diego. León has taught in the Sweetwater Union High School District for 17 years. She is also the co-principal investigator for the Encoding Geography grant in the district.

León says her original interest involved figuring out ways to improve educators’ understanding of geographic and spatial thinking so that they were better able to construct a curriculum for their students.

“I was intrigued by the connections of geography with computer science, but it wasn’t until recently that I have really begun to see the potential ways that educators of both disciplines can infuse the thinking from both of these fields into their courses and the ways this may be empowering for young people,” says León. “I now see how geography and computer science are connected and the unique skillset that can be developed by integrating the two.”

León is one of the two geography lead teachers in the Sweetwater district. She also works with two computer science educators who act as leads for that subject. 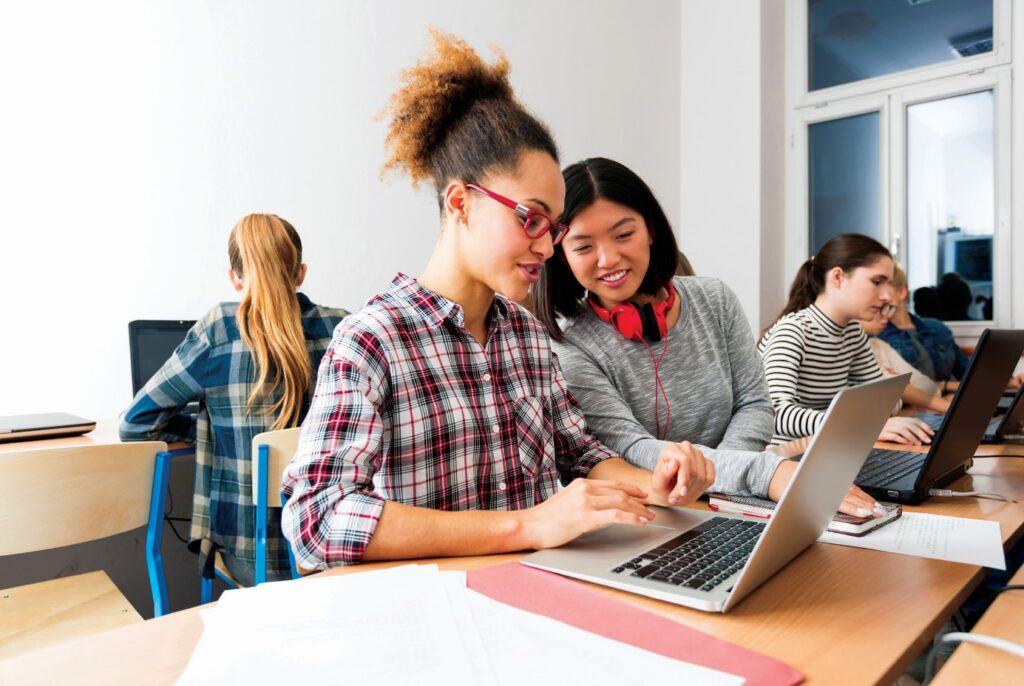 One of her big take-aways from this project is how powerful it can be to have academics and researchers working alongside teachers and practitioners.

“We have a lot to learn from one another, and I have no doubt that the research-practitioner partnership design for the project is a real asset,” she says.

She is also thrilled to be working with so many smart intelligent women, from the principal investigator, to the community-college partners, and the educators who work with students every day.

“We know research supports the idea that students need to be able to see themselves in a field of study, in a career, or in a curriculum,” she says.

Even if this can be done by any thoughtful and compassionate educator, León believes that it is tremendously helpful to have so many women at the table in this project.

“This means that our focus on inclusivity is ever-present,” she adds.

According to the AAG, coding and computer science skills, together, are increasingly a critical subset of geography skills. Yet public schools have neither the programming nor the capacity to teach students what they will need to be competitive. And although many school districts have emphasized computer science education, geography instruction is falling behind, and programs that combine these skills are fairly uncommon.

Kelly León, co-principal investigator for the Encoding Geography project, participating in one of their workshops.

So as geocomputational skills are increasingly valued in the job market, the AAG argues that too few students, especially women and students of color, get to have the chance to study either geography or computer science and coding, let alone the powerful combination of the two.

Unfortunately, schools in the U.S. can offer limited help. It is rare for American students to receive more than a year of geography instruction, while at the same time computer science is often an elective subject.

Encoding Geography wants to end this. The AAG and its partners aspire to identify and support pathways to unleash the power of geocomputational skills in schools, including the ability to code, use GIS, and more importantly, to promote spatial understanding among students. The initiative is taking strategic steps to help address these problems by identifying the right educational capacity and curriculum approaches that will work with students in middle school and high school.

The partners of Encoding Geography have also been actively collaborating with each other to develop a common agenda through a series of in-person and virtual workshops. For example, a workshop with participating instructors was carried out in August this year to build awareness, develop aspiration, and show degree or career prospects which, according to the AAG, “are the main elements needed for students to choose a degree or career.” 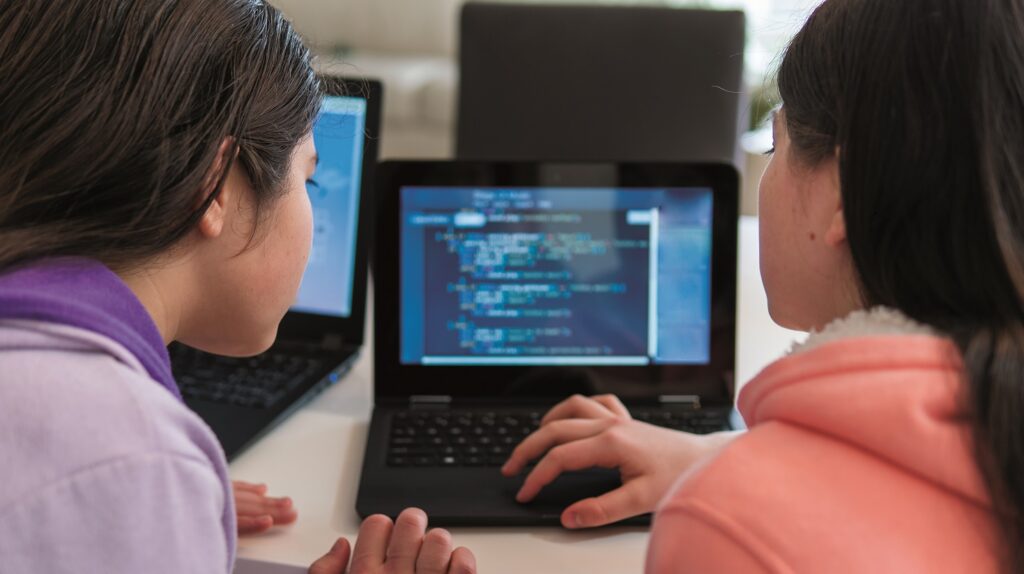 The teachers who participated in that workshop will then help collect the much-needed baseline data about the awareness and aspirations of their students around geography, computer science, and geocomputation.

At the heart of the project is the conviction that the involvement of educators with whom the curriculum is concerned at the local level will lead to the positive change that partners envision: a diverse workforce skilled in geocomputation.

“The Encoding Geography project views educators as agentive and professional,” says León. “This view is essential in improving all educational pursuits.”

While not all the teachers involved in the project have a background or degree in geography or computer science, it does not pose a concern for AAG. León, in fact, has never taken a computer science class. “Although I certainly wish I had,” she says.

But through her work at the district office, she was able to start reading geography and realized how significant this subject area was for the students’ ability to understand our interconnected world.

Recognizing this aspect, the AAG is measuring how the educators’ involvement in Encoding Geography is impacting their own awareness around computer science and geography. Aside from that, the participating instructors who are new to both geography and computer science will receive professional development opportunities from other educational partners to continue building their strengths. Virtual professional development series such as data hackathons, for example, will also keep them engaged on geocomputational challenges.

“If we are to transform public education, it is going to be through the work and expertise of teachers,” says León. “So, if we want to make changes, small or large, it behooves us to partner with them, learn from them, and provide them with the professional authority and professional development to do their jobs well.”

Overhauling the current educational structure to fuse teaching geography and computer science is surely a huge task, but the steps that Encoding Geography and its partners are taking seem to be putting them on the right track.

For instance, project partners in higher education have now updated their curriculums, with San Diego Mesa College presently requiring three credits of a programming language for its GIS associate of science degree, and the University of California Riverside offering a new course called “Spatial Computing.” These changes show  how offering an inclusive curriculum pathway can nurture the aspirations of students toward courses, majors, and careers in geocomputation.

“The goal of the project is to develop inclusive curriculum for a diverse range of students so they are exposed to, and hopefully become interested in, geocomputation,” says León.

More good news has come with the approval of additional funding from the NSF, allowing the project to scale up its work until 2023. This extra support means they can further develop and evaluate the geocomputing curriculum in culturally diverse school districts and minority-serving institutions of higher education.

Other important activities such as testing the geocomputational educational materials for secondary school and college students can also be done during this period. But their ultimate objective is to replicate the Encoding Geography initiative across California and to other states.

In the face of this initial success, León also contends that there is an educational argument to be made around the usefulness of learning to think in computational and geographic ways. By acknowledging the issues that are important to students, their families, and our society, teachers and their collaborators can develop educational responses to some of our most pressing challenges.

“This goes beyond preparing a diverse group of students for good jobs and really gets at the heart of the purpose of education,” she says.