Creating accurate as-builts of a complex facilities is no longer a long-term project.

When the Caltech Group was founded by two men in Calgary, Alberta, in 1990, they set out with the goal of becoming Western Canada’s go-to company for geomatics services with an eye on specializing in the oil, gas, and utility areas—those companies that demand the highest standards of data quality.

Now with more than 150 employees and numerous offices from Winnipeg to Fort St. John, Caltech has achieved its goal by placing value on innovation and technology, which in the last 32 years has moved at warp speed in the geomatics arena.

Even as technologically adept as Caltech is these days, the company’s surveyors and engineers occasionally find themselves faced with a job that their in-house technology may be able to handle, but not as efficiently as needed to meet the high standards of data needed for the best possible deliverables, especially for oil and gas clients.

Such was the case when Caltech was contracted to generate a facility as-built for a large natural gas plant, part of a massive pipeline system that collects gas and moves it throughout western Canada and the United States.

The 160-acre plant site consisted of a myriad of pipes, buildings, and equipment. Using the mapping tools Caltech had on hand, it would have been very difficult to complete the project to the level of accuracy that would be useful to the client. The only tool Caltech had that could have been used was a terrestrial MMS, but due to the size of the facility that was not feasible. 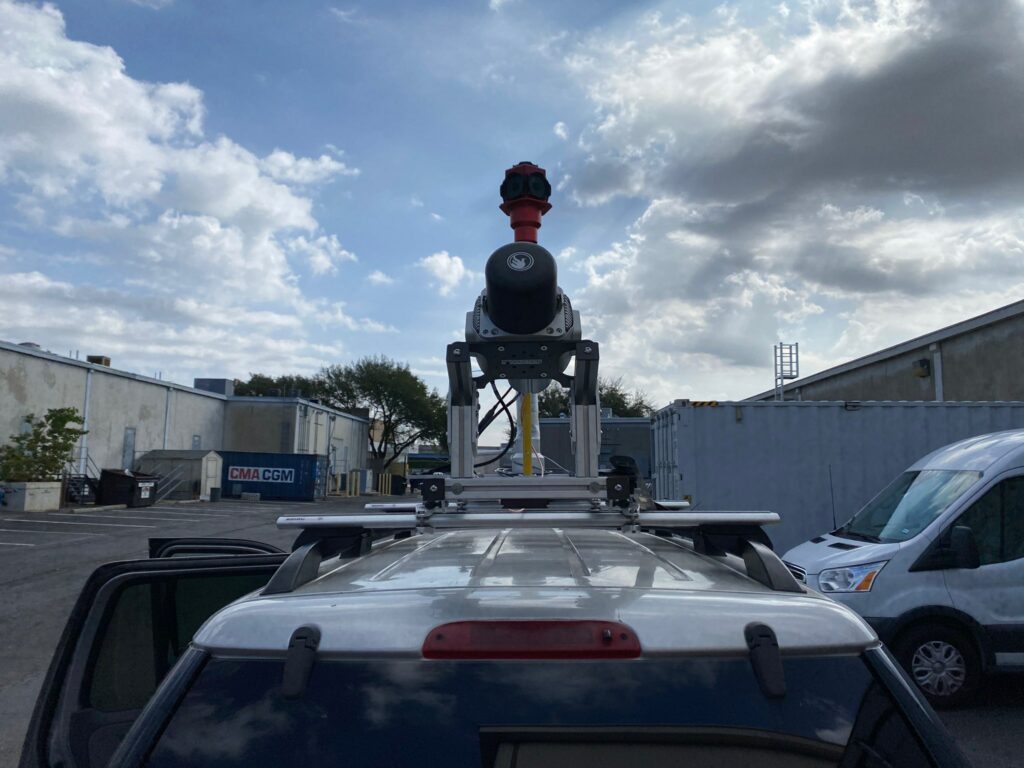 Using the Phoenix Ranger LR mapping solution attached to a truck and then transferred to a UAV, Caltech Group, a geomatics company in western Canada, created as-built scans (see below) of a 160-acre natural gas plant in Canada with extremely high accuracy in just a day.

Caltech invested in Phoenix Lidar’s Ranger LR mapping solution, which allowed the company to rapidly and accurately create as-built data from the huge facility with extremely high accuracy in just one day. The Ranger system is built to work both on the ground as a terrestrial scanner and in the air as a UAS.

The derived data deliverables acted as a digital twin of their clients’ facilities, empowering the end users to digitally visit their facilities and make informed decisions. The value-added ability to easily disseminate 3D geospatial data in a user-friendly format facilitated collaboration with people across all skill levels–both 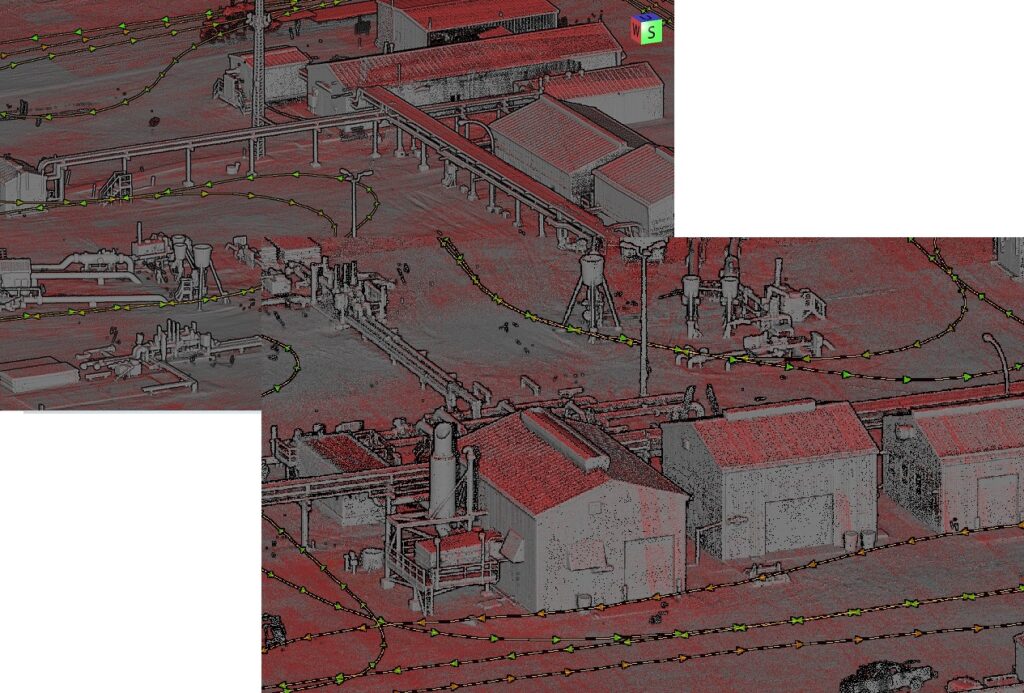 The intricate data was collected by mounting the Phoenix Lidar system to a truck and driving through the site collecting 360-degree high-density lidar and spherical imagery. Then the crew removed the lidar and INS and mounted a Sony A7RII camera to it. That was then put on a Freefly Alta X UAV.

This configuration allowed Caltech to quickly collect aerial high-density lidar and imagery. Then both datasets were merged using the Terrasolid suite, and the data was shared in ArcGIS Online 3D web scenes. These 3D web scenes act as a digital twin of the facilities. The lidar and imagery, plus additional data, such as 3D textured meshes, CAD linework, extracted 3D polylines, georeferenced PDF’s, and additional GIS data were combined into a single scene.

This allows the client’s personnel to digitally visit their facilities and make informed decisions as well as collaborate with engineers and project personnel within their organizations and with subcontractors.

“I am very critical of claims made by some hardware manufacturers with regards to accuracy. We have been able to meet and exceed the accuracies claimed by Phoenix, verified using ASPRS standards,” said Caltech’s Greg Stamnes, an ASPRS certified mapping scientist – UAS.

What’s more, the Phoenix Ranger LR system allowed the Caltech team to continue to offer UAS MMS services, but also to branch out into terrestrial MMS and helicopter-based MMS for larger area mapping and linear corridors. High-accuracy MMS are a significant investment, but significantly less than single and dual laser terrestrial MMS.

“We are able to collect the same high-quality data as those systems while still being able to utilize the single system on multiple platforms,” said Stamnes. “Others who have invested in higher-cost, terrestrial-only MMS would still have to purchase another MMS for helicopter and UAS in addition to their initial investment.”

Caltech’s investment is paying off in ways beyond the initial pipeline project it was used for. In 2019 and 2020 the company had to turn down work because of the remoteness of the site or issues associated with UAS in forested areas and on linear corridors, or because the size of the projects was not feasible for UAS and Caltech could not be competitive with its helicopter and fixed-wing service.

The company did complete a 9,000-acre aerial MMS project for a mining company that was asking for the use of UAS. Stamnes says he believes it’s one of the biggest UAS projects ever for collecting both imagery and lidar data to produce orthorectified mosaic image and digital terrain model (DTM).

“The project took us more than two weeks for data collection and many weeks for data processing,” Stamnes says. “That 9,000-acre project could be completed now with the Ranger LR system in a single day when mounted on a helicopter. And that data could be turned around in about two weeks.” And, he adds, the system would produce higher-accuracy raw data.

As a result, their success with the Phoenix system, Stamnes has reached out to clients Caltech has worked for in the past but had turned down larger projects. He informed those clients that Caltech had made significant investments in hardware, software, and processes and that it could now complete for projects it had turned down in the past.

“(Those clients) requested quotations for larger projects and awarded them to us,” Stamnes says. “Our team was able to successfully complete the data collection and turn around deliverables to them in very short timelines, similar to the timelines we would have had in the past on smaller UAS-sized projects.”

One of the problems with having an MMS that is very efficient is that it completes projects so fast in comparison to UAS-specific systems that reduced labor is a result. Stamnes says he’s optimistic that Caltech will be able to demonstrate to existing and new clients the power of terrestrial MMS and feature extraction, and the company will be able to help our clients be competitive in their pursuits of topographic surveying projects in urban areas and in transportation corridors.