From the Romans to the Everglades, the art of directing water flow has never been easy

For thousands of years impromptu land surveyors tried, sometimes successfully, to force water to flow in a direction it did not want to go. This was done to help grow crops in areas where water was not abundant enough to allow recurrent agriculture. Once this skill was mastered, civilization was not constrained to areas naturally gifted with the perfect slope and rain average. It became possible to advance colonization into areas with scarce resources, mainly water.

One of the most beautiful examples of this ability to tame water is the Aqueduct of Segovia, in Spain, built between 50 and 120 A.D., the stone structure rises almost 100 feet above ground level, with a 20-foot-deep foundation built to support the 20,000-ton group of arches that span for miles.

Amazingly enough, this water structure is still in use today, 2,000 years after completion, a real tribute to the Roman engineers and the ad-hoc surveyors who helped them determine the slight slope that allows water to run in one direction even today.

Another great example of surveying skills handling water-redirection efforts are the Puquios (water holes) of the Nazca plains in Peru. Believed to have been built 1,500 years ago, this extensive system of subterranean aqueducts, surface channels, reservoirs, and spiraling holes allowed the Nazca civilization to distribute water in one of the most arid places in the world.

Home to the Nazca lines, these deserts and valleys are exposed to droughts that can last for decades, but the Nazca people were able to survive and flourish in this region thanks to their impressive use of hydraulic engineering.

Used to carry water to both agricultural lands and to populated areas to supply drinking water, these strange spiraling holes lead from the surface to the water below, allowing the population access to an unlimited supply of underground rivers. 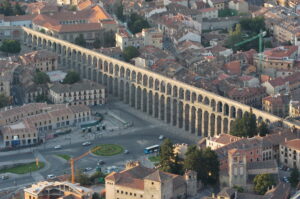 The Romans were among the first to be able to direct water with structures like the Aqueduct of Segovia in Spain, meaning civilization could expand beyond areas of ample rainfall.

Both of these engineering marvels, and many others were built to help populations in areas that were relatively small in terms of square miles. But what happens when the challenge is to supply water to millions of people sprawled over an area of 30,000 square miles with just a few inches of slope?

This is the reality that confronts the South Florida Water Management District (SFWMD, www.sfwmd.gov) on a daily basis. With the highest elevation in the district placed at 54 feet and a maximum distance of 250 miles, the land surveyors, and hydraulic engineers at SFWMD face the daunting challenge of sending rainwater to the ocean with sometimes a slope of a few inches per mile.

How do they do it? For a more precise answer we reached out to Matahel Ansar, Section Administrator of Applied Hydraulics at SFWMD for an exclusive interview about the agency in general and his division in particular.

“The South Florida Water Management District mandate is very simple. We need to make sure that the population has access to clean water while at the same time keeping salt water from infiltrating our aquifers,” Ansar said. “And for that we can’t rely solely on gravity. Sometimes we have to use pumps in those areas where the height of the terrain is lower than the surrounding bodies of water.”

With more than 750 water management structures across the entire geography of the district, Ansar’s team of 20  hydraulic engineers work around the clock to maintain the water levels while they balance the need of nine million people, countless cities, and 16 counties that encompass their area of responsibility. To complicate matters, the SFWMD’s geography is home to many endangered species of plants and animals and also an extensive playground for locals and out-of-state tourists.

“There are two major seasons in South Florida, the dry and the rainy season,” Ansar said. “The two are diametrically opposed in terms of requirements for intervention in controlling freshwater flow. In the dry season we must be vigilant and somewhat strategic in controlling the levels of freshwater in the different reservoirs, lakes, and conservation areas. In the rainy season, also known as hurricane season, we must be tactical and ready to act to prevent floods and damage to existing infrastructure.”

The hurricane season in Florida starts on June 1st and ends on November 30, which accounts for exactly half of the year and presents unique challenges in terms of inches or feet of rain falling into SFWMD’s topography in a matter of hours.

“The approaching of a storm activates a coordination meeting between the different entities that are responsible for public services in the area,” Ansar said. “There are strict coordination protocols that must be followed in order to prevent floods and guarantee the safety of the population and our infrastructure.”

There is an enormous array of levees, floodgates, and canals that were built over the past century, especially in the 1950s and 60s by the Army Corp of Engineers. They are the backbone of SFWMD’s toolkit in the district. There are areas designated as protected nature  reserves, as well as vast agricultural sectors, densely populated areas and hundreds of miles of coastline, and all of them have different requirements. 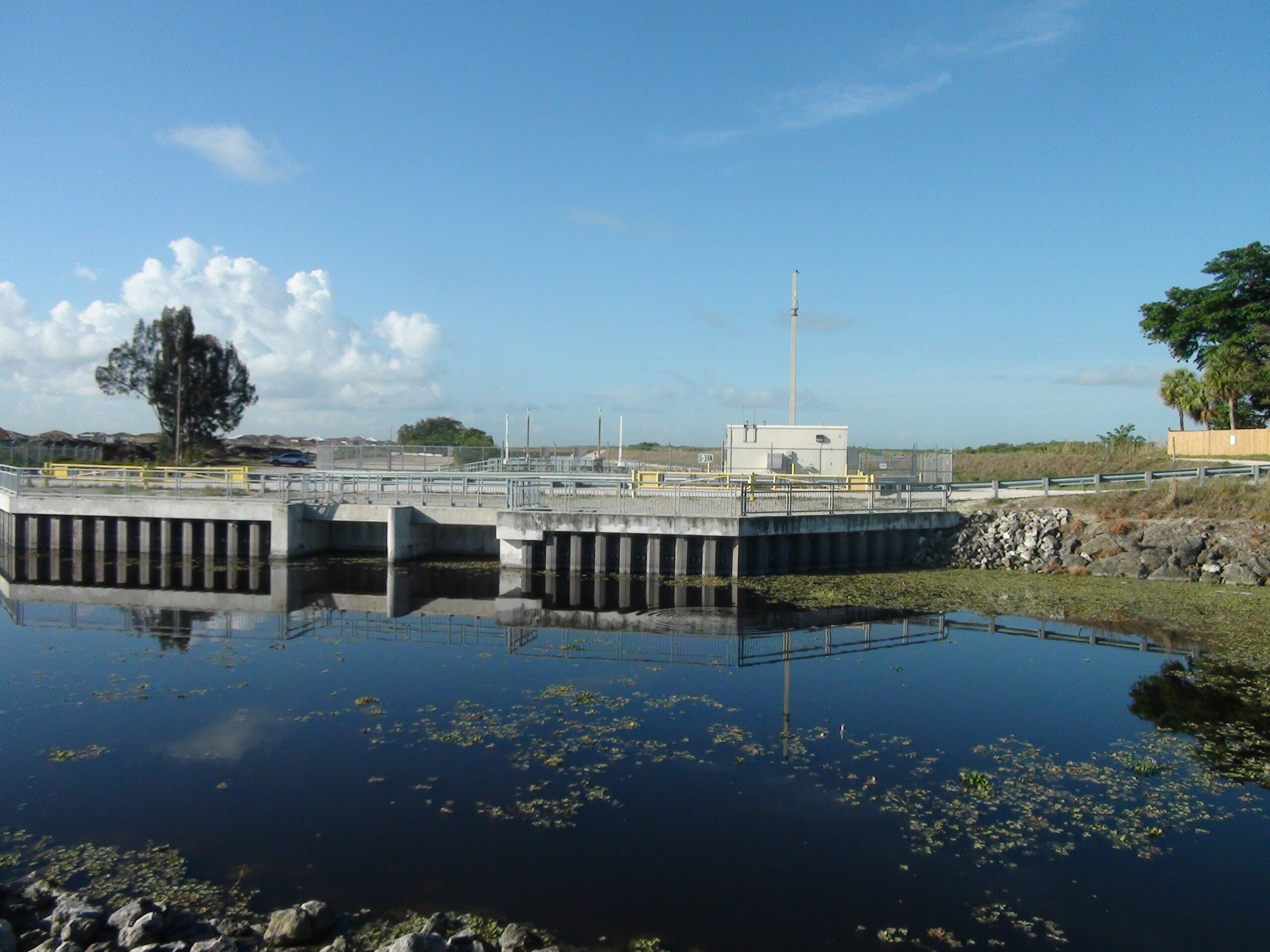 Hundreds of water management stations across southwest Florida help contain water during the dry season and manages its flow during the hurricane season.

“The complexity of managing this enormous area requires a fine balance between the needs of the different sectors, the availability of fresh water in the system, and the rain forecast for the period in question,” Ansar elaborated. “The need of the agricultural area varies greatly between seasons while the populated areas are rather easier to forecast and manage. Every sector has different requirements, and, unfortunately, different political divisions in terms of cities, counties, and unincorporated areas.”

With the rise in sea levels and the impending increase in terms of storms and high tides, Ansar’s team is faced with new challenges with every arriving season.

“One of our most pressing mandates in the prevention of saltwater intrusion into our aquifers and that particular job is getting increasingly difficult with every high tide,” Ansar said with concern. “We are embarked in an aggressive campaign to retrofit our infrastructure to allow us to maintain acceptable levels of fresh water during the dry season while letting us pump more water to the ocean during the rainy season. It’s a delicate balance of water flow heavily dependent on the prevailing weather, the tide, and the season.”

With help from highly skilled surveyors, technology such as drones, weather satellites, and laser scanners, the team of hydraulic engineers at SFWMD keeps a watchful eye on water levels while combating a never-ending battle with the elements to make sure the population is safe and well supplied with fresh water. This is a 24/7/365 effort that is now being complicated by rising sea levels. Our kudos to Ansar and his team of surveyors and hydraulic engineers in continuing a novel tradition that goes back to the Romans, the Nazca people, and thousands of other civilizations that have been confronted with this never-ending challenge.