For most of the second half of the last century there was general agreement that the primary existential threat to humanity was the purposeful or accidental exchange of nuclear weapons.

While that threat has not been completely eliminated, in the 21st century there is a general consensus that the world’s most compelling existential threat is climate change.

The 2021 United Nations Intergovernmental Panel on Climate Change report, Climate Change 2021, put it bluntly: “Climate change is widespread, rapid, and intensifying. There are dramatic changes in the Earth’s climate in every region and across the whole climate system.”

In the United States, at the highest levels of policy and strategy documents, climate change is identified as a national security imperative, with U.S. Secretary of Defense Lloyd Austin expressing his commitment to include climate considerations as an essential element of U.S. national security.

In an interview with The Hill, Austin noted: “The [Defense] Department will immediately take appropriate policy actions to prioritize climate change considerations in our activities and risk assessments to mitigate this driver of insecurity.” The DoD Climate Adaptation Plan details the intended efforts by the Defense Department to make the military more climate-ready. 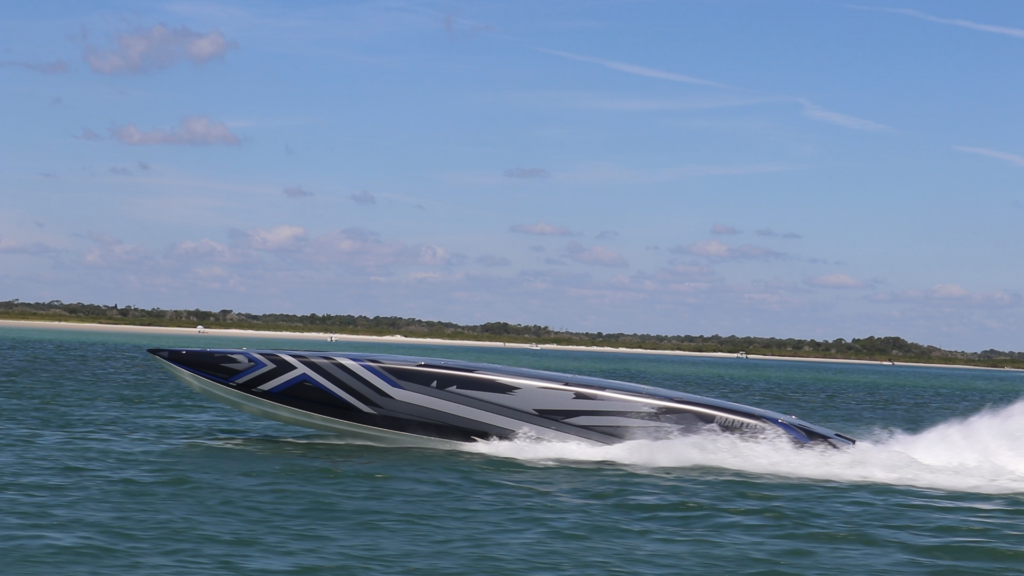 A MARTAC T38 Devil Ray uncrewed surface vessel speeds across the ocean collecting valuable data about the ocean more efficiently than ever before. Credit: Jack Rowley

When people think about climate, their eyes go to the sky. However, it is the oceans that sustain the Earth and what occurs in the oceans has a profound impact on the planet’s climate. Additionally, there is irrefutable evidence that the world’s oceans are under increasing stress and that we must find a sustainable solution to protect them. An essential element of doing so is making data-driven decisions as to what steps to take to sustain the 70 percent of the planet covered by water.

Making these data-driven decisions depends on collecting the right data, at the right place, at the right time. This is not a trivial undertaking. However, increasingly, those with stewardship for various aspects of ocean sustainment are challenged to find an affordable way to collect this data. These gaps lead to an incomplete picture of the ocean’s health, and with it, sub-optimal solutions to achieving long-term ocean sustainment.

Some time ago, the failure to accurately assess a wide array of ocean conditions could be forgiven, as there simply were not affordable ways to do so. But today there are, with unmanned maritime vehicles of various types, especially unmanned surface vessels (USVs). While there have been some tentative attempts to employ USVs to collect such data, there have been few comprehensive evaluations of such a  capability—until now.

The U.S. National Oceanic and Atmospheric Administration (NOAA) and the U.S. Navy have formed a partnership to jointly expand the development, acquisition, fielding, and operations of unmanned maritime systems in the nation’s coastal waters, as well as in world’s ocean waters, primarily to collect real-time, in-situ, oceanic data. 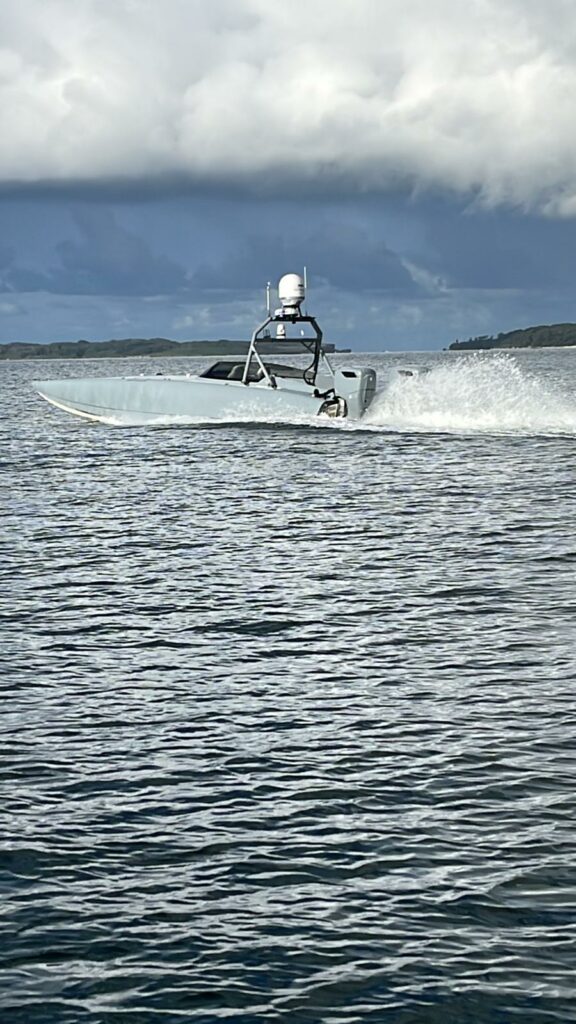 Data collected by USVs provides robust data to help ensure the health and vitality of the world’s oceans.

NOAA conducts research and gathers data about the global ocean and atmosphere to forecast weather, predict climate, protect the ocean, and sustainably manage marine resources. These missions rely on a continuous process of the testing and evaluation of new technologies such as unmanned systems to improve data gathering.

The U.S. Navy’s Naval Meteorology and Oceanography Command’s mission is to define the physical environment from the bottom of the ocean to the stars to ensure the U.S. Navy has freedom of action to deter aggression and maintain freedom of the seas.

The NOAA-U.S. Navy arrangement corresponds with the rapid expansion and innovation in the use of unmanned systems across the government, academia, and private enterprise. The pact formalizes the Commercial Engagement through Ocean Technology Act that directs NOAA to coordinate with the U.S. Navy on a wide range of functions, including research into emerging unmanned technologies.

This NOAA-U.S. Navy partnership is an important initiative that underscores the vital nature of robust data collection and why this is critical to ensuring the health and vitality of the world’s oceans. For both the U.S. Navy and NOAA, a major appeal of unmanned systems is that they can provide a persistent sensor picture for a specific area.

In support of NOAA and U.S. Navy objectives for ocean observation, one U.S. corporation recently demonstrated the use of commercial-off-the-shelf unmanned surface vehicles to undertake a comprehensive environmental monitoring evaluation. This month-long endeavor was conducted under the auspices of the Naval Meteorology and Oceanography Command (CNMOC). Under CNMOC’s stewardship, an Advanced Naval Training Exercise (ANTX) was organized in the Gulf of Mexico, south of Gulfport, Mississippi.

As part of this exercise, Naval Meteorology and Oceanography Command scientists outfitted a commercial-off-the-shelf MANTAS unmanned surface vehicle with a specially designed CNMOC Environmental Monitoring System. These systems and sensors were designed to be carried by this USV in order to provide a one-vehicle solution to important environmental sensing that was, in the past, conducted by multiple platforms. Key to the success of this ANTX was the fact that the catamaran-hulled, compartmented MANTAS USV was outfitted with solar panels, which enabled it to remain at sea for 30 continuous days.

The first round of ocean monitoring was so successful that CNMOC employed a second unmanned surface vehicle (another MANTAS USV), this one equipped with a different suite of ocean monitoring sensors. These included an iWBMSh-STX and Klein UUV 3500 side-scan sonar. As testing continued with both USVs, CNMOC scientists and engineers provided vital feedback and suggested several enhancements to these vessels.

Beyond the collection of vital ocean data, another area where unmanned surface vehicles can make an important contribution is in response to real-world environmental events. The testing described above occurred in the littorals of the Gulf of Mexico, an area that has more than its share of environmental challenges. Unmanned surface vehicles provide the ideal asset to evaluate the extent of damage as a first step in triaging the problem.

One persistent issue well-known to those familiar with the Gulf of Mexico is the fresh water runoff from the Mississippi River. This runoff reaches levels that can damage the near-shore areas on the Gulf. Additionally, green tides and red tides have a similar negative impact. Every time one of these events happens, it hurts tourism in a local region. Using a solar-powered  unmanned surface vehicle that can remain at sea and monitoring the environment for up to 30 days at a time can alert communities to the extent of these tides. This enables officials to be more exact in determining which beaches should close and which ones can remain open.

Affordable Ocean Observation Is Within Reach

It is clear that the need to monitor the health of the oceans will be an ongoing mission for a large number of national and international stakeholders. The use of commercial-off-the-shelf unmanned surface vehicles successfully employed during this demonstration can be readily “scaled-up” and can lead the way to enhanced data collection, transmission, and evaluation of water conditions. The results will help sustain a healthier ocean.

As a major step forward in this effort, U.S. Navy officials encouraged the MANTAS USV manufacturer, Maritime Tactical Systems, Inc. (MARTAC), to scale-up the 12-foot MANTAS used for this effort and produce larger vehicles. This was accomplished, and a larger, 38-foot Devil Ray USV was deployed during several recent U.S. Navy exercises with positive results. These larger vessels (including 24-foot and 50-foot craft) will be ideal USVs to conduct ocean observation due to their ability to carry considerably more sensors and remain at sea for longer periods.

During a recent webinar, NOAA’s deputy administrator Rear Adm. Tim Gallaudet indicated that two of the primary priorities this year for NOAA are ocean mapping and ocean health. Leveraging USVs to accomplish these priorities will go a long way to protecting the oceans.