Above: The third satellite in IRNSS being tested before its successful launch.

What Did Not Happen and Increases, Improvements, Innovations

Sometimes the most telling precursors of the future are things that did not happen. By all accounts, 2014 should be remembered a horrible, terrible, very bad GNSS year with botched launches, toxic broadcast ephemerides, near peak of the solar max, warnings about interference and jamming hazards galore. But none of this slowed the growth, modernization, adoption and acceptance of GNSS and related location technologies.

Despite the bumps there is a new wave of pragmatism and realistic assessment of risk. GNSS is viewed as an amenity, a “given,” just like telephony and the web. Sure, there might be a few inevitable glitches, but we are far beyond any serious thoughts of turning back.

A major setback for Galileo did not raise any seriously considered calls for scrapping the program. On August 22, two Galileo satellites were injected into the “wrong orbit” (about 3,000 kilometers short and about 5 degrees off in inclination). There is still debate as to whether the wayward satellites can ever be utilized as designed. But the program continues, as do those of every constellation provider—the U.S., Russia, China, Japan, and India—and all have continued to augment and/or modernize their constellations. There are now regions of Asia and Australasia that can see satellites from six constellations, with as many as 35 GNSS satellites in view at any given time.

Another surprise came in the form of a system-wide outage of the Glonass constellation on April 2 when (for whatever reason) bad ephemerides were loaded into the satellites. The situation was resolved within 12 hours, and again, the bullet-train of GNSS did not even slow down enough to snap a selfie.

The solar max has not been as devastating as some had predicted, well-publicized solar storms and the expected increases in scintillation aside. For most users there is little or no visible harm experienced. The near total absence of direct harm from (non-battlefield) interference and jamming puts in question the notion that such hazards are prevalent. The difference between potential and prevalent is wide, and, again, the lack of direct harm informs a reasoned evaluation of risk, so few have seen the need to dramatically change end-user or operator solutions.

The call for receiver standards (the FCC historically has had authority only to regulate transmitters and not receivers) and dramatic changes to spectrum use has quieted for the time being. The increasing recognition of GNSS as an as-is given is making it much harder for proponents of unprecedented receiver standards (and whatever agendas or interests they support) to gain much headway.

High-precision GNSS in its many forms has had more than two decades of rapidly growing use from which we can evaluate quality. When the technology was new, skeptics felt that GNSS would somehow be too unreliable for precision work and that irreparable harm would be done, so the absence of appreciable reported disasters or court cases is telling. Ironically, the acceptance of GNSS-derived authoritative positions is seeing a rise worldwide. For example, the Norwegian Land Consolidation Court recently followed the lead of other land administration authorities in developing procedures for RTK (RTK is much maligned by a shrinking subset of skeptical positioning professionals). They worked with manufacturer Carlson Software to implement RTK as a standard. 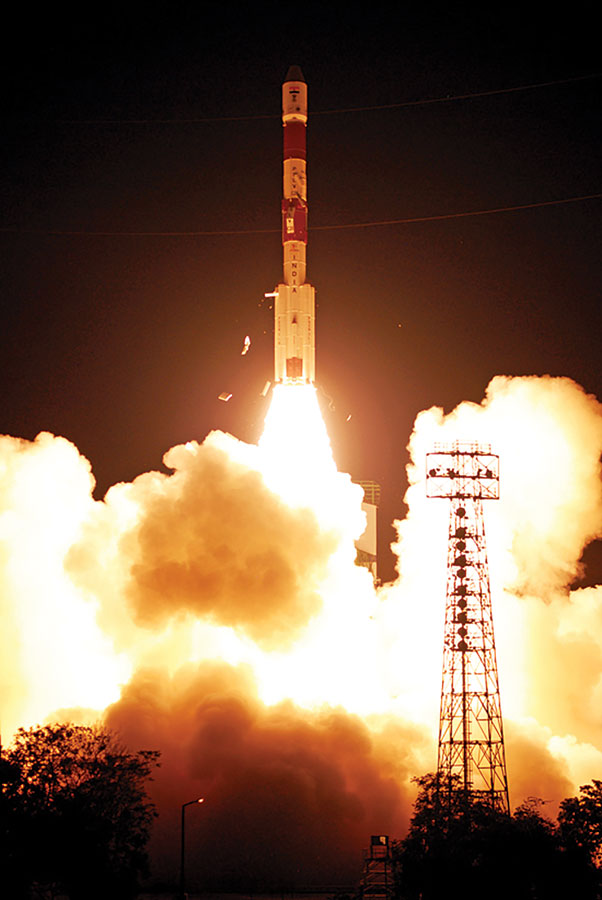 The third satellite in the Indian Regional Navigation Satellite System (IRNSS) was launched on October 16, 2014. All six constellation-provider nations continue to augment and/or modernize their constellations.

Objections are often based on assumptions formed from decades-old experiences with fewer satellites, lower-quality clock/orbit products, and older hardware and software. In the face of modernized solutions, such objections are becoming much harder to sustain. The further adaptation of integrated (e.g. GNSS and inertial) is yielding astounding high-precision results, even for mobile mapping scanners/imaging systems running at highway speeds.

The predicted price wars (low-cost, high-precision GNSS boards and receivers) did begin to some degree and of course will continue. But what did not happen was a feared abandonment of high-end product lines, as many buyers still view solutions holistically and see the true value as being “beyond the box.”

The price of the GNSS boxes may go down rapidly as the prices of key components drop. At the Institute of Navigation’s annual ION+GNSS in September 2014, Shaowei Han, co-founder and CEO/president at Wuhan Navigation and LBS, Inc., predicted that we may see $100 or even $50 GNSS boards within the next few years. Some fear that bargain-priced limited markets for high-precision GNSS will reduce R&D and support budgets, while others see a potential boom in lateral high-precision markets enabled by affordable and integrated sensors.  Precise point positioning (PPP: real-time and with variations, including partial and full ambiguity fix) is close to rivaling—and may soon for many purposes replace—RTK and rapid post-processed solutions. This was also spoken of at ION-GNSS as a given.

The confidence levels in GNSS and the pragmatic approach to risk assessment will set the stage for a broader acceptance of GNSS for more authoritative positions. High precision will be in the hands of more people, with the true value not necessarily in the hardware but in the software tools for wider use and in integrated systems. The days of the standalone-GNSS-wonder-box may soon be at an end (except for a few specialized needs).

The next few years will see the same progress unabated. There will be more satellites, modernized signals, improved clock and orbit products, and innovation. The baseline performance of the constellations and especially multi-constellation solutions will only improve on what we experienced with legacy constellations. Remember when the URE (user range error) of GPS was 10m? It’s now falling below 0.5m (and with Glonass at around 1m).

There has been improvement of all elements of GNSS. It is widely predicted that we could see cm-grade positioning without augmentation within a decade, if not sooner.