Editor’s note: Some of the more significant changes in workflows and data management in surveying field and office operations have come in recent years: a move to mobile, robotics, and cloud-enabled software suites. But, how has implementation played out? We offer the following case study of a forward-thinking surveying and mapping firm that has implemented the MAGNET suite as part of an ongoing modernization of hardware, software, crew configuration, and practices.

The team at DC Johnson & Associates Surveying and Mapping have significantly reduced crew sizes in their San Antonio, Florida-based operation. But, by combining traditional surveying principles with the latest in GNSS technology and cloud-based enterprise solutions, they are more effective, more responsive, and more valuable to their clients than at any point in their 34-year history. Getting smaller to grow bigger is working for them.

Formed by Dan Johnson in 1980, DC Johnson & Associates initially focused on providing surveying and mapping services to developers during Florida’s peak boom years. Then, when the state determined to conserve certain areas, the company was called upon to do the survey work associated with those purchases.

Chris Xynides, the company’s president, cites one example in which they did a survey for a single land owner on behalf of the state and it included 27 sections of land. “That’s more than 17,000 acres; not bad for small firm.” 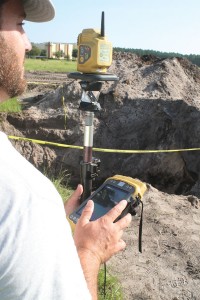 With the prism, DC Johnson’s Topcon PS-103a total station affords them an effective range of 6000 meters with accuracies of 1.5mm+2ppm.

Robots and GNSS Playing Nice Together

DC Johnson has been a long-term proponent of GPS in its operation, having acquired its first base station and data collectors in 1986. “At the time, a pair of GPS receivers probably cost in the neighborhood of $45,000 to $50,000,” said Xynides.

“But we saw the potential it could bring to our work and bit the bullet. By the end of that year, every one of our crews hit the job site GPS-equipped, and things were looking pretty good.

“Later, however, when we decided to expand even further and add robotics to our capabilities, we hit a major snag.” The snag was the ability to generate a shared database between the two technologies: GPS and robotics.

“When we purchased that first robotic equipment to work in conjunction with our GPS gear, we were assured it would create data in a format that was agreeable between the two technologies; that was not the case at all. It was a tough lesson to learn, but that knowledge came in handy years later when we decided to make our next major purchases.”

Fast forward to 2014 when the company, having suffered through the same economic turmoil as the rest of the survey world, has become adept at controlling labor costs by reducing personnel from more than 20 to 11 permanent employees.

“That tends to give people the false impression that we are doing half the business we were in, say, 2008 when we were at our peak numbers,” he said. “What they fail to see is how effective we are now in maximizing everyone’s capabilities. A good deal of the turnaround in that direction is due to changes we made earlier this year: hardware and software purchases which, quite frankly have made us a different company.”

Xynides cites the evolution of field surveying from DC Johnson’s perspective. The most seasoned professionals, he says, have traditionally been found working in the field, surveyors who would then pass their knowledge and techniques on to others in the field. As the pace of surveyors’ work has increased, however, there simply hasn’t been time to pass on that depth of survey knowledge to the field staff. 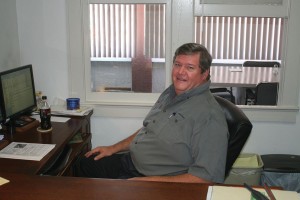 “In addition,” he said, “many of those seasoned pros are now in management positions in the office, so the disconnect is even greater. Issues like, ‘Are we done?’ ‘Did we get what we needed?’ ‘Is that data accurate?’ and so on—questions which generally have been easily answered by the field-based veteran surveyors—are now often still pending until that data makes it back to the office.”

Answer in the Cloud

To improve the flow of information from the field to the office, DC Johnson started enhancing communication through use of photos, field notes, stepped-up cell phone calls, etc. Those efforts helped but proved cumbersome, and the data still wasn’t making it to the “right eyes” until the end of that business day or the next morning, plus it sometimes took an additional full day for evaluation.

“At the time, we had been reading a good deal about a software solution Topcon was offering called MAGNET Enterprise that utilized the cloud for effective data exchange between the field and the office. We contacted Lengemann, the Topcon dealer for this area, and they had two of their sales reps come out to do a demo.”

That initial demo proved impressive enough that DC Johnson arranged for use of a Hybrid Positioning-capable Topcon PS-103 robotic total station, a Tesla field controller, and the MAGNET Field and Office software. After one month of putting both hardware and software through the paces, Xynides made the purchase, along with a subscription to Lengemann’s L-Net GPS network, and has never looked back.

“This approach has dramatically changed our operation, both in terms of efficiency and in manpower,” said Xynides. “One of the things we learned from our experience with [a] previous equipment manufacturer was that we want our crews to be prepared for any scenario. The Topcon hybrid positioning capability combines GNSS, optical, and automated data workflow, so we can address almost any situation we encounter.”

From an efficiency standpoint, Xynides said they’ve all but eliminated the lag time between when data is collected and when (if needed) it’s reviewed back in the office. “I recently had a crew doing a very large boundary survey in Lakeland, which is 45 minutes from our office, and it hadn’t gone as planned,” he said. “In the past, faced with a similar situation, we would have mobilized a second crew with our absolute best guess on where we thought things should be. That might get better results, but if we were still not certain we’d do all it again, and hopefully we’d get the info we need.”

By comparison, using cloud-based software, the DC Johnson crew uploaded their data to the cloud, and then personnel in the office downloaded it and made their evaluation while the crew was completing other work. 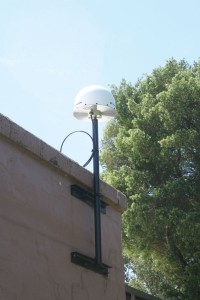 By subscribing to L-Net, Lengemann Corp.’s Florida-based GPS network, company officials estimate they are saving at least half an hour a day in setup time alone.

“Within half an hour, we were sending them revised data, and they set the remaining corners and were out of there. MAGNET allowed us to save ourselves two crew mobilizations and a good deal of time. In fact, we started to map the job even before the crew got back to the office. It’s turned out to be an even bigger asset than we’d anticipated—and we still have so much to learn about it.”

That uptick in efficiency has also resulted in DC Johnson re-thinking the way they assign crews for specific projects. Although they’ve gradually gone from four-man crews to three-man crews and now to just two men, they won’t go down to one.

“When you’re sending just one person into the woods or to a construction site, we feel there’s a safety concern at work there,” said Xynides. “Our new field model is to send two guys out to the same job, but find a way to break them up and use them as two one-man crews. Doing so, we can get things done twice as fast as a lone worker, and we are saving on both vehicle and insurance costs.”

This, he added, is where their newfound hybrid positioning capability has proven so successful. Not only does it allow them to work when line of sight is an issue—which he feels is a great function—but it allows them to essentially break out into a GPS crew and a robotic crew.

“In addition to the MAGNET Enterprise software, our purchase from Lengemann this year included two Topcon hybrid PS-103s, a HiPer SR GNSS receiver, and three of their Teslas,” said Xynides. “And we’re considering purchasing a fourth Tesla which will allow us to have two full setups—GPS, robotics and two Teslas—per truck.

“So what would appear to most to be a pair of two-man crews will, from our perspective, be four one-man crews [all linked to the office through the cloud] utilizing shared transportation—the ultimate in onsite productivity and efficiency. This is all possible because of the strengths the equipment affords us. That technology has helped get us to this point; we’re just making the most of it.”