A unique research study from pioneers in the development of the GPS system yields a plan for a look into the future of PNT—improving resilience, options, flexibility, and availability.

When something like GPS puts positioning, navigation, and timing (PNT) in the hands (and pockets) of millions, maybe even billions, of people across the world, experts begin to question the resiliency and flexibility of the technology. The ubiquity, performance, reliability, and low cost of end-user GPS applications have been the key to its popularity and pervasive integration into our lives and economy. 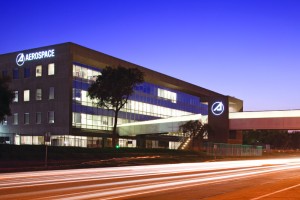 But, in some ways, GPS has become a victim of its own popularity. Users want it to be more reliable and more resilient and for it to have the same capabilities in more places (such as indoors), and they’d like to see other forms of PNT integrated into more applications.

From its very inception, GPS has been susceptible to jamming, spoofing, space weather events, and even policy issues, and in recent years such concerns have been broadly recognized by the rapidly expanding user constituency. While actual, realized, non-battlefield compromises of the system have not materialized at the levels that some people had predicted, the vulnerabilities are real and are taken seriously at the highest levels.

The Department of Defense (DoD) is currently actively fostering the development of PNT alternatives: a backup for GPS sought by both military and civil sectors. PNT–and GPS in particular–have become a modern “given” as critical infrastructure, much in the same way (but to a lesser degree) as energy, water, roadways, the internet, communications, etc. Ironically, PNT has become essential to the operations and management of all of these other utilities and elements of critical infrastructure.

A year ago, The Aerospace Corporation began a study of current and future PNT options to develop a plan to make PNT more resilient and more amazing than it already is. But who is Aerospace Corp? Is it just another defense and aerospace contractor? Not exactly. Its role is unique.

The key characteristic of an FFRDC is that we are unbiased, free from conflict of interest. Our primary role is in mission assurance and mission success of satellite systems. We do this primarily for the Air Force as well as other DoD organizations and select civilian agenciess supporting the nation’s national security space enterprise. And in that role we provide technical excellence and risk assessment and also work hand in hand with our customers on a variety of satellite systems.

Explains Villahermosa, “Currently, we are also doing a lot of work with NASA in human exploration, space science, Earth science, and astrophysics. We also continue to support some of their other efforts, including development of the next-generation human exploration systems and supporting operational roles such as launch.” Read more about Aerospace Corp’s work with NASA here.

Aerospace Corp is also recognized for their pivotal role in the early development of GPS.

Read More about Aerospace Corp’s Role in the Development of GPS here.

He asked us to look at PNT resiliency and to think about potential options for the future. The intent of the study was not to replace GPS, it was not to augment GPS or to modernize GPS, but to think more broadly about how we get our PNT, and if there is a strategy for making PNT more resilient.

While the DoD is looking at specifics for improvement, augmentation, and modernization of GPS and other complimentary PNT options, the goal of Project Sextant is to look at PNT across the board. Villahermosa says,

There is significant activity within the GPS Directorate regarding the resiliency of the constellation. The study was asked to look in a completely different direction; with Sextant you’ll find we have put together the pieces of how you can think about integrating a wide range of PNT options to include GPS in a more resilient way.

The team chose the sextant–along with its early predecessor, the astrolabe–as the namesake for the project because it represents some of the most significant historic technologies for navigation.

How did Aerospace go about executing the study? Villahermosa explains:

It is a study in PNT resiliency, but there are multiple ways to define and approach it. We framed it in terms of three critical elements. First, looking at how to protect PNT services from outages, whether caused by natural phenomenon or man-made threats. The second element was to address options for flexibility and cost. Third: was there a way we can introduce new technologies faster? Again, that harkens to the idea of resiliency through providing more options for PNT.

Is Project Sextant proposing a replacement for GPS? “We did an exercise to look at all of the different PNT options,” said Villahermosa.

We started with GPS and worked our way out to other technologies such as inertial, optical sensors, and opportunistic navigation. And when we looked at all of these options, we came to the conclusion that we could not find a single drop-in replacement for GPS. We couldn’t find a single system that provided the same level of satisfaction, the same range of applications, and the same performance that was not also some variant of radio navigation from space.

Villahermosa outlines another takeaway from the study:

The other key element of the project was this idea of looking at a resiliency strategy. I think there is a shared vision within the PNT, community–and certainly we came upon this from our internal study–a vision of the future in which the users have more flexibility in how they can integrate different sources of PNT into a single user device. It could be multiple sources of GNSS or it could be combinations with inertial and other types of sensors.

There is a tremendous amount of work going on in the autonomous vehicle arena that may be able to contribute PNT sources. Perhaps not at the same performance levels as GPS, but certainly when combined together, this has the advantage of flexibility that speaks directly to resiliency and options.

Integration of multiple navigation and positioning technologies has been accelerating, notably inertial and GPS/GNSS technologies (just look at your phone). What might new end-user devices look like as envisioned by Project Sextant?

Imagine a device that receives not only GNSS signals, but also assisted GPS (AGPS) from cellular networks, opportunistic navigation sources such as various indoor and outdoor beacons, and perhaps incidental emissions from other sources (such as radio and television signals, as some have proposed).

Add advanced inertial components, and you have sources that can refine your position, independently confirm a position, help detect when one or more source is compromised, and take over in environments when primary sources like GNSS might not be available.

GPS is still envisioned as being the primary element in this vision of future PNT, as the team noted, and as such is featured prominently in their research. Ranwa Haddad, principal director in Aerospace’s navigation division who works embedded in the GPS Directorate, says,

We started to look at what synergies exist with what is already being done within the [GPS Directorate]. As you know, the Directorate is involved in modernization of GPS and has deployed a number of modernized capabilities: the new signals with M code, L2C, L5, and L1C.

We work with many other PNT providers and forums to make sure GPS remains protected and that its performance is continually maintained and improved. We engage in international forums, one of which is sponsored by the United Nations: the International Committee on GNSS (ICG), where we meet with other GNSS providers to make sure that Glonass, Galileo, Beidou, and other regional systems play well with GPS and, furthermore, that the end user can develop applications that can track all of those systems and services in as seamless a way as possible. This is synergistic with what the Project Sextant findings were.

Bringing up another potential hazard for GPS/GNSS, spectral policy, Haddad adds, “We also look to make sure that, in an area like spectrum where new services are coming up, they will not adversely impact GPS, especially if they might be candidates for PNT. So we protect the spectrum for GPS and other GNSS, whether it is from satellite systems or communications systems, cellular, etc.”

When asked about specific technologies such as atomic-optical gyros, current maritime and aviation systems, and time-lock ground systems like Locata (see the September 2014 issue of xyHt), Villahermosa points out that Project Sextant was not seeking to choose or endorse specific solutions, only to foster the environment for open integration of all potential PNT resources. 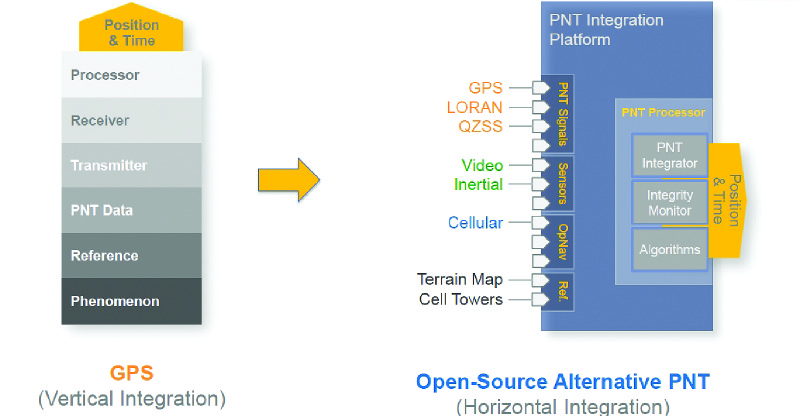 Project Sextant seeks to create a PNT ecosystem that moves the vertically integrated GPS system to one that horizontally integrates GPS with many other PNT sources. Source: Aerospace Corp.

One challenge in the integration of multiple PNT sources is the mix of accuracies and the spatial reference of the sources. For instance, an indoor navigation system–that could take over when GPS is not available–could enable positioning to an expected precision relative to its numerous emitters, but relative to what geospatial values? This is where the disciplines of geodesy and surveying will inevitably come into the picture. Autonomous vehicle navigation based on sources referenced with rough coordinates may not jive with positions from other PNT sources. Getting everything on a consistent reference framework is critical.

Recently, Australia announced it will update its national reference framework to be coincident with the same global reference framework as GNSS in 2020, as will the U.S. in 2022 as planned by the National Geodetic Survey. There could be a substantial market in geodetic certification of the location of PNT sources developing as deployment of integrated PNT moves forward.

With development of individual PNT resources going on independently and at a rapid pace, what would be the roadmap for integration? “The strategy we came up with was to take essentially an open-source approach to creating a device platform,” says Villahermosa.

You can think of this platform as a combination of hardware, software, and open standards. And the idea is that with this platform, you encourage more developers to create more PNT applications. This mirrors what we have seen happening in the tech sector over the past decade. Developers can target certain parts of the existing PNT user base with specific business cases, for all intents and purposes there to generate revenue. We think those are the key ingredients.

This model should be familiar to high-precision users: when GPS signals (a free and raw material) became available to the public, developers took the crude autonomous positioning capabilities and built upon them, like with differential solutions, real-time kinematics (RTK), precise point positioning (PPP), assisted GPS (AGPS), and more. 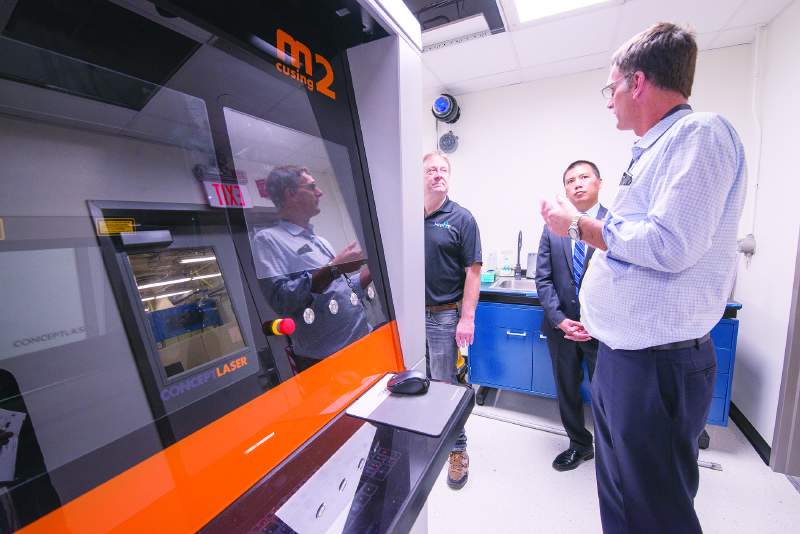 Villahermosa and the Project Sextant team hope this initiative “helps form a PNT ecosystem in which we expect to see accelerated growth, not only in the options available but also with market-tested services that will come from creating such an environment.”

He adds, “Those all provide resiliency–demand drives demand for resiliency–not only to the everyday PNT users but also to the DoD in terms of those flexibility options I mentioned earlier.”

Video interview with key members of the Project Sextant team