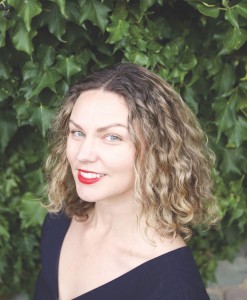 CEO AND CO-FOUNDER OF THE HYDROUS

AS ERIKA WOOLSEY PROGRESSED through her academic and scientific career, she felt something was missing. She said, “[My] message was reaching a limited group of people who already understood the problems.” What was needed to protect and preserve critical ocean habitats was a broader inclusion of stakeholders, and thus she co-founded The Hydrous, a nonprofit education and outreach company.

The Hydrous provides open access to the wonders of the world’s oceans via expeditions, marine surveying, scanning, hydrography and bathymetry, virtual reality, 3D models, and 3D printing, all to highlight the effects climate change and humans are having on our oceans—and particularly on reefs and near-shore habitats. As she notes, “How can we protect what we can’t see?”

Woolsey studied biology at Duke University, then coral reef ecology and biological oceanography at the Bermuda Institute of Ocean Science. She earned her MASc at the University of Sydney, then her PhD with the ARC Centre of Excellence for Coral Reef Studies at James Cook University in Townsville, Australia. Woolsey is broadly published and worked in many research positions before co-founding The Hydrous.