Reviving Interest in the Seas

Pictured: The adventures of Jacques Cousteau, his research vessel the Calypso, and his soucoupe plongeante (diving saucer, aka “Denise”) that he co-designed in 1959 captured the imaginations of generations.

Editor’s Note: xyHt is honored to feature insights from these two distinguished scientists in the fields of hydrography, marine surveying, and oceanography. Part 1 of this series is in the September 2015 issue of xyHt.
xyHt: Not too many years ago people had only a few broadcast channels on TV, but despite the limited programming, right there in prime time were science programs like The Undersea World of Jacques Cousteau, the kind of thing folks would talk about the next day at work and school. Now the “science” channels are mostly running sensationalist fare.

With our oceans more important than ever, what do you think could be done to recapture the imaginations of leadership and youth? 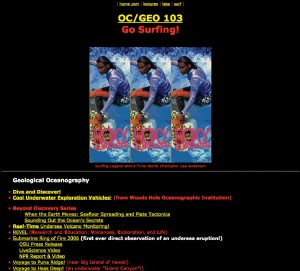 Yes, it’s true that Jacques Cousteau fascinated so many of us who were children in the 1960s and 1970s. What I have always found interesting about Cousteau is that he was first and foremost an underwater photographer and technician as well as an explorer and a very sophisticated showman. And yet he influenced so many of us to go into ocean science.

And, now, what you point out is a bit of the opposite, where some of the trusted science channels on TV are running more sensationalist fare that gets away from the science (and the important conservation messages). In addition to improving the content that is on TV (or guiding more people toward public or educational television), we need to provide content for the platforms that young people are really using. This includes Instagram, Facebook, Twitter, Pinterest, Tumblr, videos on Vine or YouTube, other kinds of apps that they access on their phones, streaming on-demand services such as Hulu and Netflix, etc.

We need to share science and conservation adventures, opportunities, and concepts via these platforms. As an example, I think it was very savvy of the Mission Blue Sylvia Earle Alliance to release Sylvia Earle’s most recent film on Netflix.

I also think there is still no substitute for speaking to young people directly at their schools or at special events designed for them (e.g., young people’s events at aquaria, science centers, or libraries).

Those of us who are professors and teachers can certainly expose our young students to these opportunities in the classroom or via field trips, or we can welcome them into our research labs as interns. I maintain links to several resources that young people can explore at my Exploring the Deep undergraduate course site and my Davey Jones Locker catalog. 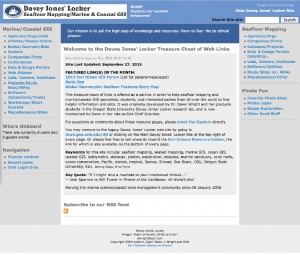 I grew up watching Jack Cousteau, too, and followed the adventures of the Calypso. One of the things that I always admired was their imagination and initiative to adapt “land-based” equipment to ocean work; it inspired me to become an engineer later in life.

I was also inspired by other ocean explorers, such as Ramon Bravo (youtu.be/mh6Lt–DXAI), probably the most prolific Latin American ocean explorer who also had a TV series. Those kinds of shows allowed our generation, through the TV screen, to explore the oceans, an unknown world for most people.

A lot has been said around those same topics for decades on TV; perhaps that’s why there is not much attention today. I think that in order to make real research interesting again we need to combine underwater technology with Web (and Web GIS) technology in order to display in an appealing way new discoveries in the ocean.

It is also important to promote among the public the importance of the oceans in the world’s ecosystem and its influence on weather, for example, how the ice melting is affecting us all.

There is so much to tell about the oceans and the mysteries of life in its deepest parts without the need of sensationalist reality shows. I think the internet, YouTube, and social media are excellent means for this type of communication.

Here’s part 3 of this interview.