An overview of criteria for obtaining and processing 3D data today.

Above: Reality Capture has always played a role in the safety factor for surveyors and data collectors. Image courtesy of Olsson Associates.

Ten years on, 3D and BIM are the de facto standards for design. It took firms a long time to recognize the efficiencies of moving away from unintelligent 2D, and we’re now seeing a similar pattern in the digital reality capture industry.

Among building and manufacturing professionals, reality capture is of growing interest, but it is taking time for firms to understand its power and to alter their workflows to justify the investment in software and equipment. Because reality capture can significantly reduce time to model as well as increase model accuracy, 2016 is poised to be a breakout year.

The three prime ways to obtain terrain or built-environment information digitally are digital cameras using photogrammetry, mobile lidar systems, and high-definition laser scanners. Cameras or lidar equipment mounted on unmanned aerial vehicles (UAVs) can increase data-collection speeds, and that data can be used to create 3D models for many applications. 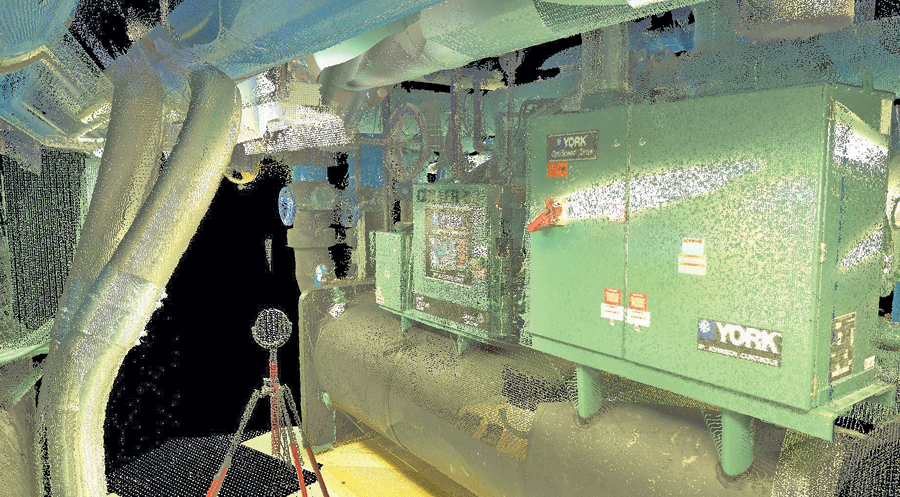 With advanced data management and toolsets that allow the streaming of entire project point clouds into the design environments of AutoCAD Civil 3D, Revit, and Navisworks, designers don’t have to balance between point cloud density and computer performance. Image courtesy of Olsson Associates.

Both scanning and photogrammetric methods result in a point cloud. The difference is that scanning can capture greater details such as material textures, while photogrammetry can produce a point cloud faster, but with less accuracy. So, AEC professionals have to weigh the benefits of each capture technique against the final product. Does the project and/ or client require fine detail? If yes, the cost of HD scanning, while significantly higher than camera-based capture, may prove well worth it.

Resolution is an important consideration because point cloud files rapidly balloon in size. This makes them unwieldy for file sharing and collaboration if you’re not prepared with the right tools, and (depending on the workstation) can even overwhelm CPU power. A huge mass of data does not always equate to improved accuracy. Can you make do with a 20-megapixel camera, or do you really require a high-resolution HD scanner?

Once the data is captured, a technician has several choices to index a point cloud to geo-coordinates. Most photogrammetric camera and laser scanner manufacturers offer proprietary software to bring the data gathered into a digital format for registration. Software companies also have system-agnostic processing programs that digest more than one format, Autodesk ReCap 360 Ultimate, for example.

Once the point cloud has been registered to reference points for contours, roads, curbs or any other feature, technicians will require geometry-recognition software to generate a solid model. Engineers can then import the solid model into 3D design programs.

There are several program options. If the data was gathered using a Leica scanner to produce the point cloud and the end product is a Civil 3D terrain or AutoCAD solid model, the surveyor could use CloudWorx for AutoCAD. For BIM deliverables, Scan to BIM can extract models from a point cloud regardless of how it was imported into the Revit environment.

Down the road, construction firms can use Navisworks to compare the design against as-builts. In this case, surveyors collect data using a Leica scanner and then register and process it with Cyclone. Then a design engineer can use CloudWorx for Navisworks to bring the point cloud directly into Navisworks for clash detection, without importing or exporting the data to change file formats. 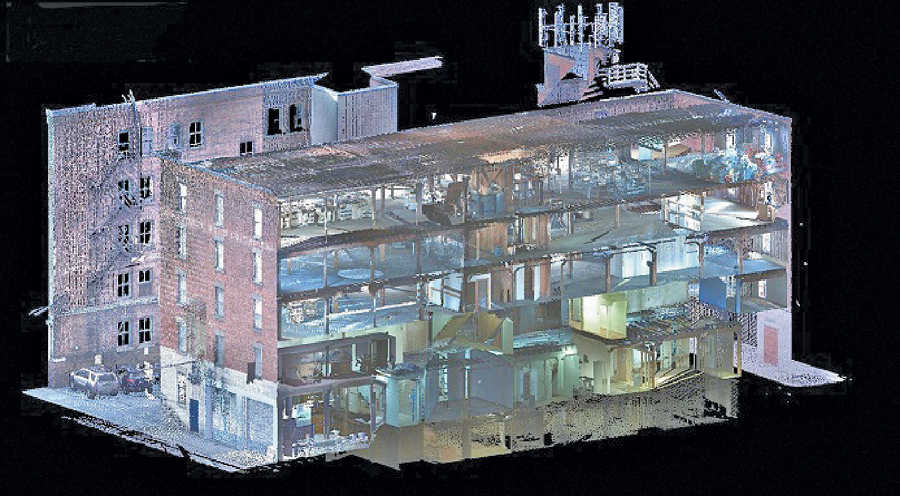 With advanced data management and toolsets that allow the streaming of entire project point clouds into the design environments of AutoCAD Civil 3D, Revit, and Navisworks, designers don’t have to balance between point cloud density and computer performance. Image courtesy of Olsson Associates.

There are several ways to manage reality capture data. One of the products we often work with is Leica’s JetStream, which helps relieve the strain on CPUs commonly experienced when working with point clouds. A server-based high-performance data stream for HDS projects, Jetstream manages full density “all the data all the time” with a level-of-detail delivered in real time, eliminating refresh requirements.

Working together, CloudWorx and Jetstream maintain high-productivity workflows where no one is sitting around waiting for a render. Jetstream’s central data store compresses files, resulting in files 10%-20% of their original size, and network access eliminates data duplication on multiple workstations. This simplifies back ups and file management while reducing time to design and money in terms of productivity.

As UAVs, photogrammetry, scanning, and point clouds gain increased acceptance for reality capture, making the data more accessible is key. Many engineers and designers will be pleased to see datasets become more nimble and flow easily to all project stakeholders. Increased utilization of point clouds in design, construction management, and owner involvement will enhance collaboration on almost any project.