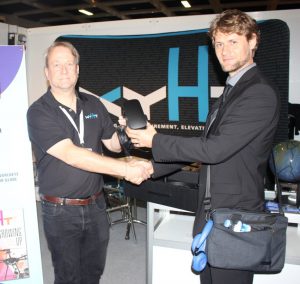 Congratulations to new subscriber Linus Smid, a recent masters graduate in geotechnology (geochemistry and geoinformatics) from TU Berlin. Linus subscribed to the digital edition of xyHt at our booth and won from a random drawing an Oculus Rift package. We wish Linus luck with his job hunt and additional research using the Oculus.

Aleksander Saso also subscribed to our digital edition at the booth and won from a random drawing a Gakken World Eye Projector Globe. He plans to use it at work at Calcon GmbH for real estate cost-estimation projections (pun intended). 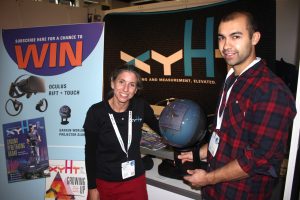 Thanks to all who stopped by our booth at Intergeo. We’ll see you next year in Frankfurt!