With the retirement of Land Desktop, many land surveyors and engineers are wondering where to go next with their design software. This month’s column is the first of a two-part series explaining how and why two AutoCAD Land Desktop experts made the decision to move in different directions: Jennifer DiBona currently recommends Carlson Software, and Eric Colburn, PLS currently recommends AutoCAD Civil 3D. Eric’s case for moving to Civil 3D will be in next month’s issue of this magazine.A little over 10 years ago Auto-desk bought CAiCE Software and, shortly thereafter with the introduction of Civil 3D, it was obvious that Land Desktop was on its way out. For those of us who had used Land Desktop since the days of DCA and Softdesk, we looked forward to the automation that Civil 3D promised. Now, granted, we got a lot of new automation with Civil 3D, but we got a lot of new learning curves as well. Civil 3D isn’t so much an upgrade to Land Desktop as it is an entirely new way of designing and drafting and using AutoCAD. It isn’t meant to be used out of the box, and finding your way through the maze of styles and templates can be exasperating. Over several years and several releases of the program, I tried to map out a successful strategy to move various clients from Land Desktop to Civil 3D. It wasn’t that it couldn’t be done; I just needed to be 100% sure my clients would still be able to get projects out the door ahead of schedule and under budget before we pulled the trigger. Before I ever got to that comfort level with Civil 3D, I sat through a demonstration of Carlson Software. I was already familiar with Carlson Survey because I’d worked with it when it was called Autodesk Field Survey. But when I saw how simple they’d made the design process and learned more about the ways they work with their customers, I became a fan. With their Civil and Hydrology programs, they had managed to incorporate the dynamic design and automation my clients were looking for into a product that anyone with basic AutoCAD experience and a little design knowledge would be able to pick up quickly. In full disclosure, not too long after that demonstration, I became a reseller of Carlson Software products and continue to sell their software today.

For 30 years, Carlson Software has been developing products for the mining, land surveying, engineering, and the construction industry. Today, their line of software and hardware products covers all aspects of land development from data collection to design to construction, including machine control. When trying to compare apples to apples, the programs included in Carlson Civil Suite—Survey, Civil, Hydrology, and GIS—are the general equivalent of Civil 3D and/or the combination of Land Desktop, Civil Design, and Survey. Carlson Survey, Civil, Hydrology and GIS can be purchased as part of the Civil Suite or as individual, standalone programs. Whether purchased separately or as part of the Civil Suite, each program includes a free copy of embedded IntelliCAD (a clone of AutoCAD) or can be installed on top of any AutoCAD-based program such as AutoCAD, AutoCAD Map, Land Desktop, or Civil 3D versions 2004-current (excluding AutoCAD LT). You can read more about IntelliCAD in the May 2012 edition of this magazine. 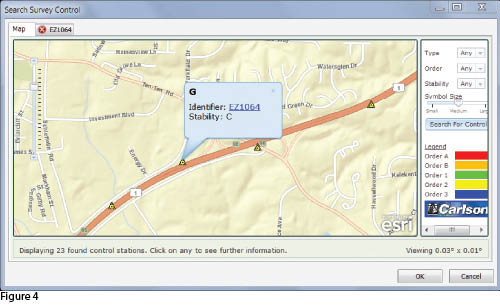 As an alternative, Carlson Survey can also be purchased with an embedded AutoCAD (like an AutoCAD LT) platform.Surveyors can rest assured that, regardless of the preferred platform, Carlson Survey truly includes all the functionality they need to do their job. In addition to the obvious inclusion of features such as survey adjustment, Field to Finish, and Cogo it also includes SurvNet (Least Squares), LotNet (subdivision design), surface modeling and volumes, profiling, and some GIS routines.In short, it can help save time and money by increasing productivity without having to spend a bundle on new software, upgrading hardware, training staff, and outsourcing setup and implementation tasks. The reasons I recommend Carlson to surveyors and engineers can be broken into these four areas:

One-time and Yearly Cost for Software

Carlson Software is incredibly easy to learn even for those who aren’t very CAD-savvy. The workflow is similar enough to Land Desktop or Eagle Point that folks who have worked with those programs tend to pick it up quickly.  The majority of the questions will be of the “where can I find …” variety.Carlson also offers totally free technical support via phone and email whether it’s during your trial period or after you purchase and whether you’re using a current or old copy of the software. They feel this is the best way to guarantee the software is easy to use and meets the needs of their customers. And, if the question leads deep into the weeds of the software, it’s not uncommon that you end up talking to one of the programmers to get answers or offer suggestions for future updates. Additionally, Carlson doesn’t retire their software and doesn’t require you to upgrade the AutoCAD platform to be able to run their programs. Got a question about SurvCADD 2004? They’ll have the answer.As with any software, you will need to configure Carlson to meet your standards and to establish default settings. Carlson provides easy import routines from Land Desktop, Eagle Point, and other programs for many features such as Description Keys and Field Codes. After these have been customized as needed, it is easy to save settings files so they can be shared with your team or re-applied after program upgrades or re-installation.Carlson also comes pre-loaded with about two-dozen Field to Finish code files for various departments of transportation, many of which have standardized on Carlson SurvCE for data collection or Carlson Survey for the office.With regard to how Carlson manages data files and folders for a project, Carlson gives you a couple of options: 1) You can keep it simple by specifying a single folder into which all project-related files are stored or 2) You can create a customized folder/sub-folder structure and specify the folder into which each file type is to be saved. Figures 1 and 2 show two project folder structures, and Figure 3(see page 36) shows the window where files of different types are assigned to the proper folder.

In my opinion, from a business owner’s perspective, this is the area in which Carlson truly shines and in a couple of different ways.First, Carlson gives you dynamic design capabilities using only standard AutoCAD entities such as lines, text, and blocks with attributes. This means that files can be shared with others using practically any CAD program without getting the dreaded warnings about the presence of “proxy entities” (proxy entities are shown in place of custom objects that are unique to the program that created them). For instance, point or surface entities saved in a Civil 3D 2013 drawing file will show up as proxy entities in Civil 3D 2012 or Carlson Software because those entities are unique to Civil 3D 2013. The only way to get the data to Civil 3D 2012 is to use LandXML as a transfer utility. You can read more about LandXML in the April 2011 edition of this magazine.Second is Carlson’s willingness to work with any manufacturer that is interested in working with them. President Bruce Carlson calls this “coopetition”: cooperation even if it’s with your competition. Several years ago Carlson and Esri agreed to work together, and the results have been beneficial for all design professionals but particularly for land surveyors. Because of “coopetition,” Carlson provides customers with some Esri-driven commands such as Search Published Control (Figure 4). In this command, users zoom to their area of interest on a map of the United States to find one or more published NGS control monuments, view the monuments’ NGS data sheet and then import the point(s) into the Carlson point file. Another example of the “coopetition” between Carlson and Esri can be seen in CAD files or MXD files exported from Esri’s GIS programs. These files can be used in Carlson’s desktop software or in Carlson’s Surv CE data collection software to access the associated GIS data. For instance, using the Esri-generated DWG or MXD as a background file in SurvCE allows you to collect properly attributed features that can go right back into the GIS database. Throughout the desktop software you can also find a seemingly endless number of commands allowing you to import from, export to, and convert files to other formats. For drawing data, Carlson will export to MicroStation DGN, Google Earth KML, Topcon LN3, and many others. Examples of point and surface data files that can be imported and exported are shown in Figures 5 and 6, and similar conversion routines are available for alignments/centerlines, profiles, parcels, pipe networks, etc.

Features That Save Picks and Clicks (therefore saving time and money)

Anyone who spends just a few minutes browsing the features and commands in Carlson will have no doubt this is a program written for surveyors and engineers by surveyors and engineers.  In my opinion, Carlson’s strengths are 2D and 3D Field to Finish, subdivision layout and road network design, surface modeling (including quantities) and 3D visualization. Here are some of the features I believe provide the most bang for the buck for surveyors.Figure 7 shows features of a site that have been collected and drawn using Carlson Survey’s Field to Finish command. First, 2D and 3D symbols were inserted where needed. Field to Finish then generated both 2D polylines to be shown on plans and 3D polylines to be used as breaklines in the surface model. The surface shown in the image was created from Field to Finish-generated entities. Field to Finish was also set up to tag fire hydrant, property corner, and sewer invert points as “non-surface” so they’d be ignored by the surface model. Carlson also has several very powerful commands to help with construction staking. The Set Points On Entities command allows you to set survey points on one or more entities in a drawing. If specified, the command can set points at endpoints of lines or arcs, vertices of polylines, insertion points of blocks, and at the radius points of circles or arcs all in one fell swoop. You can control whether the same point description is used for all points or if you should be prompted for a different description for each point, for each entity, or for each layer. And, if needed, it will even include the length of radius in the description.Using a combination of the Draw Building Envelope Polyline and Building Offset Extensions commands makes it very easy to create new offset points perpendicular to the corners of buildings (Figures 8, 9 and 10). One of my favorite commands in Carlson Survey is the Process Deed File command. After entering bearings and distances and saving them to a deed file, you can use the Process Deed File command to view the deed calls in both a table and graphic view. From here, you can change the point of beginning, make edits to calls that were incorrectly entered, or even insert a line or arc segment that was skipped accidentally (Figure 11).Finally, another command that is quite popular with land surveyors is the Legal Description Writer. This nifty command can save considerable time by exporting a report similar to the one in Figure 12. The user can select a polyline for the boundary or pick inside a closed polyline boundary and then export the results to a Notepad or Microsoft Word file. The command also provides dozens of settings for changing the verbiage to your liking.One particular program will not be the right solution for everyone, but these are the reasons I think you should consider Carlson Software. Everyone should do their own homework, take advantage of every day available in a 30-day trial, and come to your own conclusions. As always, I welcome your comments and feedback, and I look forward to reading Eric’s presentation next month.