This entry is part 2 of 5 in the series xyHt in print, June 2015
Above: The new standards are independent of map scale or contour interval and provide a way to deal with lidar data.

The positional accuracy of geospatial technologies has improved dramatically in the past few decades, and digital maps have replaced paper maps, making old ways of comparing maps obsolete.

Satellite and inertial positioning, aerial triangulation, lidar sensors and mobile mapping systems, interferometric synthetic aperture radar (IFSAR), unmanned aerial systems, and other key geospatial technologies have come a long way since the American Society for Photogrammetry and Remote Sensing (ASPRS) last revised its geospatial accuracy standards, more than 30 years ago. To catch up with the technology and fill a critical need for both map users and map makers, ASPRS recently released its new Positional Accuracy Standards for Digital Geospatial Data, available at asprs.org.

Traditionally, map users have relied on a map’s scale and contour interval as an indication of its accuracy, while map makers have relied on them to make difficult tradeoffs between accuracy and cost and to reliably and consistently describe their products.

Unlike prior standards, the new ASPRS standards are independent of scale and contour interval. They address the higher levels of accuracy that can now be achieved while also being flexible enough to accommodate continuing technological progress. By using tutorials and examples, they guide users through the transition from the old standards to the new ones and as they convert between them.

To develop the new standards, ASPRS formed a Map Accuracy Standards Working Group—a joint committee under its photogrammetric applications, primary data acquisition, and lidar divisions. A subcommittee of this group, consisting of Dr. Qassim Abdullah, Dr. David Maune, Doug Smith, and Hans Karl Heidemann, was responsible for writing a draft. After extensive review, both within ASPRS and by other key geospatial mapping organizations, the ASPRS board of directors approved the final document on November 17, 2014. After final formatting, ASPRS released the standards on March 2, 2015.

“We need accuracy standards to quantify the quality of maps so that we can compare them, as well as different data sets, such as lidar,” says Abdullah. “We need every data set to be labeled with a certain accuracy, which tells us how accurate the position of that data set is in the world.

Many of the data acquisition and mapping technologies on which legacy map accuracy standards were based are no longer in use. For decades, the concept of hardcopy map scale dominated the mapping industry, and the old standards were designed to deal with plotted or drawn maps as the only medium to represent geospatial data. They lacked a place for digital imagery and point cloud data. Comparing digital mapping products requires different measures.

During the transition from hardcopy to softcopy mapping environments, “most standard measures for relating ground sample distance and map scale to the final mapping accuracy were inherited from photogrammetric practices using scanned film,” the new standards document says. “New mapping processes and methodologies have become much more sophisticated with advances in technology and advances in our knowledge of mapping processes and mathematical modeling. Mapping accuracy can no longer be associated with the camera geometry and flying altitude alone. Many other factors now influence the accuracy of geospatial mapping products.”

Among these factors, the document lists the quality of camera calibration parameters; the quality and size of a digital camera’s charged coupled devices; the quality of the photo measurements, the GPS signal, and the aerial triangulation solution; the quality and density of ground controls; and the quality of the digital terrain model used to produce orthoimagery. “These factors,” it points out, “can vary widely from project to project, depending on the sensor used and specific methodology.” Additionally, the legacy mapping standards did not consider elevation products from such active sensors as lidar and IFSAR that did not yet exist. 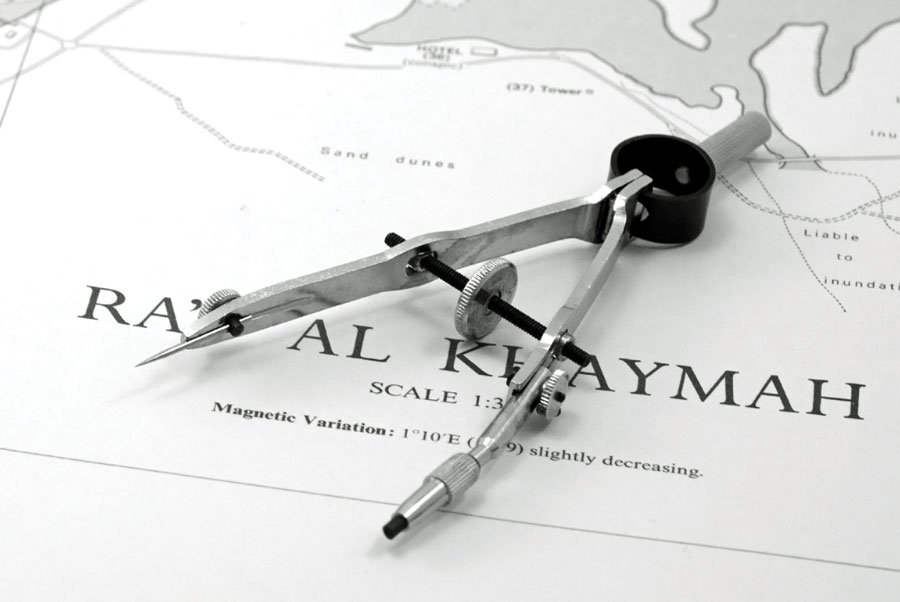 The new standards improve the ways of dealing with current mapping products and introduce many new data fields and measures. In order to accommodate products from any of the current or future mapping technologies, they provide an unlimited number of horizontal and vertical accuracy classes.

“We need it to be a progressive standard that can accommodate current and future technology,” says Abdullah. “We don’t want it to be obsolete in a few years. Therefore, we adopted a very flexible system. The new standards do not limit the accuracy to a certain number of classes or certain thresholds, like the old ones did. Whenever we have a new project, no matter how accurate it is, we can call it according to its accuracy. If, say, in five years we come up with a product that is much more accurate than what we have today, the new standards will be able to handle it.”

The new standards provide a way to deal with lidar and other modern technologies. They utilize positional accuracy thresholds for digital orthoimagery and digital elevation data that are independent of published ground sample resolution, map scale, or contour interval. They provide accuracy measures for aerial triangulation, ground controls, and orthoimagery seam lines. They provide a relative swath-to-swath accuracy measure for lidar and IFSAR data, a horizontal accuracy measure for elevation data, definitions and guidelines for the delineation of low-confidence areas for elevation data, and guidelines on the required number and spatial distribution of QA/QC check points based on project area.

Geospatial professionals will not face a steep learning curve implementing the new standards, according to Abdullah, though older map users who grew up with map scales and contour intervals will have some difficulty learning how to evaluate map accuracy without using them.

“The younger generation will be better at it because they grew up in the digital era,” he says. “Map users who are not geospatial experts will find the new standards easier to understand than the old ones because they are very simple: ‘This product is accurate to x centimeters or y centimeters,’ and that’s really it.”