On July 17 2018, Ordnance Survey (OS), the United Kingdom’s national mapping agency, released a trial of a product called “OS Zoomstack.” At the time many overlooked it, as Ordnance Survey makes lots of their data over 1:5000 available for free. I have to admit I was one of them.

In August of last year, one of my developers was putting together a web map, and I spotted that quite a bit of the data was incorrect; there were substantial parts of the area around where I live missing. It turned out that he was using Mapbox and the map I was looking at was using Open Street Map, so we started looking at how we could bring the Ordnance Survey data into our map system.

You can see in the example below. Even though both data are open, the Ordnance Survey data has all the buildings as well as more up-to-date boundaries for the land. 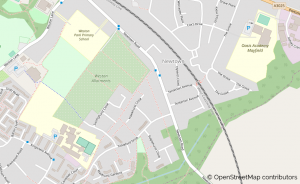 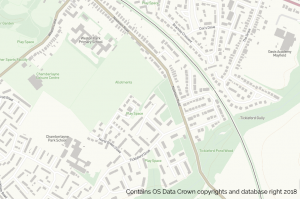 Let’s be clear: I am not saying that Open Street Map isn’t good data. It is kept up to date, and you can see things being updated on a daily basis. The Ordnance Survey Zoomstack, though, is derived from their definitive 1:1250 scale MasterMap product, which is updated on a quarterly basis and is used by all planning and government departments within the UK, so you can have a little confidence in where things lie even if it is a little generalized.

The great news doesn’t just stop there. Ordnance Survey has a history (as do many geospatial companies) of providing their data in specific formats, mostly Esri shapefile and GML. The  Zoomstack is a scaled map that you can use from overview to street-level mapping, the detail in the map changing as you zoom in and out to keep it quick, but providing the information you can see at the relevant scale (there is no need to see buildings at 1:250,000 just as there is no need to see urban extents at 1:10,000).

To provide this product, Ordnance Survey broke a few rules and gave the data in Geopackage, PostGIS, MBTiles or (this was the killer) an API so you could just hook it into your own web map build. 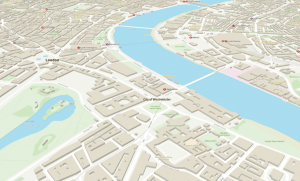 Zoomstack can also use webGL 2.5D.

You’ll note that I am talking in past tense. According to an announcement that OS made on January 28 this year, OS Zoomstack is out of trial and now fully supported. You heard that right, OS now provides an open-source mapping product which is derived from their definitive mapping product, and this is only the tip of the iceberg.

It appears that the OS Zoomstack may be a trial for some of their products, though it is a little early to tell which. What we do know is that a company called Europa Technologies has created an OS Mastermap Zoomstack. which in the future would be a great bonus for OS to provide this rather large and heavy super detailed data (60gb+) and that Europa has been talking with OS about the product. There is also another reason for the Mastermap data to go down the “Zoomstack route”—due to a UK Government requirement to open the Mastermap data up (more about that in another blog!). 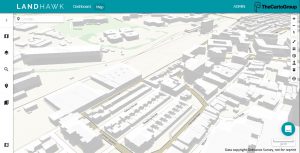 So, if you need some open-source mapping of the UK you won’t go wrong with the OS open Zoomstack. It runs really quickly in QGIS using Geopackage or PostGIS and runs seamlessly on the web using MBTiles or the API (currently at no cost). Give it a go—you’ll find a map to play with here and links to all the data.