Being asked to write about mentoring, I find myself reflecting on my years in GIS …

—The multiple teams I’ve managed and the challenges along the way, plus how I approach leadership or mentoring now, and how my teams go about getting advice when no help is present. First though, what do we mean by automation? And in what kind of business environment?

Commonly, many people think of automation as being a new thing, though in reality in the GIS world it has always been there; we were simply smart enough not to tell the boss or get caught using it.

I remember a project for a national mapping agency where I set targets related to the amount of work, with a little Windows batch file and some simple models in Esri ModelBuilder. I would set a process going every morning and drink lots of tea, all while achieving targets and accuracy well above some of the others who were doing all this by hand.

When we consider what a GIS is, we should consider if it’s an automation process in itself. Take a look at the script behind your point-to-raster tool and you’ll find an automation there that considers the points, gets the spacing, interpolates, and then generates the cells related to it.

We then string many of these processes together to create workflows that simplify our work. This isn’t anything new; it was popular back when we were using ArcView 3.x almost 20 years ago and used avenue scripts to automate the software. Esri, QGIS, and other GIS providers are big on workflows: the method you use to string your processes together to get your result.

When we talk about automation now, we think of AI and how it can consider decisions to “automate” the process, but in reality it is we, the user, who has to go back into the software to tell it that it made the correct decision.

In either case, over my years in GIS I have worked on more and more automation, but it has never taken anyone’s job. Instead, it has meant that other areas of the business can be put into focus.

Whom to Turn To

As a GIS user being mentored, I’ve found that although I’m often needing to learn new languages and processes (like AI or machine learning), I can take courses or talk to mentors through places in the UK like the AGI, Ordnance Survey, or the Royal Geographical Society.

The problem for me has become, “Who is the definitive source?” or “Who is best to talk to?” as there is so much information available on the internet that trying to find the right help is extremely tricky.

I am currently working on particularly innovative work, and that is extremely lonely as there is no one to talk to, mostly because I’m working for a small business. If I were in a larger team or had any similar-minded experts at hand, that would be a blessing!

As a mentor, I’ve found that as new ideas, processes, and workflows are formed, the most mentoring I do is around core GIS values. Also, how you manage and work with workflows defines the way you teach or help people.

I have mentored people inside and outside of my work (through the Royal Geographical Society), and automation is never a question; it is always what you try to achieve through GIS, whether you’re in a small company or a large one (though more QA is required in the latter).

I prefer one-to-one discussion and training, but if you were to ask my colleagues or staff, they would tell you that they could learn to fly a helicopter through a 30-minute video on YouTube; in fact much of our external training is given in this format and some awesome resources are on YouTube.

Is this the right way to learn? Is it safe? That is another discussion. 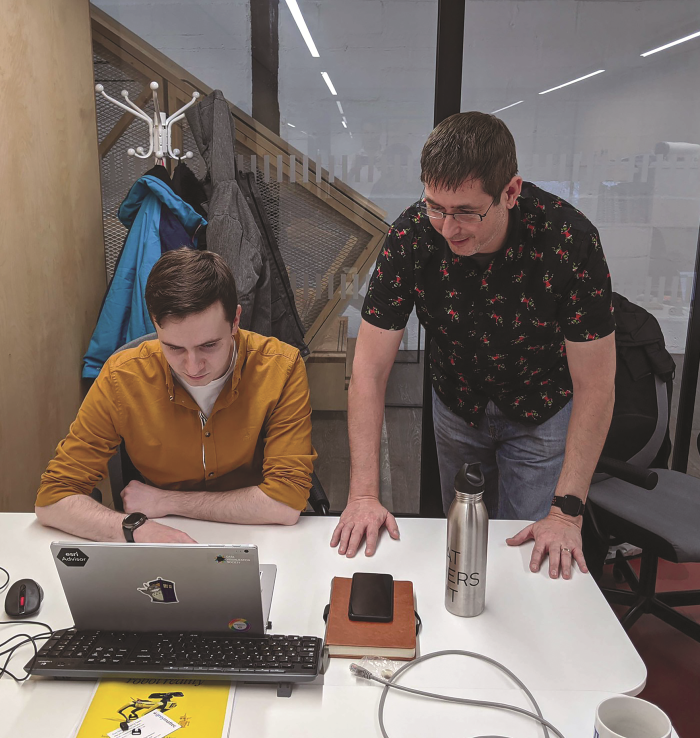