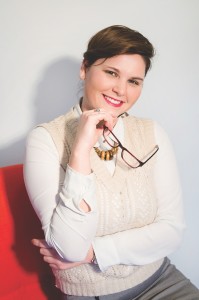 DIANA BECIREVIC’ IS A PROACTIVE ENGINEER, with a BS and an MS in geodesy and geoinformatics from the Faculty of Geodesy, Croatia. She also served as the editor-in-chief of a student magazine that encouraged cooperation between academia and the private sector, which is still active today. After school, at a surveying equipment distributor in Croatia, she worked as a research intern in laser scanning and UAV applications and as a surveyor performing scan-to-BIM projects. She is enthusiastic about real-time sharing and collaborating using aerial data.

Diana shines especially in her volunteer activities. She’s a member of the executive board of the Council of European Geodetic Sur- veyors and a representative for FIG Young Surveyors in Europe. She has also earned honors and awards, including the Rector’s award for a cloud-based GIS application for all elementary schools in Zagreb, and her team won first place in a student contest organized by the Council of European Geodetic Surveyors for her research and development plan for remediation of a landslide in Croatia.