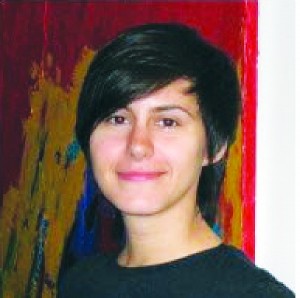 WE ASKED LAST YEAR’S “40 UNDER 40” honoree Caitlin Blundell if she knew of a rising star in the Canadian geomatics community, someone having an impact at the local level and serving as an inspiration for other young folks entering the geospatial professions. Her rapid answer was Jasna Filipovic. Others in the Canadian geomatics community concurred.

Jasna is an enthusiastic geospatial practitioner—enthusiasm that peers say is contagious. A GISP with a degree in environmental studies (honors in geography) from the University of Waterloo, Jasna was a student GIS analyst for the City of Toronto, working on transportation projects. She then worked for the provincial elections authority.

After joining the Halton Region as a GIS coordinator in the business and technical resources group, Jasna took a project manager position three years ago. In addition to her demanding day job, Jasna has continued to volunteer, using her GIS skills to aid green initiatives, and she is the director and VP of the Urban and Regional Information Systems Association (URISA) of Ontario.