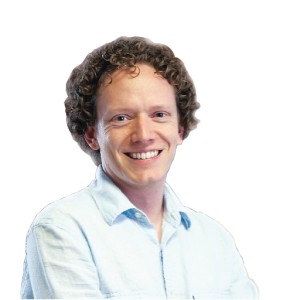 FOUNDER AND CEO OF AIRWARE

AN UP-AND-COMING YOUNG GEOSPATIAL PROFESSIONAL, Jonathan Downey is also prominent in the UAS industry both nationally and internationally. A graduate in electrical engineering and computer science from MIT, Johnathan has served as a commercial pilot, has developed components for motorcycles, and was a software engineer at Boeing, contributing to the development and flight testing of the A160T Hummingbird, a three-ton fully-autonomous helicopter that broke the world record for longest-endurance helicopter flight.

A passion for robotics and aviation lead Jonathan to UAS, and he’s been developing them for more than a decade. He founded Airware in 2011 to eliminate the barriers preventing businesses from taking full advantage of drone technology. He has since led Airware to raise over $70 million in venture capital from top investors in Silicon Valley. Jonathan is the general partner for Airware’s Commercial Drone Fund (launched to accelerate innovation in the commercial drone space) and is a member of the board of directors for the Association for Unmanned Vehicle Systems International.