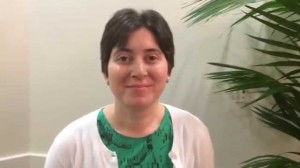 If there is a committee or conference to organize, Amanda will be there. An accomplished surveyor, Amanda received engineering and geomatics degrees from Purdue University and has garnered professional awards, including the Surveyor of the Year for Washington State. Amanda is now the survey manager for the booming city of Renton, Washington.

Promoting the profession is a passion for Amanda. She was selected as the U.S. representative of the Young Surveyors Network (YSN), an international outreach initiative formed by the International Federation of Surveyors (FIG). Amanda represents the National Society of Professional Surveyors in the YSN and coordinates U.S. activities in the network.