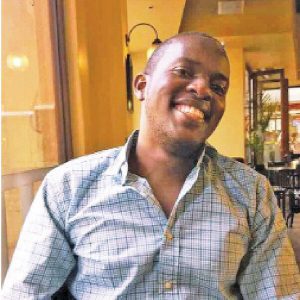 In researching this year’s nominees, we’ve discovered that many in surveying and geomatics are active in the FIG Young Surveyor’s Network (YSN), which is a testament to that growing global organization. Many nominations came from YSN, as did Fahad Mubiru’s of Uganda.

Fahad earned his honors degree in land surveying and geomatics from Makerere University, was the student representative to the Institute of Surveyors Uganda. Also, during his studies, Fahad served as a GIS analyst for the Resilient Afrika Network.
After graduation he worked in the demarcation and adjudication of land parcels, helping thousands of owners gain certificates of customary ownership. Later, attaining professional surveyor status, he expanded his skills and experience to include topographic and engineering surveying for a consulting firm and now with the national roads authority. Fahad has been praised for his surveying, technological, and communications skills and for volunteer work for social causes.

This profile is one of 40 in xyHt’s 2018 Outlook issue.  Click on the image below to read more. 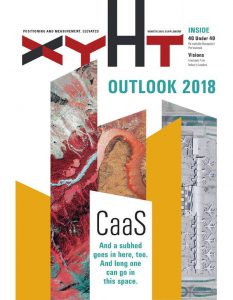