My brother chose a career in information technology, which has worked out well for him. However, the problem with being a computer wizard is that your skills are often sought after to assist family and friends as a “favor.” For a surveyor, those requests are very rare, if ever. I have often joked with him that I made the better career choice—as he was working on my computer, of course.

The only time I can recall having done a surveying “favor” worked out very well for me, and the favor wasn’t even done for someone I knew. The owner of the company I worked for was called by a longtime Shriner friend to get a quote to do a job.

The caller, Jake, was the president of the men’s club at a local country club, and they had just installed a new sprinkler system on the golf course. Jake wanted a price to measure yardages from sprinkler heads so they could put markers on them for their members. My boss, being a very generous man, told Jake that he couldn’t charge him for that service but would donate the equipment and put Jake in touch with a couple of his survey staff who happened to also be golfers. Lucky me. 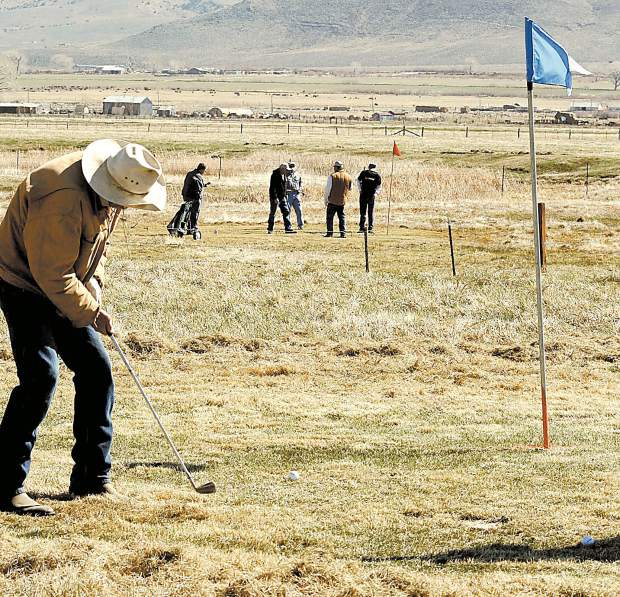 We called Jake to meet him at the course. He made arrangements to shut down the front nine for us. We showed up with a total station, tripod, prism pole and glass, and radios. Jake brought us golf carts and a full ice chest to make sure we were “comfortable.”

The sprinkler designer had used aerial photos to lay out the system. Jake had layout plans for each hole. My partner set up in the eye-balled center of the first green, Jake jumped in my cart with his plans, and off we went.

We measured every sprinkler head in the fairways from 250 yards out from the green to about 30 yards out. Jake used the plan to direct me to each sprinkler head on which I put the prism pole; the shot was taken, converted to yards, and called over the radio. Jake wrote it down and off we went. I didn’t have to get out of the cart!

We had a rhythm going when, on the seventh hole, Jake directed me well off the fairway to a sprinkler on the side of a hill. Hey, he was the customer, but I couldn’t help but ask him why we were breaking protocol for this sprinkler. His answer: Because this is where I always am on this hole. This job has to have some perks!

We completed the front nine, then came back a few days later and did the back nine. We also checked the markers on the driving range. It was maybe a total of five hours of the easiest surveying I had ever done. What did we get for it? 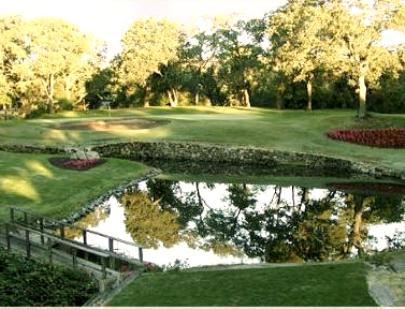 We got all of the country club golf we could play for the next 2 years. We had our names posted in a prominent place in the pro shop, just marked “surveyors.” We both could play anytime we wanted (except certain tournaments), and each of us could have a foursome, with carts, gratis.

It felt really odd at first, as we were used to cow pasture municipal golf courses that had a trailer for a snack shack. This place was perfectly groomed and had a luxurious club house that we had full access to.

We got some odd looks from members in the beginning when we would go for a beverage at the 19th hole, but it wasn’t long before we were invited to their tables, playing liars dice and other such post-golfing activities that the country club crowd partakes in. We were honorary members!

It was the greatest thing ever for a couple of golf nuts (and their friends) living in a golf-course-poor city. But, it came with a price. I couldn’t even guess how many times I treated friends to a round over those two years, but when you provide an exclusive $100 round of golf each for three friends, they tend to want to show their appreciation by buying you beverages while on the course. It would have been rude to decline, but it didn’t help my golf game one bit.

The other thing I realized is that when you don’t pay to play, you tend to not concentrate as well, nor take time to soak in the experience.

But don’t get me wrong, it was the coolest benefit that my surveying skills have ever yielded, and I would be more than happy to do it again. After all, I have experience. Any takers?

“A Taste of the Country Club Golf Life” Comments