A broad coalition forms to chart paths forward for the profession.

On January 12 in San Diego, California, a taskforce of representatives from the major surveying-affiliated professional associations and end-use constituencies met for the first phase of an ambitious initiative focused on the future of surveying. This is a wonderful opportunity that could yield profound ideas for the future the profession—we should not squander it. 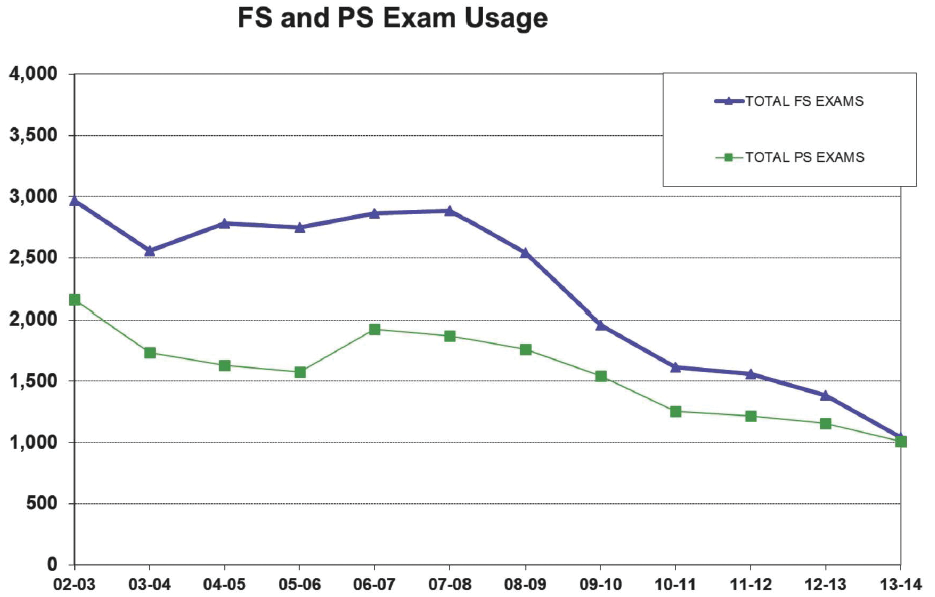 One trend indicator is how many people sit for the national Fundamentals of Surveying and Professional Surveying exams annually from 2002-2014.

Change comes to any profession or aspects thereof; it is an inevitability. The surveying profession has seen its share of change, but there is not always consensus on the nature of that change. Customer bases and markets for services the profession supports have not comprehensively been studied, so various stakeholders or affiliated entities must seek trends in what metrics are available.

One metric that could be viewed as bellwether is the number of people seeking licensure in the profession. Without jumping to conclusions on causation, this is exactly the flag that David Widmer, PLS (PA), immediate-past-president of the National Council of Examiners for Engineering and Surveying (NCEES) raised to the body and governance of the NCEES—and to a national coalition of surveying concerns.

The NCEES commissioned an internal taskforce to examine the future of surveying and soon recommended that an external task force be formed representing surveying-affiliated associations. The NCEES board of directors approved this and seed funding to get the taskforce started.

While the NCEES will oversee and sponsor the formation of this taskforce, one goal is to foster broader representation and not to characterize this as an NCEES-centric initiative. The focus is surveying, and a near-unanimous show of hands in the meeting showed that the interests of boundary surveying are well represented.

Examinations are an integral component of professional licensure for surveying, and the NCEES provides a mechanism employed by as many as 70 boards of licensure among states and territories. But there are a few misconceptions about the role of the NCEES in the surveying profession, and in fostering this forum, we should clear up a few of those.

Even though a wealth of information about the NCEES is publicly available on its website, there are some misconceptions. The NCEES is not a government entity and is not a for-profit company. There is a paid staff, but much of the key work that goes into your exams is done by qualified volunteers. The questions in surveying exams come from surveyors, with a rigorous review process performed by even more surveyors. 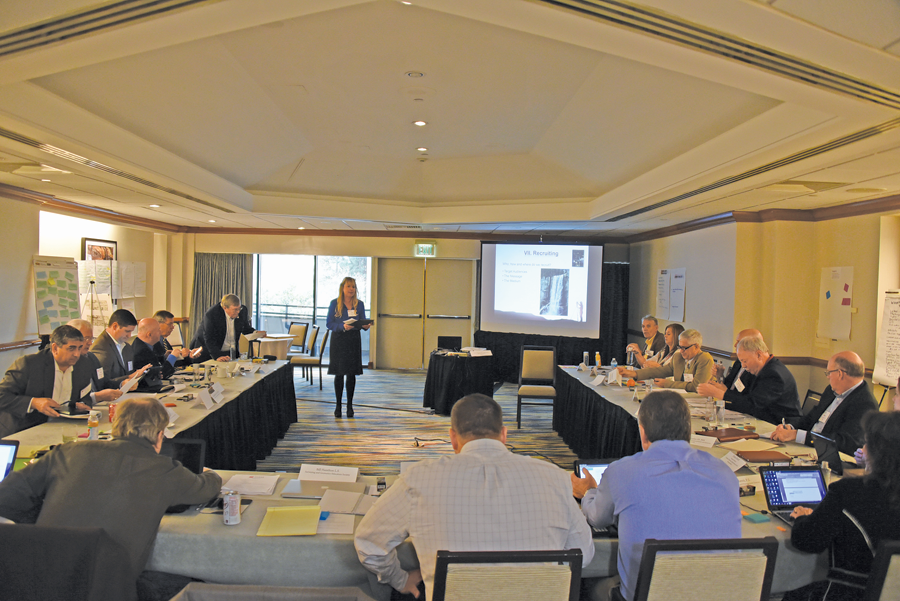 The intensive inaugural meeting of the taskforce was kept on track by a professional facilitator.

Exams for engineers are offered by the NCEES, and while the number of engineering examinees exceeds that for surveying by as much as twenty to one, there is not an imbalance in representation in council’s governance. In fact, currently four of the nine directors on the board (who must be elected) are surveyors, including the president-elect and immediate past-president. The NCEES also does a lot of outreach and educational initiatives for the surveying profession. That this council is willing to promote and support this forum is a prime example.

This inaugural meeting was kept on track and on topic. The participants were educators, business owners, dynamic doers, and thought leaders: a distinguished group, each representing a different professional association and most belonging to more than one. 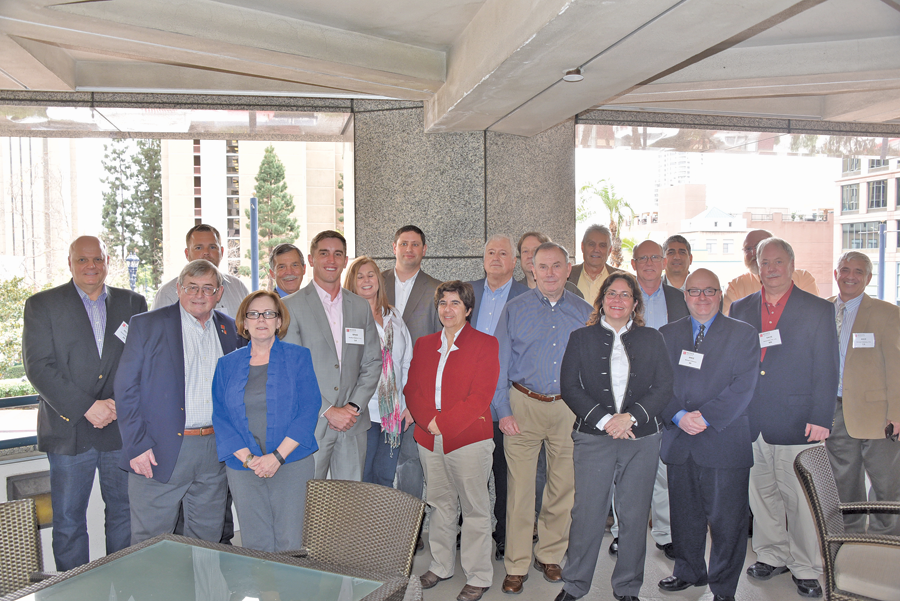 Small groups of four to six people brainstormed and wrote topical lists of ideas on charts and presented to the whole group, and then items for further discussion were chosen with “vote by stickers.” Lively discussions followed on ideas for outreach, recruitment, branding, definitions, mentorship, hybrid education models, tiered licensure, and alternative paths to licensure, market encroachments, socio-economic drivers, messaging, and more. All of these ideas were documented for a report that the representatives can take to their respective associations.

Representation on the Future of Surveying Taskforce

Three media outlets were invited to chronicle the activities of the forum and assist in ongoing outreach: Michael Anderson, at that time representing Point of Beginning; Michael Pallamary for The American Surveyor; and me for xyHt.

A timeline forward was agreed upon: the report of the initial forum will be taken to the represented associations by the respective participants in March. A second meeting (either in person or teleconferenced) in June will focus on developing action items (e.g. long-term, short-term, those requiring funding sources, and those that would not).

For our part, xyHt will report the specifics of the activities of the forum in a monthly column throughout the span of this initiative.

“The Future of Surveying Forum” Comments