Even if you aren’t a football fan, or a sports fan in general, you likely still heard something about the very controversial “non-call” of a penalty in the recent NFC championship game between the New Orleans Saints and the Los Angeles Rams. It occurred in the last minutes of the game and very likely cost the Saints a trip to the Super Bowl. I was watching and, like virtually everyone else including the Rams player who intentionally committed the “non-penalty,” I was shocked when no flag was thrown. But, I didn’t care who won so it didn’t really matter to me. But it appears to have mattered to a lot of other folks.

In the subsequent days and weeks, there have been lawsuits filed, a funeral held for the Saints who were “murdered” by the NFL officials, demands to make changes to the rules, and death threats made against the specific officials involved. Really? All over grown men playing a kids’ game for entertainment? 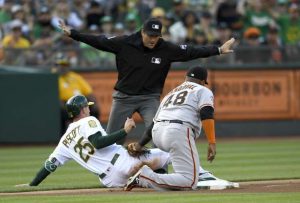 The whole incident and tumultuous backlash made me remember a clever commercial for IBM products that ran during halftime of Monday Night Football back in the 1980s. (I think they ran them during baseball also.) The commercial started with the engagement of the audience, with the narrator saying, “You Make the Call” as a film clip was shown that involved some sort of act that required the officials to make a ruling on the field. After the play clip, the advertisement for IBM ran, then the commercial closed revealing what the correct call was. I remember high-fiving college buddies saying. “I knew it” or something to the effect. It was a brilliant hook, really, and a rare “must see” commercial. Here is just one example of many.

What does this have to do with surveying? Well, as I pondered all this silliness, but clearly serious anger over a kids’ game, I started thinking that surveyors “Make the Call” throughout our careers. They aren’t made on television in front of millions of viewers. They aren’t made with the luxury of slow-motion instant replay or with the assistance of a group of our peers in an ivory tower at Meades Ranch to chime in to make sure we got it right. No, we have to make these tough, often lonely decisions ourselves, and you can bet that the outcome means more to the parties involved than all the outraged football fans across America. The calls we make actually matter. 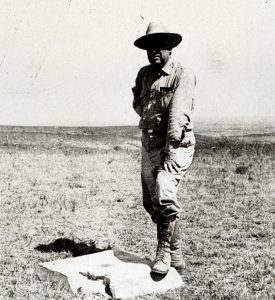 Yes, we also have a rule book of sorts from which to base them on, cobbled together from textbooks, manuals, case law, state law, local accepted practices, and the rules of evidence. We apply our knowledge and experience after due diligence in the field and office, uncovering every stone in the field and researching every document known, and sometimes unknown, until we discover them. We may even obtain parol evidence to learn of the history, use, and reliance on evidence we have located in the field or learned of by taking these oaths.

I am not saying this is true (but it has been alleged) that, unlike the outcome of the NFL game, our final answer or the “Call” we make is never predetermined or influenced by who we are working for. We are not advocates for our clients. We are entrusted and licensed to protect the public, not the person writing the check. I know from experience how difficult it can be to tell your client that the boundary is not where they thought or hoped it would be. In one case it resulted in a client’s garage being torn down because the adjoiner was unwilling to work with them, even though I had provided a solution that would have left all parties whole in the end.

We don’t just “Make the Call” on boundary determination, but in many aspects of our chosen discipline, and the stakes are often high. High-rise construction comes to mind. We make the call to determine the location for features literally from below the ground all the way up.

We “Make the Call” when performing large control surveys that often become the positional backbone for hugely expensive public works projects, from the initial mapping, to construction, and all the way through as-built surveys.

In today’s technology-driven data-collection world, we are often asked (or should be asked) to make a recommendation as to how best to map a feature in the safest, most efficient way possible while ensuring that the data will meet the accuracy specifications for the intended use.

I think it would be great to start a “You Make the Call” YouTube channel for surveyors where the audience is given the hodgepodge of evidence, then the chosen (notice I didn’t say “correct”) defendable answer is revealed and the reasons explained why.

Of course, these wouldn’t be short videos like the IBM commercials from the 1980s, so we would lose 98% of people in the first minute. Okay, scrap that idea.

“You Make the Call” Comments