The history and complexities of AGIS from the expertise of a small aerial mapping company. 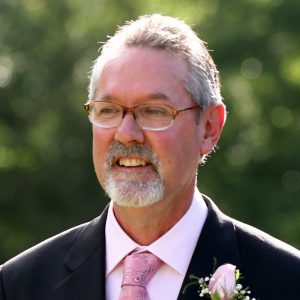 This story started when a small group of mapping professionals were left without a company. In 2013, after their employer participated in a merger, the Seattle-based staff had their office shut down. It was an office that had been in business since 1953, providing aerial mapping to the survey and engineering communities throughout the Pacific Northwest and beyond.

Undaunted, a core group decided to continue what they had been doing for decades, mapping. They secured enough backing to purchase the equipment necessary to do the work that they had done together for 20 years. The new company was named Miller Creek Associates.

Because of the respect Miller Creek’s principals had earned with their clients, Miller Creek was granted the ability to propose on projects, and they won some of them. One key project was a multiple-site, multi-year mapping contract that principal Jim Schulz had managed for many years. The client knew Jim and trusted him to provide the same level of service as in the past.

Winning this core client was critical for the new business. Since then, Miller Creek has continued to win projects with old clients and new.

One market Miller Creek has been successful in is producing aerial mapping to support FAA-compliant Airports GIS (AGIS) surveys for local and regional airports. These surveys have a long list of technical and reporting requirements and are often not understood by smaller airports and aviation consultants. Miller Creek understands these surveys and provides both services and experience to help the survey team navigate the FAA requirements.

As a bit of background, the AGIS program was started around 2008, and the survey requirements are specified in FAA Advisory Circulars (AC’s) 150/5300-16, 17 and 18. Current versions are 16A, 17C and 18B. The requirements for these surveys replaced the older FAA No. 405 surveys and were designed to support the developing Next Generation National Airspace System.

AGIS surveys are used for a variety of planning and engineering activities, including the preparation of master plans, airport layout plans, obstruction charts, and instrument flight procedures. The development of GPS-approach procedures has been especially helpful to small airports.

Prior to AGIS or the similarly structured WAAS surveys, many small airports couldn’t afford instrument procedures because of the need for costly on-airfield instrument approach hardware. GPS approaches require no airfield hardware, making instrument-procedure development much more accessible and widespread. 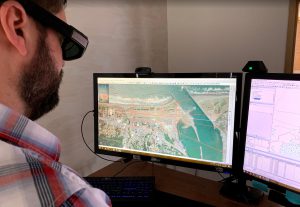 Although AGIS projects have been around for more than 10 years, they are still complex. For each project, a Statement of Work is uploaded to the FAA AGIS website for approval. Then FAA-specific project plans must be uploaded for approval. Depending on the project type, these will include a Survey and Quality Control Plan coupled with either a Geodetic Control Plan or Remote Sensing Plan.

After plan approval, the project imagery, photo control, and aerial triangulation data are loaded onto an external drive and sent to the FAA for approval.

In the early days of AGIS, it was common for the process—including submission of plans and survey data and receipt of various approvals—to cause projects to have one- to two-year completion timeframes. The process has streamlined significantly, but errors in submission can still be detrimental to the overall project schedule.

We mentioned the complex field survey element, but its complexities can’t be understated for these projects. Knowing whether “temporary control” as defined in AC-16A needs to be established and how to do so is just the start.

There are specific requirements for the number and types of photos to be taken while measuring the various points requiring field survey. Further, you must very specifically identify the appropriate runway end points or NAVAID positions to measure. These are described in the ACs but are easily misjudged by field crews.

Finally, runway centerline profiles, GPS visibility diagrams, control network adjustment reports, and control versus OPUS reports are all required for final project reporting. Having a solid plan and comprehensive checklists are vital to minimizing or eliminating extra visits to the airport by field personnel.

AGIS projects requiring aerial imagery must be flown while trees are fully leafed out because the tops must be measurable to identify appropriate approach obstructions. You might not normally consider this a challenge, except that the FAA funding is often released so late in the flying season that very limited time is available for contracts and plans to be put in place and approved prior to leaves falling from the trees. This can push a flight back six months or more. 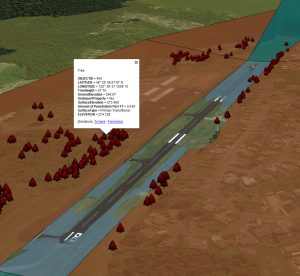 Shown are symbols for individual trees penetrating the Part 77 surface at Anacortes Airport (74S) in Anacortes, Washington. The callout shows attributes about the tree including its horizontal position, height, and amount of surface penetration.

Although the ACs defining AGIS replaced 405 surveys, their vertically and non-vertically guided obstruction identification surfaces have not fully replaced the older Part 77 surfaces. Part 77 is still used in Airport layout plans, and the airspace associated with these surfaces is often evaluated during the course of an AGIS airport airspace analysis project. It is common to use airspace analysis results to prepare tree removal or topping plans to help clear the airspace around airports.

This is merely an overview of the FAA Airports GIS mapping process from an aerial mapper’s perspective.

Although Miller Creek Associates is only five years old, its AGIS experience goes back to the first FAA-approved project at William R. Fairchild International Airport in Port Angeles, Washington. This was back when the AGIS advisory circulars were in draft stage and changing on a regular basis! 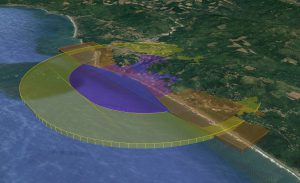 This image of Gold Beach shows the vertically guided 18B obstruction identification surfaces and how they are intersecting with the nearby mountains.

Since those early days, the staff at MCA have had FAA-compliant experience with more than 100 airports throughout the western U.S. and Alaska. For Miller Creek, small has meant specialized.