This entry is part 13 of 80 in the series Pangaea

In the waning days of World War II, the Japanese were faced with a dilemma: what to do with the billions in loot taken from Southeast Asia. According to some accounts, faced with US naval dominance in the Pacific, the Japanese could not return the gold, gems, and other valuables to the homeland. Instead the loot was assigned to General Tomoyuki Yamashita to be hidden in the vast and virtually impenetrable jungles of the Philippines. Thus began the legend of Yamashita’s gold.

Adventurers and treasure hunters have been seeking it ever since.

The latest is an effort from the History channel with its new Lost Gold of World War II series (Tuesdays 10/9PM Central). The team is getting a big assist from ULS: unmanned lidar systems.

I’ve already mentioned the biggest challenge to treasure hunters: virtually impenetrable jungles. Lidar is creating nothing less than a revolution in the archaeology/cultural heritage sector thanks its ability to penetrate dense ground cover like the jungles of the Philippines. 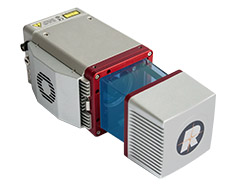 In the second episode, a team from PrecisionHawk lends their lidar expertise. The group made the 7,000-mile journey with a DJI M600 equipped with a Riegl Minivux lidar sensor payload and a SONY A6000 visual camera.

One of the challenges the History channel team faced was getting a good look at the terrain underlying the dense jungles of Luzon, the initial target of their operations. The PrecisionHawk team flew its ULS and presented the History channel group with a DSM of the target area. I watched in awe as the canopy layer was removed to reveal a landscape laced with trails that gave researchers plenty of opportunities for follow-up investigation. By examining the surrounding terrain, one trail seemed to have a high probability of leading to a cave. Ground work proved this out with the discovery of a large cave riddled with what is believed to be Japanese-coded markings.

Research is still underway, and only time will tell whether the History channel team uncovers Yamashita’s gold. One thing is certain: lidar’s awesome ability in uncovering history’s mysteries. Teaming lidar with UAS technology adds another level of accessibility to the mix.

The image at top is courtesy of the Discovery channel.

“ULS and the Search for Yamashita’s Gold” Comments