Conflicts around the world are often funded by the sale of drugs, guns, diamonds, ivory, and antiquities. Often these cultural relics stolen from home countries are purchased unwittingly abroad. One organization is hard at work to alert buyers and the art market about this growing problem, using maps to broadcast the stories of missing artifacts.

“The illicit trade in ancient art, like so many illicit trades, thrives on periods of crisis,” says Tess Davis, executive director of The Antiquities Coalition. “Whether we’re talking about Cambodia in the 1970s or Iraq in recent decades, areas of conflict have been hotbeds of looting and trafficking.”

In Iraq and neighboring Syria, recent looting took on an industrial scale at the height of ISIS control in the region. At the same time ISIS was making international headlines by destroying important cultural, historic, and religious sites, looters sanctioned by ISIS were selling artifacts to fund operations.

The U.S. Army intervened, sending its Special Forces on raids that netted not only antiquities but documentation revealing a permit system that allowed thieves to loot if ISIS received a cut of the proceeds. Receipts from transactions over a three-month period at just one site totaled $1.25 million.

“ISIS is not the first to traffic in art and antiquities,” Davis said. “The Nazis were infamous art thieves, and the terrorist groups Al Qaeda and the Taliban have sought to fund themselves with ancient art. We also have news that insurgent groups in the civil war in Yemen are looting. This amounts to the largest cultural crisis since World War II.” 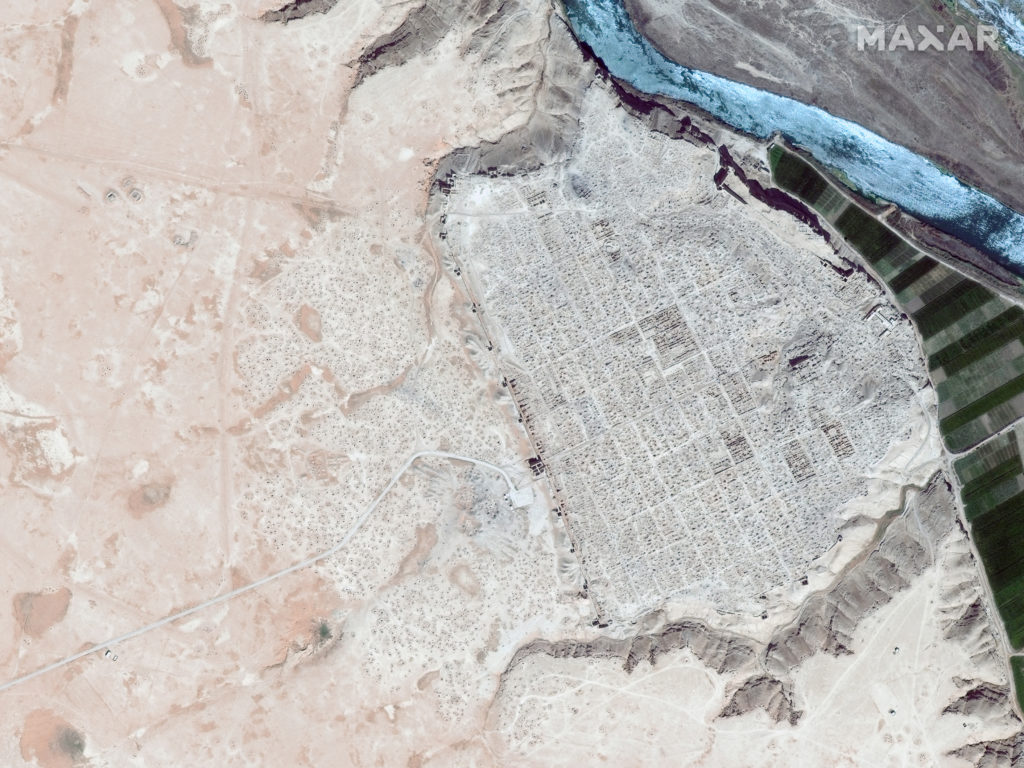 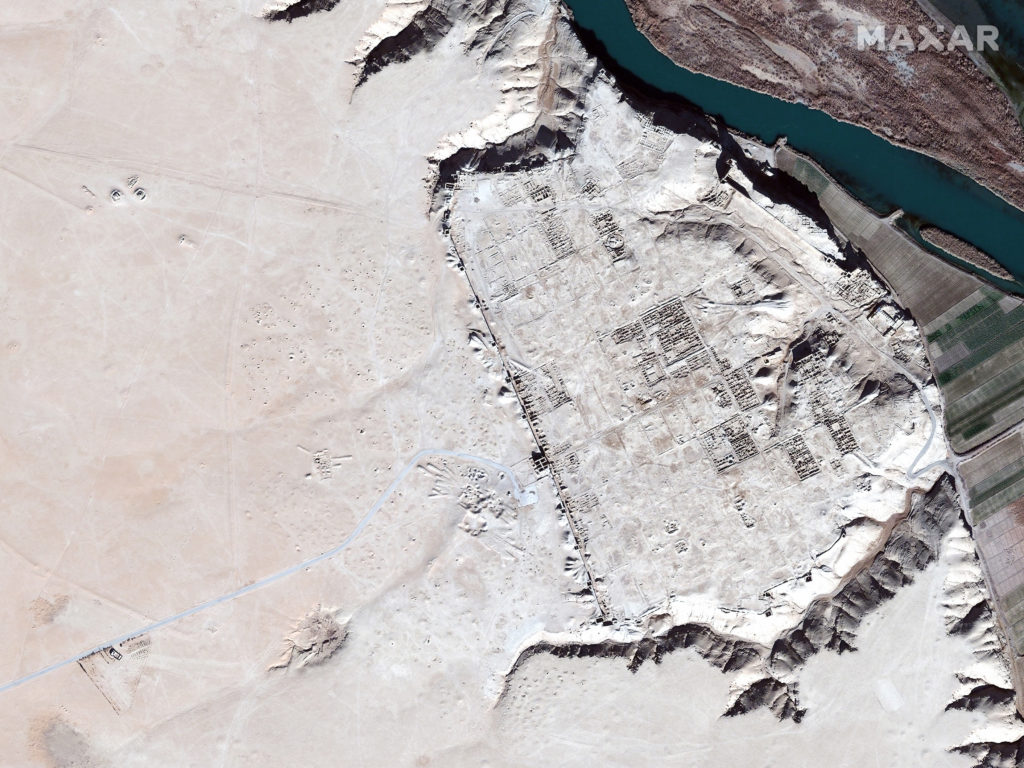 Archaeology of Iraq is of particular importance to the world given its status as one of the cradles of civilization, where complex urban centers first emerged. Early archaeologists in the 1850s, driven to the region by interest in Bible cities such as Babylon and Nineveh, found remains of these cities and a style of art that had been lost.

Demand for antiquities from the area remains high. In 2007, a small, 5,000-year-old limestone sculpture found near Baghdad called the Guennol Lioness sold for $57.2 million, the highest price paid for a sculpture up to that date.

While the region has seen significant archaeological expeditions, scholars started to worry about the fate of unexplored areas. In 2016, they compiled a spatial database documenting endangered archaeology in the Middle East and North Africa, noting more than 20,000 sites under threat.

The sheer number of sites made it possible for ISIS and other groups to plunder unprotected artifacts.

“The looting and trafficking in ISIS-occupied territory was so immense, it could be seen from space,” Davis said. “Thousands of holes can be seen in satellite imagery, where looters have been pillaging.”

In addition to the harm financed by the looting, cultures feel the loss as do economies that benefit from visitors interested in seeing intact ruins. Moreover, this form of piracy has also ruined opportunities for archaeologists to explore and shed light on past civilizations.

In response to the growing crisis, the U.S. Army recently announced that it has marshaled a group of reserve commissioned officers to advise troops about antiquities and cultural sites in war zones. The Antiquities Coalition and its partner, the Smithsonian Institution, have long advocated for this move. It marks the return of the so-called Monuments Men who worked to repatriate European art masterpieces from destruction during World War II. The officers will include museum directors, curators, archivists, and conservators, who will work to safeguard at-risk areas.

Educating in Areas of High Demand

Illegal antiquities move across supply chains from the country of origin through trafficking countries and, finally, to the countries of demand. Because illicit trade in ancient art is a demand-driven trade, it can best be defeated in the wealthy regions of Europe, the Persian Gulf, and the U.S. where art is bought and sold.

“We hope that educating the art-buying public will help combat the demand,” Davis said. “There are very few legal sources of antiquities, and unfortunately, it’s a case of buyer beware. In order to beware, we must first increase awareness.”

To put the problem in context, The Antiquities Coalition has created a series of story maps that convey the scale and scope.

“The trafficking could not exist if you didn’t have appraisers, conservers, and other experts turning a blind eye to this crime,” Davis said. “We’ve worked to tell the tale of infamous pieces, tracing their journey and showing how these pieces go from illicit to licit to provide helpful snapshots for the global art market.”

One such example is a marble sculpture called the Sidon Bull’s head. Thought to be 2,300 years old and originating from an ancient Greek civilization, the foot-tall sculpture was looted from a government facility in Lebanon more than 40 years ago during that country’s bloody civil war. Through complex dealings around the world on the black market, it ended up on display at the Metropolitan Museum of Art in New York before its history was discovered and it was rightfully returned. (Follow the entire story here.)

The Antiquities Coalition is also mapping artifacts from law enforcement seizures, such as a smuggler trove recently intercepted by the Manhattan District Attorney’s Office and valued at $100 million. Maps that show the locations and financial values of artifacts along with trafficking history give a holistic picture of the reach of this illicit trade.

“Maps are crucial,” Davis said, “because they communicate to scholars, government officials, and the public what is at stake and how critical the threat is.”

Advancements in artificial intelligence and machine learning would allow governments and cultural institutions to collect baseline imagery of key sites and to use satellite imagery to monitor and send automated alerts if there are signs of change.

In addition to raising awareness, The Antiquities Coalition advocates for laws and policies to deter trade and fosters diplomatic cooperation for the repatriation of stolen goods. Lately, it has seen a growing impact from the videos and checklists it uses to educate brokers and buyers in the global art market. The story maps also serve to illustrate how careful everyone needs to be.

“The best defense against the illicit trade is a strong legitimate trade,” Davis said. “Cultural racketeering not only hurts our shared heritage, it also hurts responsible collectors, dealers, and museums. It’s been encouraging to see many of these groups increasingly taking a strong stand on this issue.”

Unfortunately, it has become more difficult to stop illegal transactions. In the past, antiquities buying took place in the centers of the art world in New York or London. The Internet has changed that, with little need for middlemen between looters and buyers. In addition, the scale and scope of looting from Iraq and Syria is still unknown, and most of the artifacts have yet to be recovered. These facts have spurred urgency in both educational and investigative efforts.

“Even though ISIS has been fading from the headlines, it’s crucial that people continue to be aware of this issue and continue to be vigilant,” Davis said. “In previous conflicts, criminals have been very patient, waiting years and even decades before laundering pieces onto the legitimate art market. It’s going to take a long time to reveal and map the full measure of the loss.”