This entry is part 55 of 80 in the series Pangaea

Geospatial tech is increasingly being called upon in the search for treasure. Let’s look at some examples, and maybe you, too, could discover hidden riches! 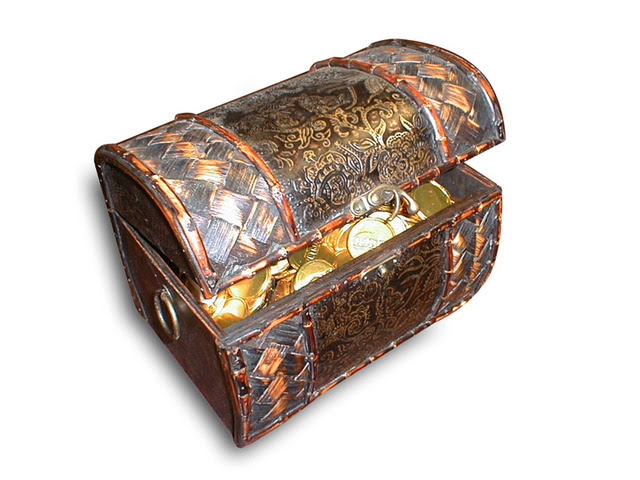 As the wind keens and the snow piles up outside my door I retreat into my cozy home for some arm-chair treasure hunting. I start with the Travel Channel’s “Expedition Unknown.” Part adventure show, part travelogue, Expedition Unknown is hosted by the always-funny Josh Gates, an adventurer with a degree in archeology. A recent episode got me thinking about the increased role that geospatial tech is playing in the search for lost treasure.

“Africa’s Gold Hoard” took the intrepid explorer to South Africa in search of the legendary lost treasure of Paul Kruger. Long story short, during the Boer War, South African President Kruger loaded the national treasury, reputed to be millions of dollars in gold coins, onto a train and fled east. The fortune was never seen again. Gates teams up with local treasure hunters searching in the Kruger National Park. Legend has it that the gold was offloaded into wagons by Kruger’s loyal subjects only to disappear in this area with British forces in hot pursuit.

Here’s where geospatial tech enters the picture. The local South African treasure hunters flew nighttime missions with an infrared-equipped sUAS looking for hotspots. Metal objects retain heat longer than the surrounding earth and, thanks to thermal contrast, show up well on the sUAS’s IR sensors. According the operators, they have found metallic objects as deep as six feet using this technique. These hotspots were geo-tagged for next-day excavation using metal detectors and shovels. While they didn’t find Kruger’s lost hoard of gold, their sUAS-aided search did find evidence of military artifacts (including a British .455 Webley revolver) that matched the time-frame of the lost gold.

Think of the possibilities of this technique. A great deal of buried treasure is just that: riches buried underground where an aerial IR platform could be used to find it. Putting aside Kruger’s gold and other buried treasures, IR sensors on manned or unmanned aircraft can be used to find buried metal objects of all kinds. Like meteorites.

Depending on the type of meteorite, they often sell for as much as $300 per gram or more—a one-pound meteorite can be worth a million dollars. Some of the most valuable meteorites are metal-bearing and, I’m speculating here, could be found with a nighttime aerial IR-equipped UAS mission.

Which brings us to the one stumbling block for using unmanned craft in this fashion: nighttime UAS flights are not allowed under current commercial, Section 333-based regulations or under the proposed Rule 107 for Small UAS which may take effect this year. If, on the other hand, your treasure hunting activities are a hobby—and unless you’re in the commercial business of finding treasure like Mel Fisher—then hobby/recreational UAS rules apply. I don’t see any prohibition of night flying in the rules for hobby UAS. So grab your UAS and find some treasure!

Pangaea is an emailed newsletter sent twice a month from xyHt magazine.  If you’d like to receive it, subscribe here.