In the previous article (January 2016), I point out the unreliability of sample standard deviations as estimates for population standard errors when the number of repeated observations is very small, which is typically the problem in surveying.

In this article I look at how we can estimate the standard errors for observations based on estimates for setup errors, leveling errors, and instrument-specific accuracies using error propagation principles. Note that this method of estimating uncertainties in observations is not new, since R. Ben Buckner, Edward Mikhail, and Gordon Gracie published these concepts in the early 1980s.

When a survey is performed, the surveyor is mathematically trying to determine the coordinates of a mathematical point. In real life this point may define the center of a stone wall or a punch mark in a rebar.

Assume a tack is placed in a hub to physically represent the point on the ground. Our ability to center over the tack varies according to our individual abilities, care taken in the process of setting up the instrument, adjustment of an optical plummet and circular bubble, and width of the depression in the tack. For example, a depression on a tack is about 0.01 ft in diameter whereas a one-sixteenth-inch drill hole in a rebar is about 0.005 ft in diameter. With an optical plummet that is in adjustment, we can sight on what appears to be the center of a physical monument.

However, our ability to center precisely on the point becomes limited by the size of the point and our own physical limitations. For example, our centering errors will be larger on a 1-inch iron pipe than on a depression in a monument or a concrete nail. Of course, we are also limited by the calibration status of the levels, optical plummets, and circular bubbles on the instruments, as well as our patience in truly achieving what appears to be centered.

However, if care is taken with a well-defined point we should be able to achieve a centering error of ±0.005 ft on a tack or ±0.003 ft on the small drill hole.

Now assume that the rod is being held by a crew member who is cold or distracted, leaving the circular bubble 5 minutes out of level on a 6-ft sight height. This would yield a target that is 0.009 ft additionally from the center of the point. 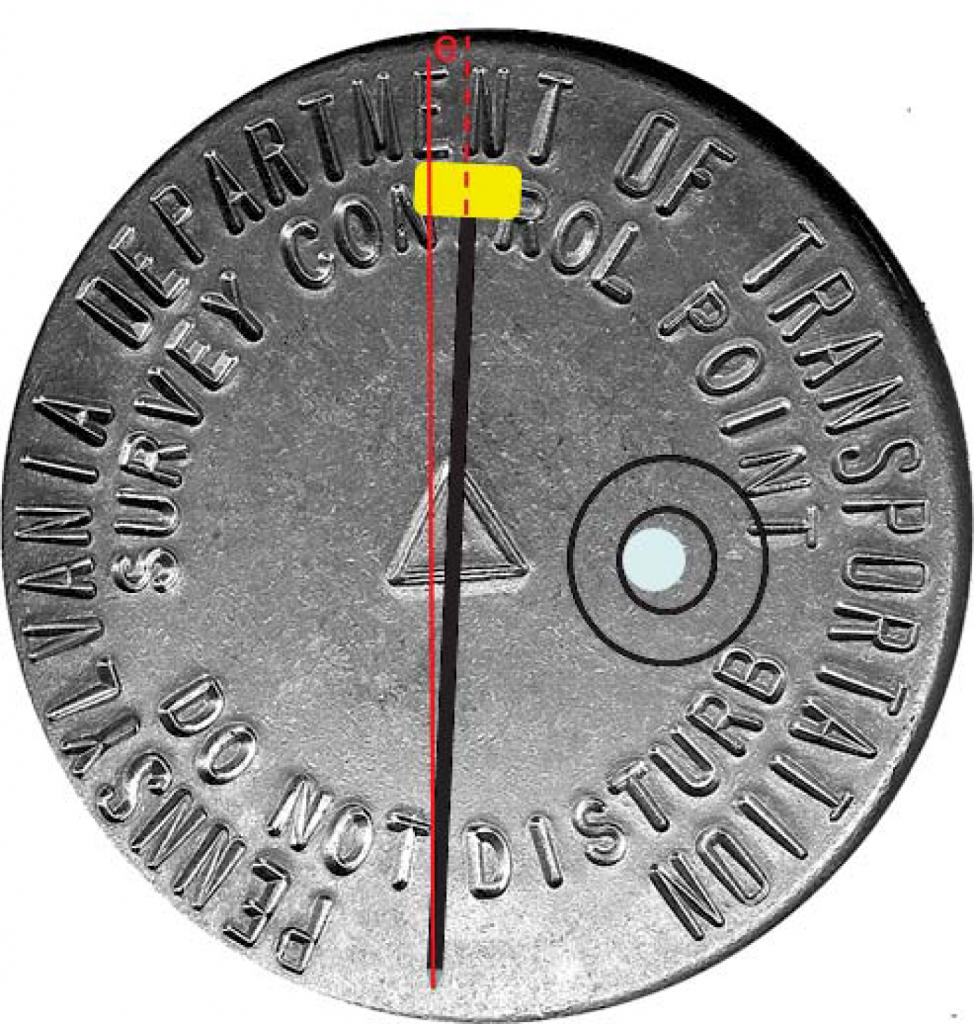 Figure 1: Sources of centering errors with a well-defined point.

There are two major sources of errors when setting on a well-defined point, which is shown in Figure 1. The first is the location of the optical plummet, plumb bob point, or rod point with respect to the center of the depression on the monument. Since a well-defined point has a depression that is typically within 2 mm in width, we can assume that a rod set in this depression will be within one-half of its width or within ±1 mm, or ±0.003 ft.

However, if an optical plummet is used, the ability of the user to center an instrument over the depression in the monument depends on his or her own physical limitations and the calibration status of the optical plummet. These errors can thus be much larger than that obtained for a rod set in the depression. For now we will assume they are the same, but this does speak to the need to check the optical plummets on your instruments often and calibrate them when they are out of adjustment.

The other major source of error is the height of the instrument or reflector above the monument. For example, a reflector rod has a 40’ circular bubble, whereas the instruments level vials are typically in the range of 20”to 30”. Assume that the bubble is off by 0.2 divisions or 8’ for the rod and 6” for the instrument.

To determine the overall centering error in the instrument or target over the point we need to apply some simple error propagation where the overall error is the square root of the sum of the individual errors squared, or as seen in Equation (2). 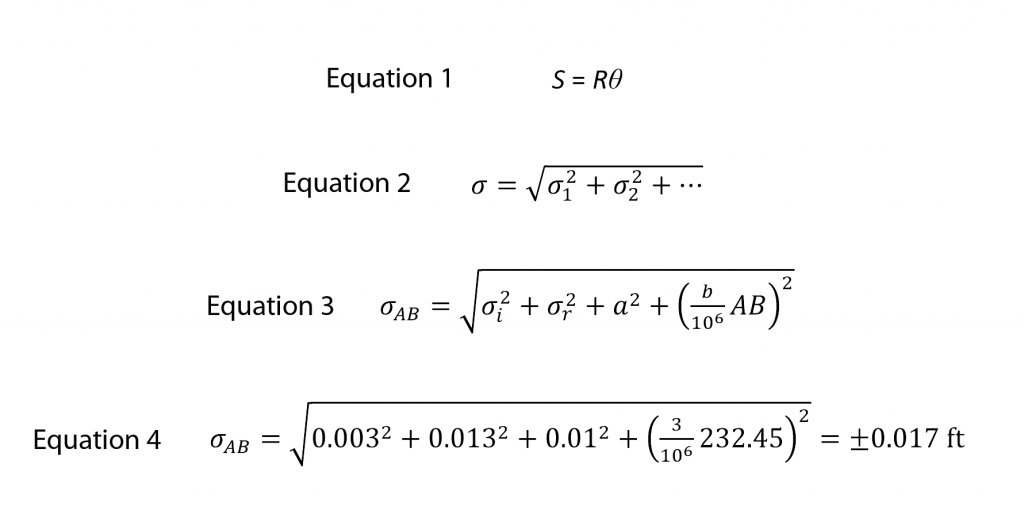 However, as was stated previously the centering errors also contribute to the overall uncertainty of an observation. No matter the size of the error you estimate, these errors contribute to the overall error in the distance using Equation (2) or as shown in Equation (3) where σAB is the estimated standard error in the observed length between A and B; σi and σr are the estimated uncertainties in the setup of the instrument and reflector, respectively; and b is the scalar error in parts per million—for example, b is the 3 in 3 ppm.

Thus, if we practice due diligence in setting up the total station and reflector over a well-defined point for a distance of length 232.45 ft with an EDM having manufacturer’s specifications of 3 mm (0.01 ft) + 3 ppm, the estimated error in the observed distance is as in Equation (4).

Note that the error in each distance will be different and depends on the length of the distance and the calibration status and care in using the equipment. If care was not taken in holding the reflector over the point and we estimate the centering error to be ±0.01 ft for both the instrument and reflector, then the error in the distance would be ±0.019 ft. Note also that if the optical plummet of the instrument is off by 5 min on a 5.6-ft setup, then the setup error over a well-defined point will be ±0.008 ft.

In the next article in this series, I will explore the errors in angle observations. Until then, happy surveying.