This entry is part 56 of 80 in the series Pangaea

President Trump’s plan for investing in America’s infrastructure calls for $1 trillion in spending over the next ten years. The 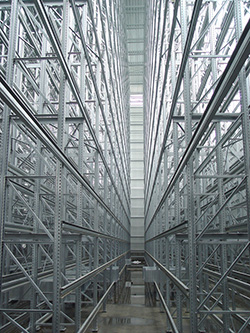 specifics of the plan are still a work-in-progress, but with largely bipartisan support, chances are that there will be a big push on infrastructure projects in the coming years, and that should translate into significant work for land surveyors and other geospatial professionals.

Since we can’t look at the yet-to-be-developed plan, let’s take a look at the current state of infrastructure. The American Society of Civil Engineers (ASCE) created a “Report Card for America’s Infrastructure” in 2013 that gave the nation a “GPA” of D+ for its infrastructure. This report is four years old; ASCE plans to have a new one in March of this year. Progress since the 2013, including transportation, water resources, science and research, among others is reported here.

The subject of infrastructure is broad, so let’s focus on bridges as one example. A 2016 report by the American Road & Transportation Builders Association finds that approximately 10% of the 600,000 bridges in the United States are structurally deficient. Here’s a state-by-state look.

Bridge inspections need to be fast-tracked and UAS are increasingly being tasked to provide faster, safer and more cost-effective bridge inspections. Potential cost-savings are in the neighborhood of 66%. In 2015 the Minnesota Department of Transportation (MnDOT) conducted a UAV bridge inspection demonstration project. The 214 page report (PDF) on this project details the benefits of using UAS to inspect bridges, using case studies from four Minnesota

bridges to evaluate the technology. Further, of great interest to those who may wish to peruse these opportunities, the report lists the critical features that UAS craft should incorporate to make them suitable for this task:

The MnDOT project used senseFly’s albris (formerly eXom) in the project as a craft that incorporates these three features.

Here’s hoping that a big infrastructure ramp-up, and the opportunities it will present, is in store for 2017 and beyond.

(The image at top is by Phil Squattrito – Flickr: Undercarriage, CC)