An obsolete WWII navigation system is making a comeback

In the 1980s, I used Loran-C to navigate on sailing trips off the U.S. East Coast. It had an accuracy of a few hundred feet and required interpreting blue, magenta, black, and green lines that were overprinted on nautical charts.

The system was a modernized version, launched in 1958 of Loran, (an acronym for long-range navigation), a low-frequency hyperbolic radio navigation system first deployed for U.S. ship convoys crossing the Atlantic during World War II. 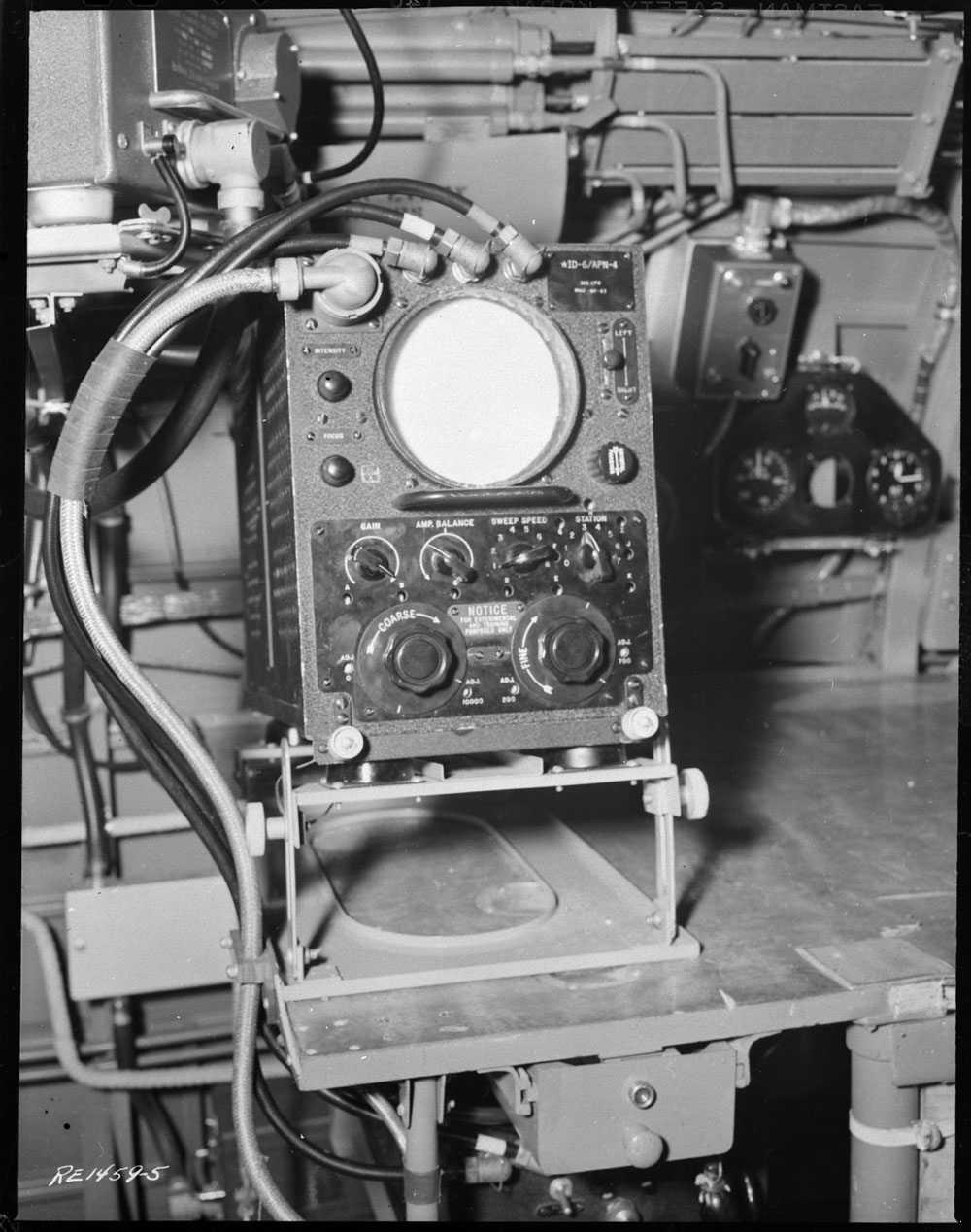 Loran-C was made obsolete by GPS and discontinued by the United States and Canada in 2010, as was the trial of an enhanced Loran service (eLoran) that was accurate within 65 feet. During the following five years, nearly every other country that had operated a Loran-C system shut it down. Today, however, eLoran is one of several positioning, navigation, and timing (PNT) systems proposed as a backup for GPS. 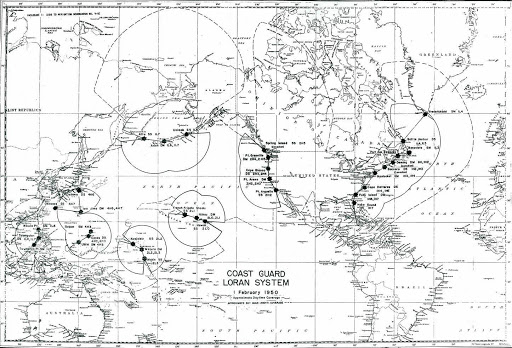 Though extremely accurate and reliable, GPS is vulnerable to unintentional and intentional radio-frequency interference (the latter known as jamming), spoofing, solar flares, the accidental destruction of satellites by space debris, and their intentional destruction in an act of war.

Awareness of these vulnerabilities has grown in parallel with the increased reliance on the system of large parts of the economy, spurring a search for alternative sources of PNT data. The National Timing Resilience and Security Act of 2018 (part of that year’s Coast Guard Authorization Act), required the U.S. Secretary of Transportation to “provide for the establishment, sustainment, and operation of a land-based, resilient, and reliable alternative timing system” as a backup to GPS.

In January, the U.S. Department of Transportation (DOT) awarded contracts to 11 companies to demonstrate their technologies’ ability to act as a backup for GPS. Of these companies, three—Hellen Systems, UrsaNav, and Serco—are working on eLoran projects. 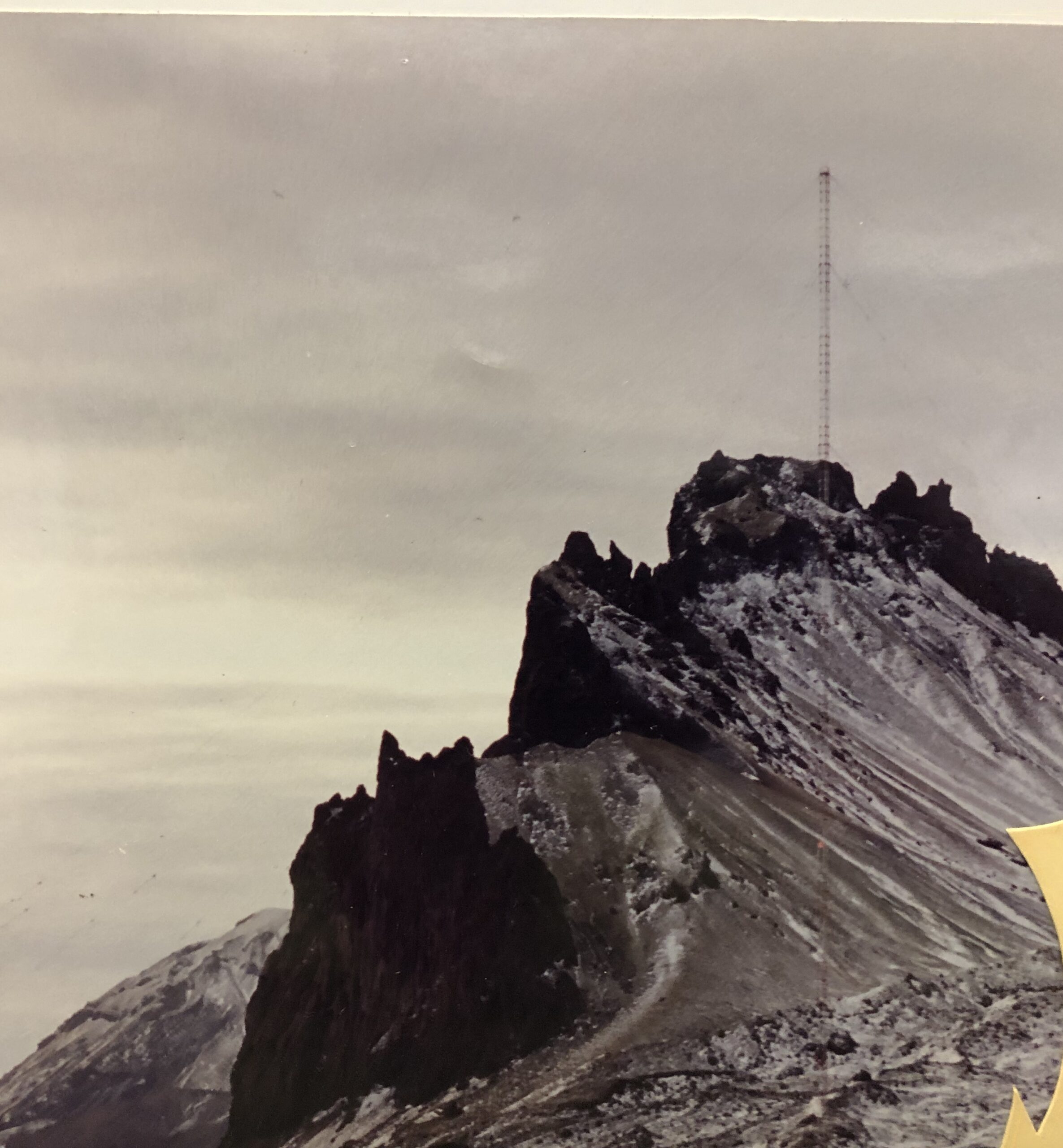 The output of an eLoran receiver is very similar to that of a GPS receiver, with an accuracy better than 20 meters and in many cases better than 10 meters. Like Loran-C, eLoran is a low-frequency radionavigation system that operates in the frequency band of 90kHz to 110kHz.

For the eLoran system to cover the contiguous United States, six towers are needed for timing applications and 19 are need for position and navigation.

eLoran was originally developed around 2004-2005 by the U.S. and British governments in collaboration with various industry and academic groups that were involved in defining it. It is “a well-developed concept at this point,” said Stephen Bartlett, the president of UrsaNav, which manufactures, markets, and sells eLoran transmitting equipment, differential reference stations, control systems, and receivers for end users.

“The U.S. government has tested it thoroughly and issued a host of reports, showing that it can meet the requirements for maritime navigation, harbor approach and entrance, non-precision approach of general aviation aircraft, and a host of other applications.” 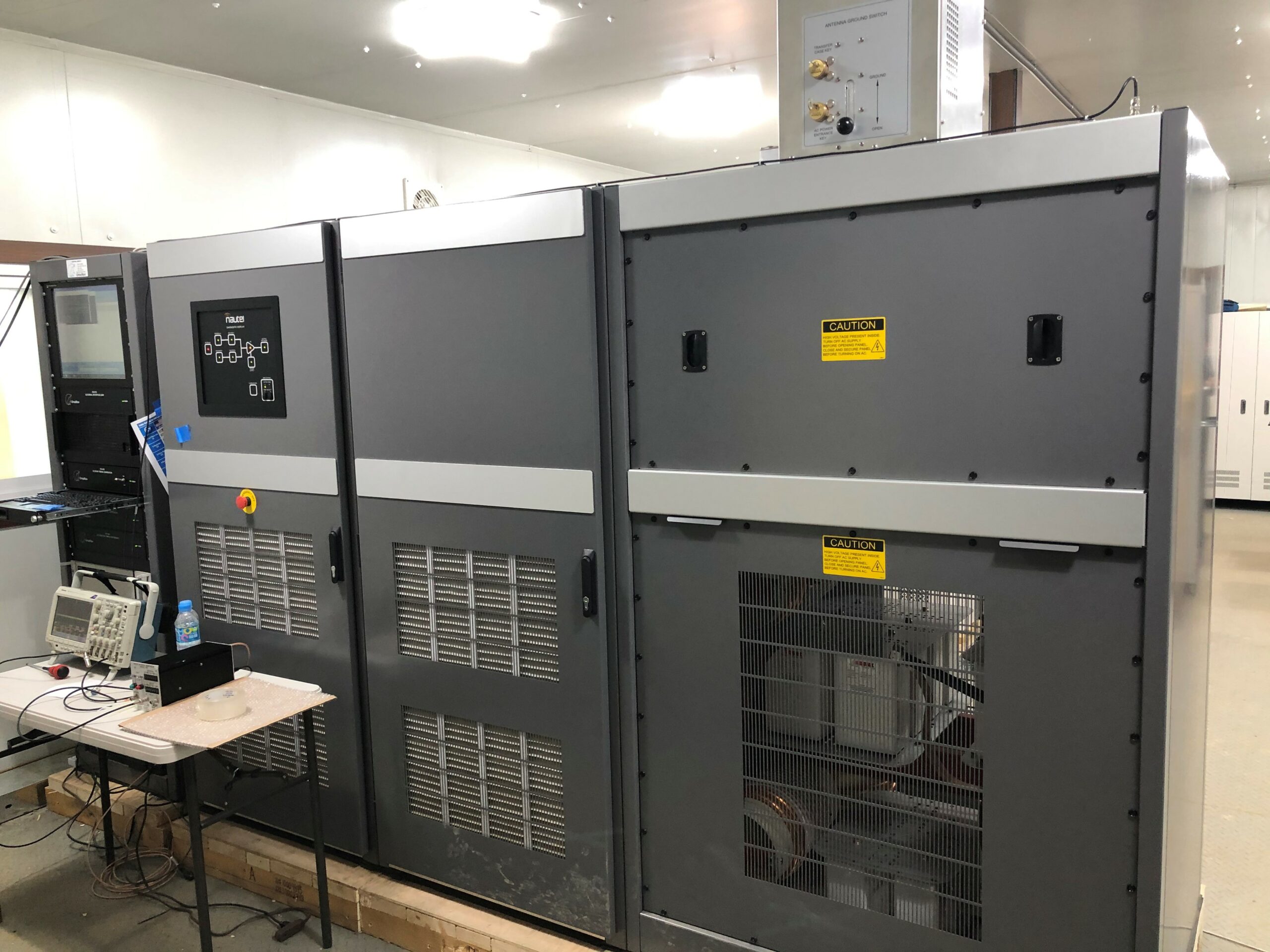 eLoran also provides a precise source of time (phase) and frequency, as well as user bearing (azimuth), and has built-in integrity. Unfortunately for pilots, it does not provide elevation, so it is not a complete substitute for GPS for aviation, unless coupled with a barometric altimeter.

eLoran differs from Loran-C in a few key ways:

“It is not your grandfather’s Loran-C,” says Bridge Littleton, the co-founder and president of Hellen Systems, which develops and deploys eLoran systems. “It uses the same frequency but it is done in a very different way — with solid state transmitters, a digital signal, and new waveforms.”

eLoran is a great alternative to any and all global navigation satellite systems (GNSS) in case of GNSS outage or disruption, because the two systems do not share any failure modes

The signals from eLoran beacons are millions of times stronger than those from GPS satellites, so attempts to jam or spoof eLoran would most likely fail.

Currently, Loran-C transmitters are deployed in England, France, Germany, Norway, and Denmark, together with differential eLoran reference stations that provide better than 10-meter positioning accuracy at seven ports and port approaches along the English and Scottish east coast. Russia and China also operate Loran-C and eLoran stations. South Korea, which has been the victim of jamming from North Korea, is deploying an eLoran test bed. India and Saudi Arabia also operate Loran-C systems and are pursuing upgrading them to eLoran.

These countries are motivated both by concerns about the vulnerability of GNSS and by their wish to have their own sovereign PNT systems, so as not to have to rely on another country to provide that service for them. The United Kingdom, in particular, has been very focused on its vulnerability to GNSS outages.

The Maritime Resilience and Integrity of Navigation (MaRINav) report, a year-long study funded by the European Space Agency and completed by UK researchers, recently concluded that safe maritime navigation requires a combination of GNSS, eLoran, and the short range R-mode VDES.

“Even countries that are not fully developed—such as Vietnam, Thailand, and Indonesia—have understood the concern with having all of their technology and military systems tied to a source of PNT over which they have no control and that can be taken away whenever some government decides that they want to do that,” said Bartlett.

Nevertheless, France, Germany, Norway, and Sweden—all of which had Loran-C stations in the past—are focused on the European Galileo GNSS, now nearly complete, “because that is where the money is and that is where industry goes,” said Bartlett.

Citing the 2018 timing resilience act’s mandate, Littleton argues that the prospects for eLoran in the United States are “very good.” While cautioning that the system will not solve all problems with PNT everywhere, he predicts that it will be part of “a system-of-systems approach to provide true resiliency depending on the user needs,” together with inertial navigation and other systems.

He is confident that once DOT releases the results of its current study “everybody will have a very high degree of confidence that eLoran can deliver the accuracy and the reliability that essentially every PNT user will need.”

Additionally, Littleton pointed out, because the timing resilience act mandates that eLoran would have to be built by a public-private partnership, development would not have to wait on the federal government’s annual funding cycles.

“If private capital is available, you can go as fast as the capital will allow you to go,” he said.

A timing system, consisting of six to eight stations across the United States providing redundant coverage, can be built in two years, he said, then expanded to a full PNT system by adding 13 to 15 sites over a period of two to three years. Regional power and telecom operators could begin to use each station immediately as it comes online, while national systems would have to wait for the whole network to come online.

“The question is really about who wants to pay for it,” said Bartlett. “That is where things got stuck. PNT is used by everybody. So, there is no agency within the U.S. government that is responsible for PNT.”

Technical advisers to the federal PNT Executive Committee, he points out, “have been advocating and recommending that the government implement eLoran for the past 10 years.” Yet, while the U.S. government announced in 2005, and again in 2015, its intention to build an eLoran system, it has not done so yet.

“It is tough for any solution to compete with GPS as a backup when GPS is free,” said Bartlett. “This story’s ending is still to be determined.”

Loran-C consisted of chains of three or more land-based transmitting stations several hundred miles apart. Within each chain, one station, designated as a master station, and other transmitters, designated as secondary stations, transmitted radio pulses at precise time intervals.

The operator read the observed TDs from a Loran-C receiver and converted them to more commonly used coordinates, such a latitude and longitude, using Loran overprinted charts that displayed the lattice of possible Loran LOPs, each given a distinct color and denoted by a characteristic set of symbols. Later, most Loran receivers employed computer algorithms for this coordinate conversion process and displayed an estimate of the user’s latitude and longitude. 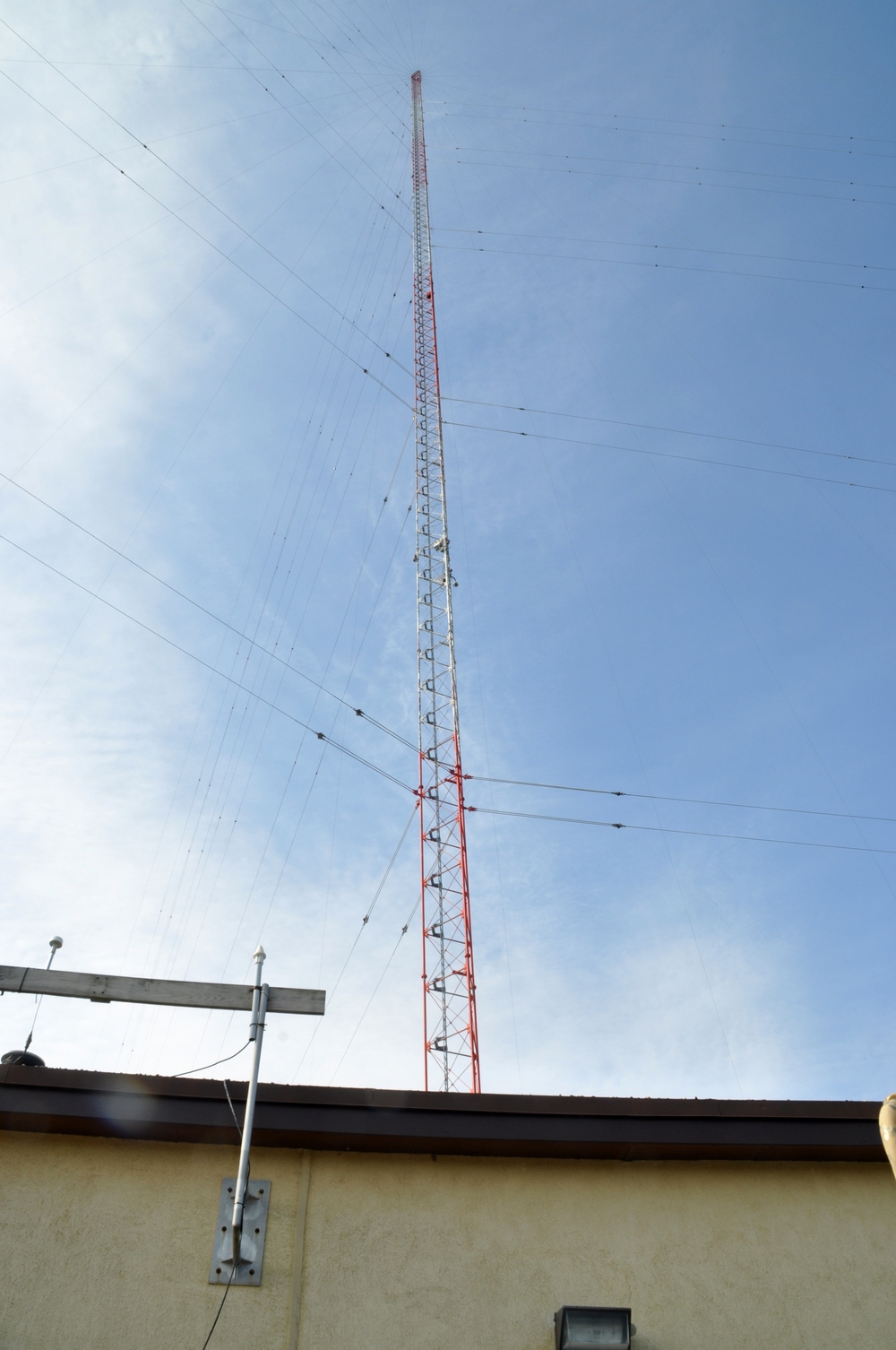 “The Return of Loran” Comments