This entry is part 73 of 80 in the series Pangaea 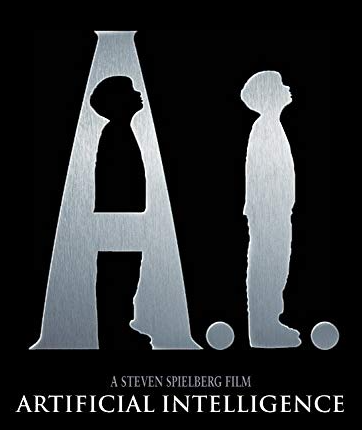 If we were to believe Steven Spielberg’s version of the future, curiously, robots can’t blink. It seems like mechas, as the life-like robots in his movie AI: Artificial Intelligence are called, lack the AI codes to involuntarily close and open their mechanical eyelids. Notice how almost all robots in Hollywood movies follow the same no-blinking pattern. Watch The Terminator movies, if you don’t believe me.

But surely you and I are neither mechas nor terminators, so, assuming that you blinked long enough a few weeks back, you may have missed the news that the 2018 Turing Award, the “Nobel Prize of computing,” was given to scientists Geoffrey Hinton, Yoshua Bengio, and Yann LeCun for their scientific work on artificial intelligence. “I think we’re just at the beginning of a big revolution,” Prof. Hinton told the BBC.

And that revolution is moving fast. Thanks to the trio’s foresight, AI technology has spawned successful companies around the world, including several flourishing ones in the geospatial industry. Through headways in computer vision and machine learning algorithms, geospatial companies are now valued for their data-crunching abilities in analyzing satellite images, monitoring construction projects, and managing smart cities. AI was one of the key topics in last year’s INTERGEO in Frankfurt, the world’s largest trade event for geodesy, geoinformation, and land management.

AI is also transforming the way we map our surroundings. Just last month, the biggest volunteer-mapping project in the world, the Humanitarian OpenStreetMap Team (HOT), announced that it will build a machine learning API to increase the speed and improve the quality of its maps.

Test areas in Africa have been successfully mapped using HOT’s AI technology, and more zones will soon be included to improve disaster response in the near future.

HOT is just one of the many AI groups that are mapping the world’s surface. In October 2018, Ecopia Tech Corporation, a startup based in Canada, produced the first and most accurate building footprints dataset of the entire United States using Ecopia Tech’s proprietary AI algorithms coupled with DigitalGlobe’s high-resolution satellite imagery.

“There were only three people when Ecopia was initially formed in 2013,” says Emily Jackson, the company’s VP for communications. This year they are adding their 30th team member, possibly an indicator of the continuous demand for AI products in the geospatial industry.

On the other side of the Atlantic, startups are also riding the waves of AI growth. Sinergise, a GIS-company in Slovenia that uses AI to extract Earth Observation data from Sentinel satellites, has been recognized by the European Association of Remote Sensing Companies (EARSC) for its contribution to the development of the Earth Observation sector in Europe. The company posted a 54% increase in revenue and 27% employment growth in 2018.

This growth in productivity due to AI will be a common trend. According to a report by PwC, the impact of the AI technologies and applications will increase global GDP by up to 14% between now and 2030. Other parts of the geospatial sector are now seizing the new opportunities opened up by AI.

For example on the BIM front, VOXELGRID, winner of the first BIM World Smart Construction award, uses proprietary deep-learning AI codes. “Our algorithms can quickly process point cloud data in order to create reliable and cheap 2D plans,” shares Christian Wetzel, CEO of the company. “That is our magic sauce.”

AI is also positioning itself in the bigger AEC industry with last year’s acquisition of ClearEdge3D by Topcon, a global leader in positioning instruments for survey and construction. ClearEdge3D software creates 3D models of plants and buildings using computer vision algorithms. “ClearEdge3D has established itself as the frontrunner in applying computer vision to solve major problems in the industry,” said Satoshi Hirano, president and CEO of Topcon.

While the U.S. and China are in the front of the AI race, countries in the EU are showing growth in AI investments each year, which is definitely a reflection of an emerging global interest in AI technologies and their commercial applications.

We still have not yet seen the full implication of AI’s unprecedented dominance in our industry. When machines learn to do our repetitive tasks, and what will be in store for our current and future workforce? Legal and ethical challenges are just down the road as we place more and more trust in automation.

So don’t blink now as artificial intelligence will undoubtedly continue to improve in the coming years. In the meantime, will somebody come along and write the AI code (or movie script!) so that robots can wink?

Thanks to Jeff Salmon for inviting me to share my geospatial thoughts here in Pangaea.