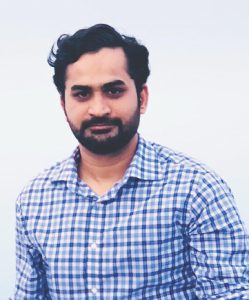 A certified surveyor from Pakistan, Muhammad Luqman is currently a PhD researcher at the University of Melbourne in the field of Earth sciences. He completed his Master of Philosophy in geomatics in 2014 with a focus on the application of geospatial technologies, as well as a master’s in space science in 2011 from University of the Punjab.

Luqman’s previous work as assistant manager for GIS at The Urban Unit in Lahore, Pakistan, involved such projects as the automation of a wheat procurement system, built-up-area extraction and extraction of cultivated and cultivatable land using the Landsat 8 satellite image dataset, and land-use parcel mapping. He also worked on a GIS application for a smooth and peaceful election in 2013.

Luqman is a member of International Society of Photogrammetry and Remote Sensing, author of several research publications, and reviewer for SCIENCEDOMAIN international. He’s also written for GoGeomatics on Sentinel constellations and data products and for xyHt on his GIS work for river dynamics..