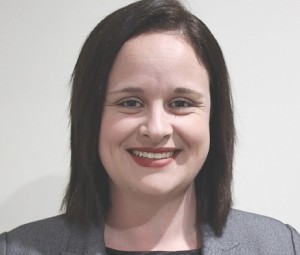 THERE HAVE BEEN 25 SURVEYOR GENERALS OF NEW SOUTH WALES ([NSW] the most populous state of Australia) since 1787. The 25th is Narelle Underwood. Narelle has had an eventful decade in surveying in both the private and public sectors. After serving for six years as a candidate surveyor with a private firm, Narelle joined the NSW Roads and Maritime Services as a graduate surveyor and earned the professional status of registered land surveyor. Narelle has since earned postings of increasing responsibility in both surveying and spatial data capture and management. Her appointment as the first female surveyor general of NSW, a posting that falls under the NSW Department of Finance, Services and Innovation, was effective October 2016.

Narelle has been a tireless supporter of the surveying profession, especially in promotion and outreach among young surveyors. Her list of awards includes being the Asia Pacific Spatial Excellence Awards Young Professional of the Year, the NSW Surveyor General’s International Fellowship and NSW Young Professional of the Year, and numerous academic honors and civil/surveying competition prizes. Narelle earned her BS in engineering, surveying & spatial information systems from the University of NSW.