Here’s what xyHt’s Located contributors want for the holidays and their suggestions for great geospatial gifts.

For Christmas I would like a special booth that I can sit in. Inside will be VR glasses and a controller so I can walk or fly around my point clouds or 3D models. I want the controller wand to be able to pull measurements and clip certain areas to view in isolation. Make the booth sound-proof and have some nice speakers so I can jam out while I’m in there.

Nick Duggan Is Hankering for a Pixel 2

This year I want a Google Pixel 2. Although Apple has released their ARKit that runs on most Apple devices, Google has years of experience with augmented reality (who remembers Google Goggles & Cardboard?). A few weeks ago, Google released their new ARCore for the next generation of AR, which promises to be all kinds of awesome (though it only runs on a few new Android devices right now). 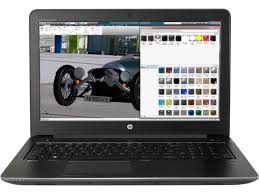 Too expensive? There’s the HP ZBook 15 (Intel Core or Xeon processor, 64 GB of memory, 3 TB of

total storage, and optional HP DreamColor UHD or FHD touch displays). Price starts at $1419. This was the HP computer model sent by NASA to the International Space Station in 2016. 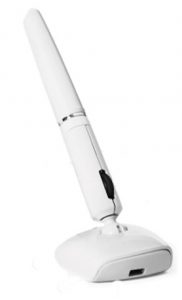 A practical gift is computer accessories from Penclic, a family-run business from Stockholm, Sweden. Add a touch of Scandinavian creativity to your workspace and avoid RSI (Repetitive Strain Injury) by using the ergonomically-designed mouse pen (B3 model starts at $89.95) and the sleek keyboard (KB3 model at $99.50). Both products have won awards from the editors of MacWorld and PC Mag.

A View From Above

Published by National Geographic, this photography book features 300 color photos taken from the International Space Station by NASA astronaut Terry Virts. He spent 200 days in space and took more than 319,000 photographs, the most for any astronaut! Hard cover price, $40. Available on the National Geographic online store. 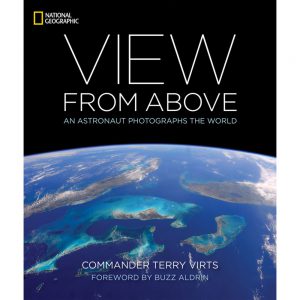 I’d like to see UAS and real-time systems made available to all parts of the country at risk of hurricanes and other natural disasters. Recovery efforts could be greatly helped by periodic mapping and then rapid post-event mapping.

There are new options for real-time photogrammetric and laser-based SLAM (simultaneous localization and mapping) for both terrestrial mapping and now UAS— from the tiny UAS Vision to Lockheed Martin’s Hydra Fusion to Verity. If I’m going to dream big, I’d love some of the big SwissDrones copters or VTOL craft, like that from Wingtra or from Wingcopter. 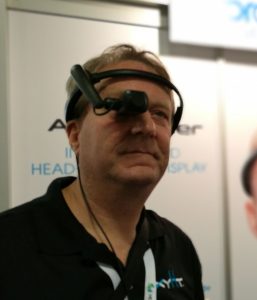 Produced by Brother (yes, the printer company), this headset display was designed for UAS operators to be able to visually track the craft and keep an eye (literally) on the tablet display. I’ve done drone ops where we had one person visually tracking the craft while another operated the tablet; I found out the hard way that when I looked down at the tablet briefly, it took a while to spot the craft. This display goes back to basics: a crisp, high-resolution video display, but lightweight and comfortable. I’d use it for more than just UAS, such as running surveying instruments, 3D walkthroughs, and with various mixed-reality apps. 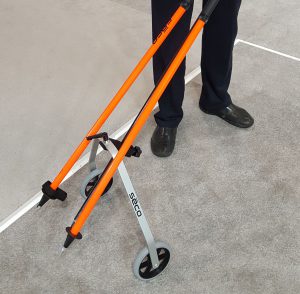 At the recent Bentley Year in Infrastructure conference, I asked for a demo of the ContextCapture Mobile app. The app is free, but you use an online subscription service to process images you snap with your phone into a 3D Mesh. And dang. It worked. This seems to have upped the game in producing models that would be engineering-grade. 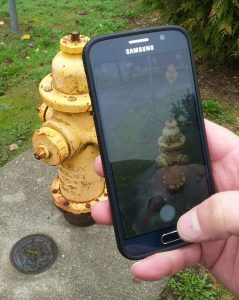 Practice Your Drone Skills with a Parrot Mambo FPV 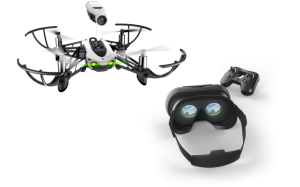 If you want to give that budding drone pilot in your family an inexpensive entry-level drone, check out Parrot’s Mambo FPV (first person view). This mini-drone comes with a 720p HD camera for real-time FPV streaming, Cockpitglasses 2 for a fully immersive view, Flypad controller, and everything you need to start flying. While Parrot touts it as an entry-level drone racer (pretty cool), I see FPV as an inspection tool as well. Bonus: Using Parrot Playground and Tynker, you can program it! Only $179.00 at your favorite tech retailer.

During WWII, fighter pilots were issued scarfs with maps printed on them as part of their survival kits. Topographical map bandanas are a modern-day twist on this idea. Map-dannas, as I call them, are bandannas printed with USGS maps. Options include all the major National Parks. Available from various vendors on Amazon in the $10-20 range. 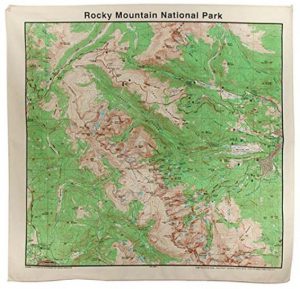 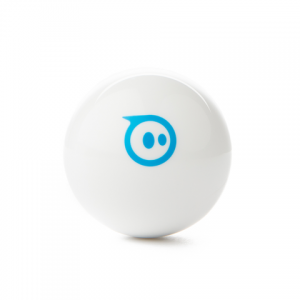 Equipped with a gyroscope, accelerometer, and LED lights, you can drive the Mini several ways using the Sphero Mini app: Joystick, Tilt, Slingshot, or Face Drive. Face Drive is a fun feature that uses your facial expressions to drive the ball. Like the Mambo FPV, you can program this little bot. Available at major retailers for around $50.