The National Geodetic Survey of the U.S. responds to surveyors’ questions on how legacy physical geodetic monuments will be affected by the planned 2022 reference framework modernization.

Editor’s note: A recent article in xyHt’s online newsletter, Field Notes, prompted a discussion among surveyors on the pending 2022 modernization of the National Spatial Reference System (NSRS) for the U.S. and its territories. Their questions relate to the role that “passive control” (physical geodetic monuments in the ground) will have in the new framework, considering the increasing reliance on “active control” (GNSS reference infrastructure).

The NGS was pleased to provide a detailed response as educational outreach for the 2022 modernization effort by Dr. Dru Smith, NGS NSRS modernization manager. Although these questions and responses are specific to the passive/active control systems of the U.S., other countries already have or will soon undergo a similar transformation of their geodetic reference frameworks and passive/active control infrastructure, so these issues are a hot topic with surveyors and geodesists across the globe. Furthermore, there will be repercussions for infrastructure engineering, GIS, and construction. 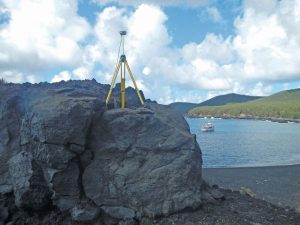 GPS equipment is set up over mark PAGAN 1 (PID AA5095) on the remote volcanic island of Pagan, Commonwealth of the Northern Mariana Islands, during a recent NGS survey aimed at determining the rotation of the Mariana tectonic plate for the purposes of defining MATRF2022.

In a recent article for xyHt, Scott P. Martin posed the question, “Are HARNs on death row?” The NGS thanks Scott for writing the article, raising this question (and others), and giving everyone a chance to consider what the modernized NSRS will look like, and especially what role passive geodetic control marks will play in the future.

As there was a great deal of information in Scott’s article, it seemed best to address topics in the order they were presented, with two exceptions: NGS will address the most important question first and then provide background and terminology to help put the response in context. After that, the article will be addressed in order, with closing discussion at the end of part 2.

The most important question [posed by Martin in the original article] is:

“Should local, grassroots efforts be mounted to perform a campaign for submission to NGS through the Bluebook process or the successor thereto (part three of the Blueprint for 2022), to ensure that they will be included in NATRF2022?”

Yes please! NGS strongly encourages the re-surveying of historic marks. Because this is so important it will be elaborated upon at the end of part 2 of this article.

“[HARNs were] the first attempt to develop a truly three-dimensional system that included precise ellipsoid heights.”

The HARN surveys were definitely NGS’s first major foray into the new three-dimensional tool of GPS. But NGS was just coming freshly off of the creation of NAD83(1986) and wasn’t quite thinking three-dimensionally just yet.

Therefore, while it is true that HARN adjustments yielded some ellipsoid height information, the intent of the HARN surveys was really to improve latitude and longitude. As they were layered adjustments (GPS vectors first, then classical horizontal observations tied to that), ellipsoid heights were more of a by-product than a goal.

“The California High Precision Geodetic Network [is] HPGN, instead of HARN of course, we had to be different!”

This is a perfect opening to further address confusing terminology! Most of that was addressed at the top of this article, yet some additional history might be worth noting here. 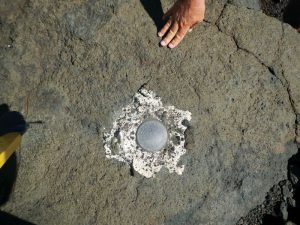 For example, Soler et al. (1992) use “High Precision GPS Network” (HPGN) to describe HARN surveys in Florida, Oregon, Idaho, Washington, Maryland, and Delaware. But in the same paper, they use the overarching term “High Accuracy Reference Network,” while the title of the paper itself refers simply to “High Precision Networks.”

“The misfit between CORS positions and those of HARN/HPGN stations was exposed, analyzed, and ultimately aligned, with CORS as control.”

As mentioned earlier, this alignment to CORS required an entirely new round of state-by-state GPS surveys, occupying many of the original HARN marks. This second round of state-by-state surveys are known today as the Federal Base Network, or FBN surveys. This also includes Cooperative Base Networks (CBN) surveys, which were performed by NGS partners that were coordinated with FBN surveys. For all practical purposes they can be considered the same as FBN surveys.

Despite the early confusion between the various terms, most of the recent literature from NGS (from the mid 2000s and forward) will use HARN to mean the first round of state-by-state GPS surveys (adjusted with classical horizontal observations) and FBN to mean the second round of state-by-state GPS surveys (whose adjustments did not include classical horizontal observations). 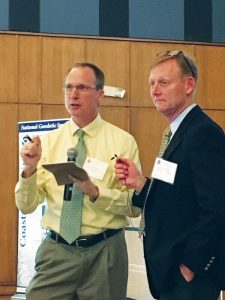 In 19 states though, there were enough marks outside of tolerance that it was necessary to supersede the HARN’s horizontal coordinates. When this happened, a second “realization” of NAD83 was published for that state.

By way of example, the state of Ohio had a HARN survey in 1995 and an FBN survey in 2003. The FBN adjustment (2004) did not yield significant horizontal changes from the HARN adjustment. As such, the only realization of NAD83 in Ohio, between the 1986 original release and the 2007 national adjustment, is NAD83(1995).

“So here we are in 2017, and HARN/HPGN stations are still of significant importance in many areas of the country.”

If what was meant here was the HARN marks, then NGS wholeheartedly concurs, and rest assured, if they were observed as part of the FBN survey, they will be part of the re-processing efforts for the TRFs of 2022. However, if this meant HARN coordinates, then the response is somewhat different.

If, in fact, surveyors anywhere in the western United States are continuing to rely upon HARN coordinates on a mark, they are at least two (and in California and 18 other states, three) generations of NAD83 realizations out of date.

Ever since the release of GEOCON (in 2011), users have had the ability to transform their geospatial data forward to the more recent realizations of NAD83. With the 2017 release of NADCON 5.0, that ability is now much simpler than with GEOCON.

Of course, such transformations should not be considered as a replacement for geodetic control, but they never have been. NGS has stated from the very earliest days of NADCON that the best practice for achieving higher accuracy is to readjust original observations to new control. Users who cannot do so, or choose not to do so, are welcome to use transformation tools such as NADCON that yield less accurate results.

Lastly, there is significant crustal deformation, subsidence, and tectonic movement in the entire western portion of the North American continent (not just in California), relative to the less deforming part of the continent. Therefore, reliance upon coordinates from the 20- to 27-year-old HARN adjustments in such a region must come with its own particular challenges.

“When the NGS computed the latest realization of NAD83(2011)2010.00, it was based on a multi-year CORS solution. Then, approximately 80,000 passive survey marks, including the HARN/HPGN that had been included in projects submitted to NGS going back to the early 1990s, were recomputed in relation for the CORS-only positions. So, the passive marks, or at least a more modern subset of them, were pulled along into the latest version of NAD83”

In addition to this statement it should be re-iterated that HARN coordinates [“NAD83(1992)” in California, etc.] were the result of a layered adjustment of GPS vectors (first) and classical horizontal observations (second). That means a HARN mark might never have been occupied by a GPS receiver at all. This is not the case for the FBN marks where all marks were exclusively observed with GPS in the FBN survey.

The Fate of Legacy Published Values

Hundreds of thousands of marks were established in the mid-20th century to define and provide access to NAD83 or NAVD88. Many have not had new observations performed by the NGS for 40 years or more.

Instead, new published positions (latitude, longitude, and/or elevations) have occasionally been recomputed using either a mix of classic optical horizontal data mixed with GPS (HARNs) or, for a few tens of thousands of marks, with new GPS alone (FBNs). Most coordinates in the NAD83(NSRS2007) and NAD83(2011) adjustments were not the result of collecting new GPS observations, but rather re-adjusting old (GPS only) observations. Since the FBNs, the classical optical horizontal observations have not been part of updating coordinates in the NSRS. The mark pictured above had new values established from 1999 GPS observations (by volunteers) adjusted by the NGS; many other marks in the same region, and across the country, have not been re-observed as recently.

To be continued in part 2.

It’s important to define eight terms that are used throughout this response. However, each of these should be taken with a grain of salt, as exceptions to many of these definitions exist, and the terminology used by NGS was somewhat inconsistent until the mid-2000’s (and in some cases, unfortunately, remains so).
Frankly, to get all of these details 100% clear and documented would require a significantly larger effort than what is written below.

HARN survey: a state-by-state collaborative effort between NGS and professionals within each state to collect GPS data on a set of passive geodetic control marks, with the intent of improving horizontal coordinates by leveraging GPS technology. These occurred between 1986 and 1997.

HARN adjustment: a three-layered adjustment for a state (sometimes a group of states), using both the GPS data collected in the HARN survey as well as existing classical horizontal observations. These adjustments resulted in HARN coordinates.

In general, each adjustment went like this, with each layer held as fixed for the next layer: A-order GPS, then B-order GPS, then lower-order GPS and all classical horizontal survey data.

HARN marks: that group of passive geodetic control marks with HARN coordinates. Such marks may or may not have actually participated in a HARN survey.

A frequently used Coast & Geodetic Survey (predecessor to the NGS) marker set in 1933, across the bay from Seattle.

FBN survey: a state-by-state collaborative effort between NGS and professionals within each state to collect GPS data on a set of passive geodetic control marks, with the intent of improving ellipsoid heights by leveraging GPS technology, especially by tying to the expanded CORS network and also applying “Height Modernization” techniques. These occurred between 1997 and 2004 and very frequently were performed on HARN marks. They were known as “HARN re-observation surveys” when they were actually ongoing.
They were sometimes also called the FBN/CBN surveys, where CBN means Cooperative Base Network (distinguishing FBN marks that the federal government would maintain from CBN marks that would be maintained by state and local authorities.)

FBN adjustment: a GPS-only adjustment for a state (sometimes a group of states), using the GPS data collected in the FBN survey. No classical horizontal data went into FBN adjustments. Depending on the outcome, these adjustments would yield up one of the following:

For example: Ohio’s HARN coordinates are NAD83 (1995), and though there was an Ohio FBN survey and Ohio FBN adjustment (in 2003 and 2004 respectively), there are no “Ohio FBN latitudes” or “Ohio FBN longitudes.” Before the 2007 national adjustment, a datasheet from an FBN mark in Ohio would show the HARN latitude, HARN longitude, and FBN ellipsoid height, but none of them would carry the tag “NAD 83(2004).”

FBN marks: that group of passive geodetic control marks that participated in the FBN survey. 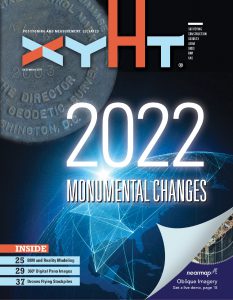