Sidescan sonar helps a hydro survey team and a dive club find and raise the famous bouncing bombs from WWII.

(Above: The SD Moorfowl lifts a Highball from Loch Striven.)

As of May of 2018, it will be 75 years since the famous German dam buster raid by the Royal Air Force. The raid used Lancaster bombers and the innovative “bouncing bomb,” invented by Sir Barnes Wallis.

The bouncing bomb was the epitome of Britishness, a bomb that bounced on the water and destroyed dams, which flooded German factories. The raids wouldn’t have come about if the Royal Air Force had had their way; Sir Barnes Wallis had to sneak in a test of his bomb design at Chesil Beach in Dorset, UK, a few miles from where I now write this.

For the test, a Wellington bomber (one of Wallis’ most successful designs) had been converted to accommodate a dummy bomb. With Mutt Summers as pilot and Wallis as passenger/observer, the plane set out along Chesil Beach towards Portland.

The exercise was so hush-hush that the anti-aircraft batteries on Portland hadn’t been told of the test flight, and, on spotting the unrecognizable shape of the converted Wellington, they opened fire. However, they were not very good shots, so pilot, inventor, crew, bomber, and bomb survived.

Once the bomb had been proven to work, further testing was done on Loch Striven in Argyll, on Scotland’s west coast. The testing bombs, called Highballs, were spherical; these were found to shatter easily on contact with the water, so they were redesigned to a cylinder shape called the Upkeep. 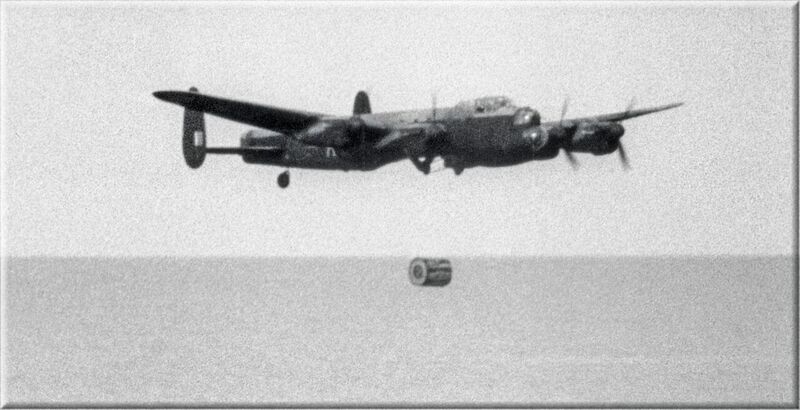 Lancaster bomber pilots flew across Europe in cramped conditions to off-load these bombs at four dams, having to fly with great precision at a height of 60 feet above the water. All but one site was a success, and the raids were heralded as a triumph of engineering and British ingenuity.

Around 200 Highball and Upkeep bombs have been lying at the bottom of the Loch since the tests. Almost 75 years later, the British Sub-Aqua Club (BSAC) approached GSE Rentals (part of Unique System UK), in its search for technology that would give an image of the full area of Loch Striven. 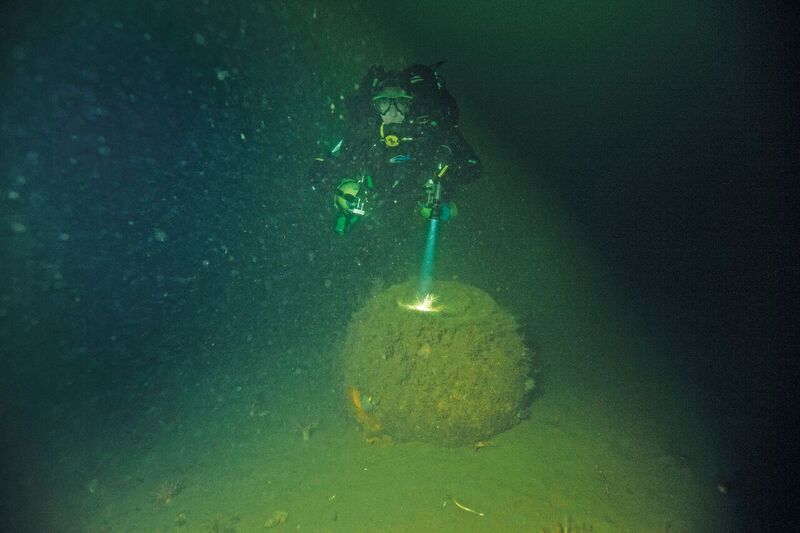 A Highball lying on the seabed. Credit: Lindsay Brown of BSAC.

He also brought a well-respected survey company in Scotland, Aspect Land & Hydrographic Surveys Ltd, to supply the boat and survey personnel, creating a dream team for the work.

Michael Osterberger, GSE Rentals senior engineer who has worked alongside Cameron for 27 years, also brought his considerable expertise to the project. Osterberger worked with the new system to secure high-frequency 900 kilohertz sidescan sonar data to produce a 150m swath image.

The equipment worked well for the search-and-recover project as it brought significant time-savings and created exactly the right definition of imaging required. During the imaging process, the side scanner works by using a constantly scrolling image, allowing on-going analysis and speeding up the process. 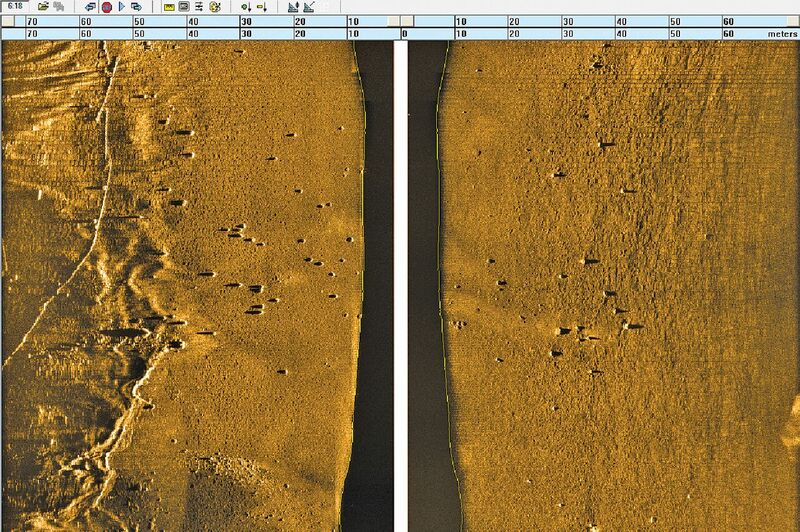 Sidescan sonar images of the Loch seabed reveal the bombs as tiny dots.

The results showed many of the spherical Highballs lying on the floor of the loch and four “side charges” from X-class (X-craft, midget) submarines. As the Royal Navy could not ascertain whether these charges were inert, they left those on the seabed.

“Traditional diving methods are time-consuming, and visibility is poor at the bottom of a Scottish loch. This particular system gives exceptional range performance at high resolution.

“Without the cooperation of Klein Marine Systems and the survey team at Aspect Land & Hydrographic Surveys Ltd, we would not have been able to collect such good quality images in the time allocated. With such high-resolution range performance, the data presented to the dive team makes the process far more efficient and precise.”

On what makes this equipment ideal for bouncing bombs, Alan Cameron says,

“The system used is designed specifically for high-resolution seabed surveys, and this resolution at high range makes it more efficient in getting a clear wide-area swathe, which aided location of the bouncing bombs. The clarity of the sonar images allowed the Royal Navy and the BASC dive team to quickly determine the bombs best-suited for recovery.” 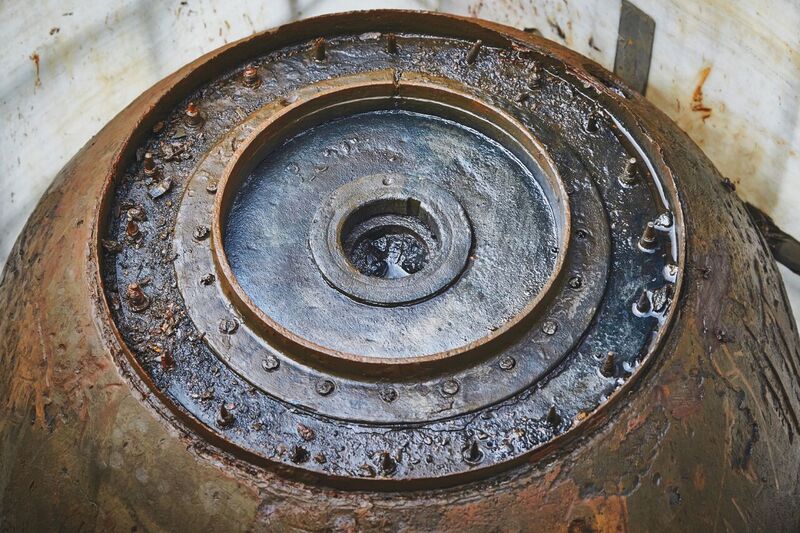 The first Highball on board the recovery ship after a clean up.

The First Bomb Is Raised

After seven years of careful planning, at the end of July this year a Highball was retrieved in perfect condition from almost 50m down. This is the first time one of these devices has been seen since the original testing.

The team aims to lift another Highball and donate them both to museums so they can be put on display to the public in time for the 75th anniversary of the dam busters raid in 2018. One is to be donated to the Brooklands Museum in Surrey and another to the de Havilland Aircraft Museum, formerly known as the Mosquito Museum, in Hertfordshire. 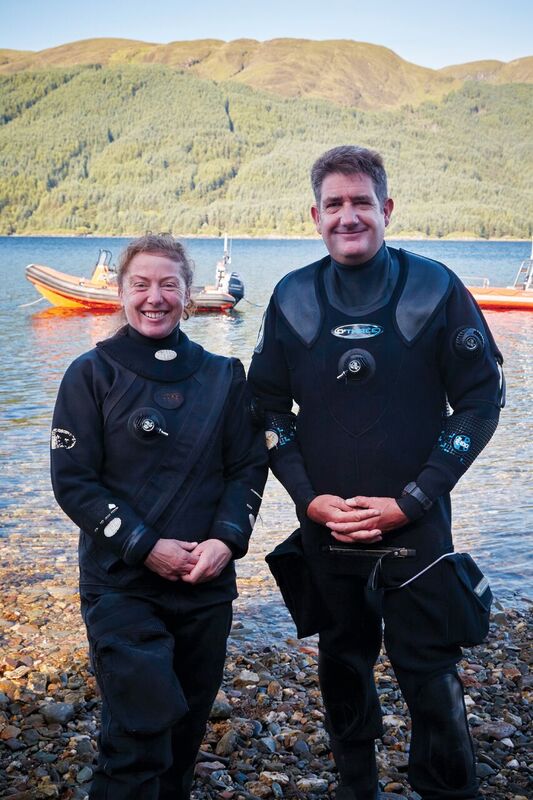 Lindsay Brown, the dive videographer and a member of the Dundee Sub-Aqua Club, and Mark Paisley.

Lindsay Brown, a member of the Dundee Sub-Aqua Club and underwater filmmaker for the dive, commented,

“I love old technology, and it was absolutely stunning to see one brought to the surface. I feel that other people should be able to see them, not just divers, so itÕs amazing to know that will happen because of this project.”

If you’d like to read more about sidescan sonar, check out these articles:

To read more articles from this print issue, click on the cover below. 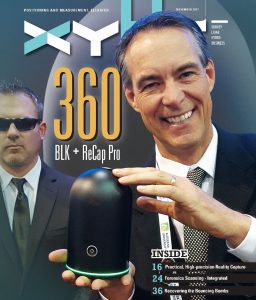