This entry is part 4 of 10 in the series xyHt in print, April 2016
Above: A 3D laser scan inside a facility, which will be processed into a BIM 3D model. Credit: 3CON, LLC

BIM is quickly advancing for construction and survey.

As long as humans have built environments, they have been surveying. And as the human imagination has spurred increasingly complex constructions, land survey tools and techniques have evolved to perform more precise and complex measurements.

Today, the design, construction, and real estate industries are adopting building information modeling (BIM) as a digital representation of the building process that includes 3D geometric representation tied to costs and schedule and enabled by human collaboration. The past few years suggest that BIM is fast becoming mainstream (although it was introduced in the 1970s).

Now underway is rapid information exchange fueled by desktop PCs and fast internet, which is accelerating BIM adoption, as well as a second acceleration based on mobile computing. Naturally, land surveying is evolving to accommodate the BIM environment.

BIM is understood to be a communication and collaboration process, although the specific purpose of BIM is different for its varied users. For architects, BIM is primarily an intelligent, 3D design tool for creating a vision of a space based on owner requirements. Builders use it as a centralized coordination platform to ensure that all managers and contractors are on the same page. For facilities managers and owners, it’s one of many data sources that helps them manage and maintain a building and its functions. Then, there’s an end-user who takes advantage of a space. Surveyors provide the geospatial information that keeps BIM fluid.

Tiger Jimblat is the president of a Toronto-based company called Mr. As Built that provides BIM, CAD, and 3D scanning services. He says that the real estate and construction industries took a huge turn with BIM and 3D laser scanning.

“Previously, there were many devices that were needed to conduct and document site measurement. You may miss an important measurement that will be an obstacle later once you put your project together,” says Jimblat. With 3D laser scanning, these areas of errors are almost mitigated.

“You don’t need to revisit the site should you miss any dimension. You can also generate the floor plans, 2D and 3D, using the collected data from the scans, which increases the level of accuracy.” Adding 3D scanning to the BIM process makes both more valuable as the collected data has multiple usages.

Duane Redding, the CEO of Illinois-based 3CON, echoes that sentiment. “BIM will have the largest single impact on surveying of any technology since the turn of the century. The advantages are based in cost and time savings, and that is what every business must live and die by.” 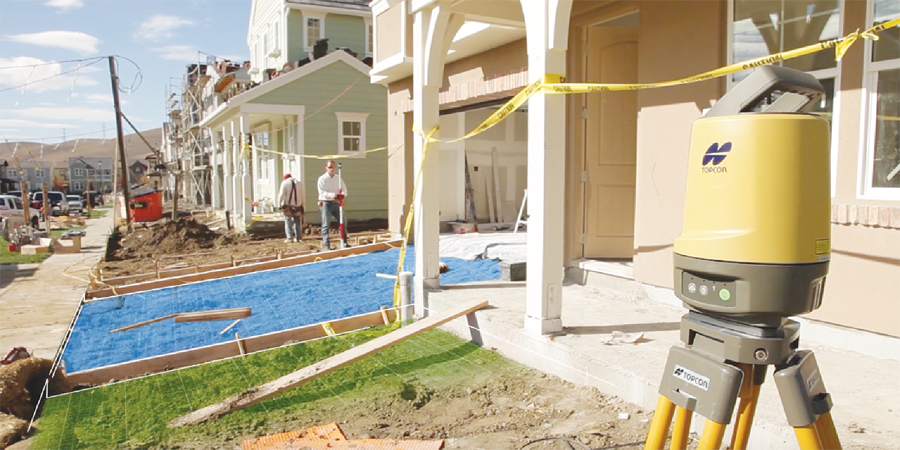 Construction stakeholders care about the minimization of variance from planned design, cost, and schedule. The idea is to shift the “ball of risk” to another party so that if there is variance, the cost to address it is incurred by the responsible party.

BIM allows early identification and correction,” says Redding. “Early errors, if missed, can expand exponentially and end up costing a sizable portion of the profits to correct.” Thus, it is in everyone’s interest to prevent errors first or else detect them quickly before they eat into profits.

For example, imagine a large general contractor (GC) with interests in adopting BIM for the coordination of mechanical and electrical (M&E) installations to ensure they are designed correctly then built to design. M&E has great potential for miscommunication that leads to unwanted costs and delay because it has multiple subsystems that are designed and installed by different subcontractors and consultants who usually lack direct communication. These subsystems bend, turn, and stretch in narrow spaces where there isn’t much space to work. If one system doesn’t follow 3D design and clashes with the design of the others, then change orders are required for the re-design of each affected subsystem.

The costs of change orders add up quickly as they include the man-hours of review and sign-off by the owner, her architect, and each affected consultant, material and labor expenses, and associated delay to other parts of the project. Thus, a GC wants field verification to assign penalties to deviations and deter work variances by the subcontractors. While total stations are used for such work, rapid 3D capture is preferred.

Furthermore, tripod-mounted laser scanning has enabled the creation of highly accurate point clouds that are edited into BIM 3D models. Existing buildings built without BIM are surveyed and interfaced to new additions so that BIM processes can be used. Scan-to-BIM software semi-automatically classifies point clouds into models where objects are identified, tracked, and labeled. The same datasets are compiled for as-built documentation throughout the project right through to building commissioning. 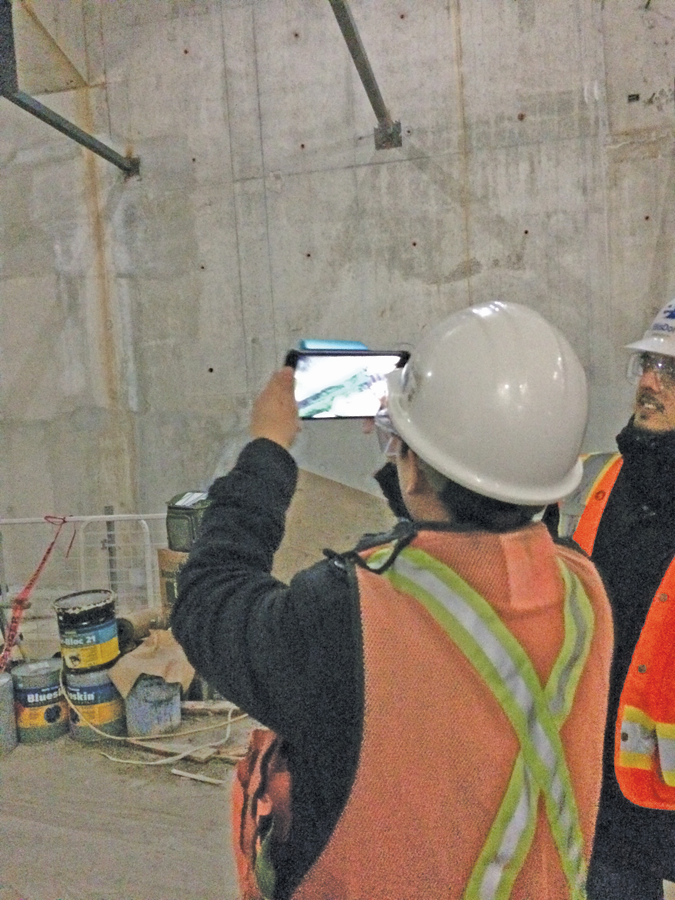 A 3D laser scan inside a facility, which will be processed into a BIM 3D model. Credit: 3CON, LLC

Yet, the construction industry still has many roadblocks to BIM adoption. “BIM is a time-consuming process that not everyone is willing to take” during the design stage, says Jimblat. “Time equals money.”

There’s an opinion that BIM designs are twice the costs as CAD, so owners are reluctant to pay the upfront cost. Many owners still need to be educated on BIM because the payback is almost instant: design errors and their costs are mitigated at earlier construction stages.

“In other words, the thinking is done ahead of time and before construction starts. [This is about] saving money and maintaining project schedule,” says Jimblat.

Furthermore, resistance needs to be overcome in the form of cultural, regional, and generational (and a mix thereof). A forward-thinking GC may want to deploy BIM, but if its contractors have not adapted for legacy reasons, the project will move forward without it.

The limitations of current surveying technologies don’t help. Survey instruments such as robotic total stations and 3D laser scanners still require multiple setups, manual data processing, and survey specialists. Scan-to-BIM processing may classify point clouds to 80% completion, but considerable time is spent on quality assurance and manual editing for the remaining 20%. Ultimately, a goal of BIM to deliver situational awareness is restricted by manual survey procedures and processing. But surveying is evolving.

Surveying is following in a similar way. While construction surveying will always incorporate controlled setups and high-precision measurement, different aspects of BIM will emerge to give construction teams more survey choice.

3D scanning and photogrammetric systems will become one for enhanced surveying, leading to automated point-cloud registration and internet-based data processing. 3D sensing tablets are emerging to enable real-time field verification at the centimeter-level accuracy. Augmented reality will enable site workers to overlap virtual design over the real world and merge with survey to enable rapid layout.

Robots and 3D printing also have parts to play. Combined with data analytics from a database of BIM projects, this will eventually lead to object identification for automated BIM creation and verification through machine learning.

“These factors will help propagate the technology that feeds BIM. Basically, [BIM and surveying have] a symbiotic relationship,” says Redding.

Tiger Jimblat sees evidence of change all around him. “The future is actually present, but not everyone is on board.” For surveying and BIM, onwards and upwards.