This entry is part 6 of 13 in the series GeoDude 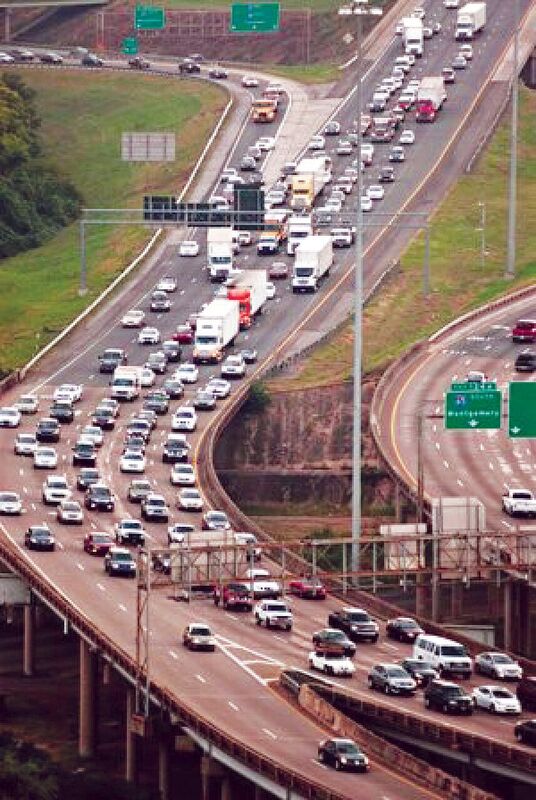 Note from the editor in chief: In 2006 when I began at this magazine’s predecessor, Professional Surveyor, Geoff Jacobs was already an established 3D scanning columnist, trusted as an industry specialist and read regularly by our subscribers. He’s a significant leader in the field; Geoff is also a pleasure to work with. I’m proud to announce this new column, named as a nod to Geoff’s friend and bowling partner and the “Geo” in Geoff’s name.

Until recently while corresponding with staff at xyHt, it had not occurred to me that, ironically, the spelling of my first name–Geoffrey (pronounced Jeffrey)–starts with “geo,” the very field where I’ve spent much of my career! So, I’m quite happy to have my column be named “GeoDude on Rich Data.”

My plan is to primarily contribute on the topic of 3D laser scanning. I’ve done this before when the technology was quite new. From 2004 to 2011, I contributed over 40 articles for this same publication (then Professional Surveyor magazine) on “3D Scanning,” still a new and very different survey technology.

My goal was to educate readers about some of scanning’s new terminology, how scanning differed from other survey technologies, and how it was being used in the real world. Those articles are still online (in the PSM archives) and remain a helpful resource for those just getting involved in it. One of my former colleagues kiddingly refers to those articles as the “Federalist Papers” of laser scanning.

But why was I writing about 3D scanning? I had become deeply involved in it at the very beginning, and I continued to focus on it from an “understanding the market” perspective for my employer. I joined laser scanner and point cloud software pioneer Cyra Technologies in 1998. I was employee #20, their first marketing hire. In 2001 Cyra was acquired by Leica Geosystems, where I continued with the scanning products business as senior vice president, strategic marketing until my retirement from Leica in January 2017.

Working for a product vendor and writing articles about laser scanning for an industry magazine, I had to be extra careful not to promote my employer’s products. Of additional note, I also worked for a vendor of another breakthrough surveying technology in its early days–Trimble Navigation and GPS–from 1990 to 1998. I’ve been lucky to have been involved so early and so heavily in bringing these breakthrough technologies to the market.

Of all things, by education I’m a chemical engineer (B.S., University of Rochester; M.S., Penn State). That technical education, which emphasized error analysis, helped enable me to learn many ins and outs of surveying. Throughout my 27+ years in the survey industry, I’ve found it both very interesting and rewarding.

Today, I’m thrilled to be able to continue to educate xyHt’s readers about this truly exciting and transformative technology as it further penetrates and enriches the surveying and client worlds. 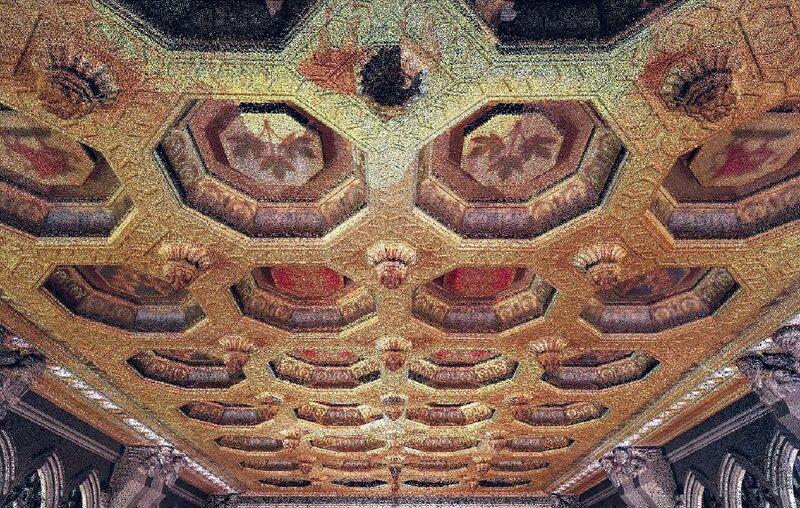 This screenshot is part of a virtual tour created with laser scanning; it’s the ceiling of the Centre Block of the Parliament Hill National Historic Site in Ottawa, Ontario. Credit: Carleton Immersive Media Studio.

With new and emerging technologies, many professionals want to know where they stand relative to other professionals with respect to the timing of getting into a new technology. Are we getting in too early; will we be successful with it? Are we at risk of being too late and missing out on opportunities? When is the right time for me, my department, or my organization to get in?

Before getting into the specifics of where the adoption of laser scanning stands today in the market, I would like to talk, in general, about adopting any new technology, not just 3D laser scanning.

Techies/innovators: they are first to buy new technology. They buy it because a) they think it’s cool, and b) they want to be able to tell others that they have this cool new thing. For them, it’s not that important if it works well; what’s important is that it’s cool and they’re excited to have it. You may know people like this–they wait in lines overnight to buy the newest thing or version as soon as it’s released. 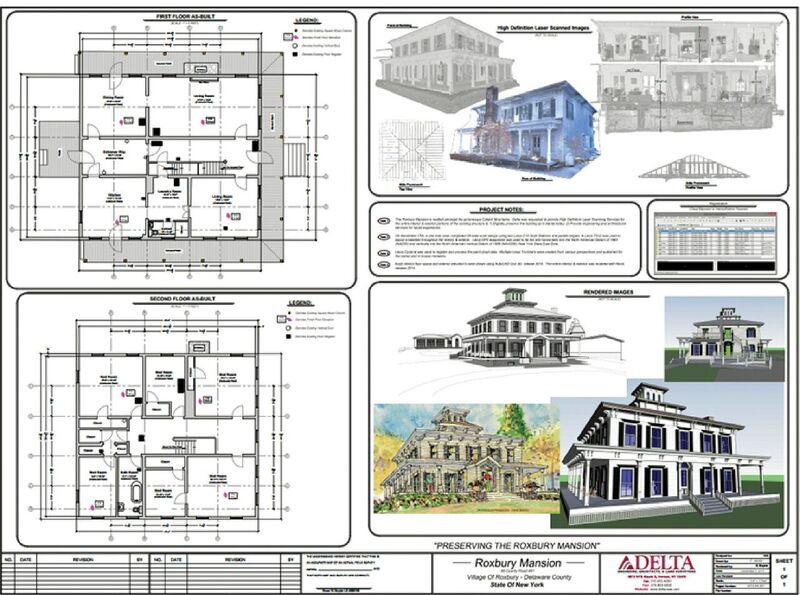 This image of a plan deliverable conveys that scanning is not just about interesting scan images; it has progressed to valuable client deliverables. Credit: Delta Engineers, Architects, and Land Surveyors.

Early adopters or visionaries: these people/organizations see the potential of a new technology to dramatically improve their business, especially as a way to gain a competitive advantage. These people/organizations understand that the technology may not be fully ready for prime time; they may have to work with a vendor to improve/adapt it to get the big benefits that they envision.

The key is that they want to get in early, gain the expertise, and secure a competitive advantage before most others have it. They are not too price-sensitive, and they want to get the word out into the market quickly that they have this new capability.

In the big picture, there are not that many of these folks compared to the potential mainstream market. If you want to get into laser scanning because it will give you a competitive advantage in your particular market/set of clients, you’re an early adopter.

Early majority: this and the late majority comprise the bulk of the potential market. These people/organizations are more risk-averse than early adopters. Hence, they are more price-sensitive, wanting to reduce their financial risk in an investment. They want to use the technology for everyday work with a high level of certainty that it will be profitable. They don’t want it to disrupt their work processes or their organization; they just want it to work out of the box and deliver predictable benefits.

When the early majority is doing their homework on new technology, they want references from people who are just like themselves, professionals who plugged the new technology into their ongoing activities and report that things are going very well, just as expected. If that sounds like you, you’re an early majority person or organization.

Late majority: this is also a large group in the market. The main difference between the early and late majority is that the late majority is waiting for the technology to be standardized. The technology has evolved so much that it has simply become the way certain work is now done and there are appropriate, applicable standards around it.

For scanning, when your clients start to require it or you see it in RFPs, that’s a sign of scanning becoming standardized. If you or your organization are waiting for laser scanning to become standardized as a tool and process, then you’re in the late majority and you have plenty of company.

The early and late majority segments of the market are also often called “mainstream.” Laggards: these are the folks who, in the survey world, are still using mechanical drafting tools. They go kicking and screaming into any new technology. There are relatively few people/organizations in this category, but they’re out there, usually with great personal pride.

For the above descriptions and how best to manage technologies through their adoption cycle, I need to acknowledge Geoffrey Moore’s Crossing the Chasm book. If you haven’t read this breakthrough business book on the market characteristics for adopting new technologies, I heartily recommend it. It’s a fun and informative read.

Where Are You with Adopting Laser Scanning?

The answer is “It depends.”

Laser scanners, of course, cannot be used for set out/stake out, as total stations and GPS can, so that limits the total potential market for them; nevertheless, the dramatic difference in number of scanners purchased each year compared to total stations and GPS systems indicates that laser scanning has not yet fully penetrated the full mainstream of the surveying market. But laser scanning is definitely en route there, and there are several niches/sub-segments where it is already mainstream.

Likewise, the vast majority of larger survey and engineering firms that regularly do this sort of work own scanners. So, for this segment of the market, laser scanning is mainstream. If you do this type of work and you’re not already using laser scanning, you’re behind. For residential and rural road surveys, laser scanning is not yet mainstream. Most of these are still done traditionally. A big benefit of using laser scanning for road surveys is safety: often, you don’t have to stand in the road or shut down lanes to survey it. For busy roads, that’s a major plus; for roads that aren’t busy, it’s not such a significant benefit. Like the use of laser scanning for busy roadways, scanning has become the go-to choice for surveying bridges and highway underpasses, especially large ones. It’s well past the early adopter stage and well into mainstream use for this sweet spot application.

In the upcoming Part 2 of this article, I’ll dive into where laser scanning stands today in adoption for many other applications, including: