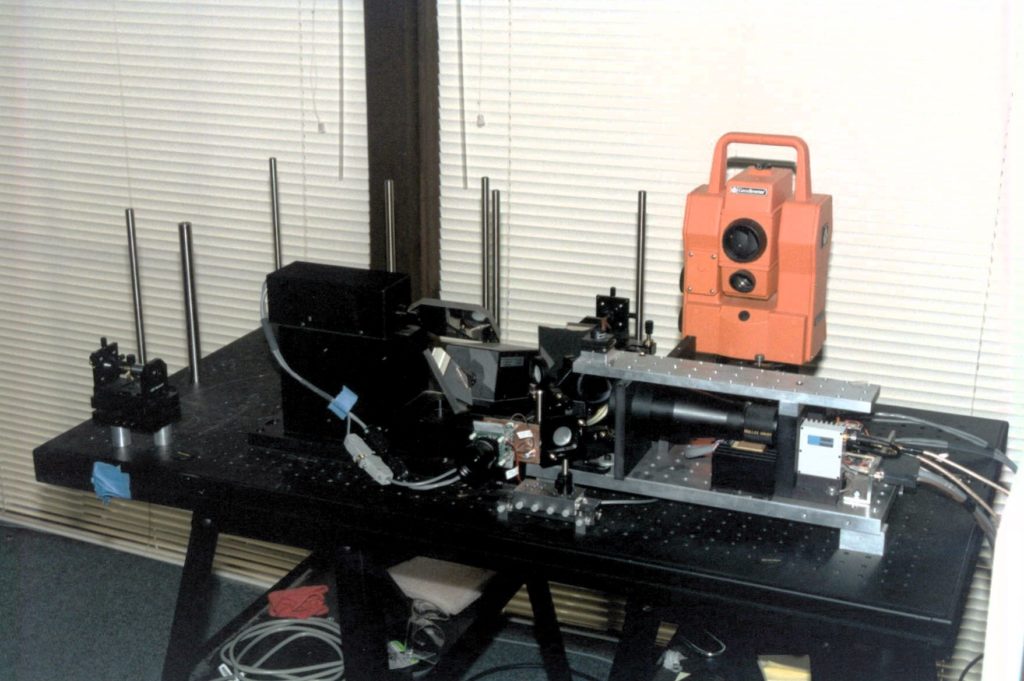 In Part 1, I described how in 1996, while working for Trimble, I first became aware of 3D laser scanning. It was being developed by Cyra Technologies Inc., a small start-up that had approached Trimble seeking a potential partnership. The jaw-dropping technology demo hooked my interest.

In Part 2, I described my role in evaluating the partnership opportunity for Trimble. I also dove into my first evaluation checklist item: Was 3D laser scanning being developed to meet an identified market need or had it come out of basic R&D, such as university research? I learned Cyra was developing it to solve the “as-built problem” for industrial plant retrofit projects. Traditional manual as-built methods were slow, sometimes unsafe, and often fraught with error that could lead to serious construction problems. That 3D laser scanning was being developed to solve an identified problem was a positive checkmark for me.

Now I dive into a couple of additional, critical evaluation items at a point in time—1996-1997—when the technology was still in development. 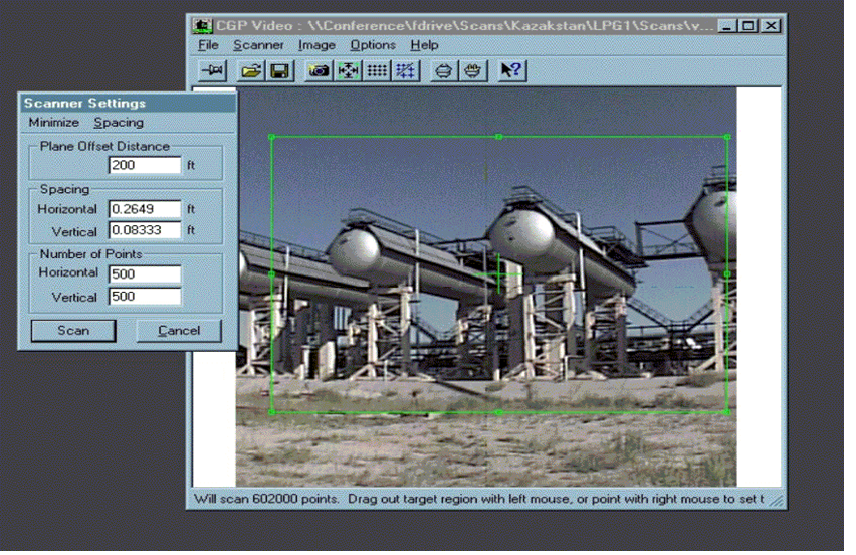 Chevron beta tested Cyrax on an oil & gas field in Kazakhstan. These images show the 3D laser scanner’s camera image of the vessels and the resulting point cloud scan. 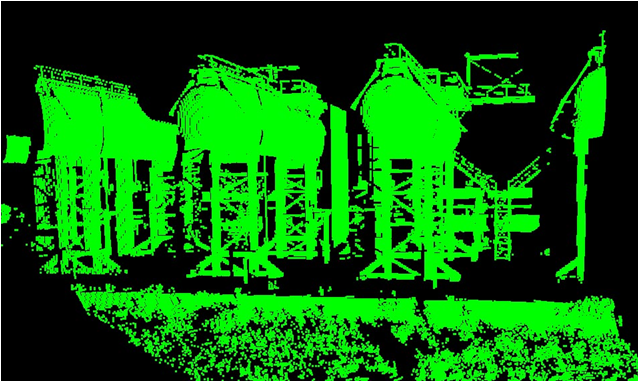 Chevron beta tested Cyrax on an oil & gas field in Kazakhstan. These images show the 3D laser scanner’s camera image of the vessels and the resulting point cloud scan.

For any organization or individual evaluating a new technology and/or potential business partnership, there are lots of questions. I had a long list. Likewise, Ben Kacyra (now of CyArk), Cyra’s CEO, had lots of questions for me about Trimble as a potential partner and about the survey industry in general.

• Stage of development: How much more is needed? When to first product?

• ”Saleability”: Value of benefits versus cost of ownership and deployment? Affordability? Ease-of-use?

• Competition: Other 3D laser scanners? Other technologies or methods?

• Skills of Cyra staff members and their pedigree: Business and technical staff (hardware and software)

A key evaluation point for me was the technology’s state-of-development and “proven-ness.” From an investment risk standpoint, the further along a new technology is in development and commercial traction, the better. A potential partnership investment cost goes up, of course, as technical and commercial risks are reduced but, generally, the further along that a new technology is, the better.

By that time in 1996-97, Crya had already performed a bench-top proof-of-concept and demonstrated an alpha version of the scanner. They were now at beta stage. When I learned about their four beta users, I checked another box.

These four beta users were all premium organizations, and each was interesting.

Chevron, well…it’s Chevron! It’s one of the world’s largest oil and gas companies. Also, its headquarters and a major refinery were in the San Francisco Bay Area, making for convenient interactions with SF Bay Area-based Cyra Technologies.

Fluor Daniel was interesting not only for its size and global prestige as a plant engineering, procurement, and construction (EPC) company (today it’s Fluor Corp), but also because the company had its own, internal “as-built services” department. They were skilled at close-range photogrammetry, which was, at the time, the leading competing method for creating 3D as-built models as input to plant retrofit design.

Raytheon Engineers & Constructors was a large EPC with specialties in power plants and pulp and paper mills. Both types of plants represented challenging environmental and logistical conditions. Raytheon E&C evaluated alpha and beta versions of Cyra’s 3D laser scanner. (Raytheon was subsequently acquired by Washington Group International in 2000 and WGI was acquired by URS in 2007.)

Finally, the U.S. Navy was evaluating 3D laser scanning for “ship checks.” Ship checks are as-built surveys of areas of a ship that are planned for modification. If one considers a naval ship as essentially a floating plant, it was easy to see the fit.

The fact that that Cyra’s development was past its alpha stage and that these four world-class organizations were Cyra’s beta users, each with unique requirements, was another positive checkmark for my “stage-of-development” checklist item.

For my evaluation, it was hard not to be impressed.

This evaluation aspect is always a biggie for high-tech businesses. Fear of someone else copying you–or even out-inventing you–keeps a lot of technology entrepreneurs, investors, and start-up executives up at night. So, having a protected, proprietary position that can’t readily be copied is invaluable. Patents, critical in-house know-how, and exclusive licensing and/or business agreements are all good candidate tools for this.

Difficult Specs to Meet When Ben Kacyra came up with his original specs and requirements for a 3D laser scanner, his vision was to build it with commercially available components. (Years later he admitted that if he had known that his original vision of a 3D laser scanner would require so much additional research and engineering effort–and money–he probably wouldn’t have pursued it. He also noted that most entrepreneurs have the exact same experience.)

Based on Kacyra’s as-built experience for power plants, as I recall, his original specs included:

• Safe to operate around people without special glasses or other restrictions

To develop a 3D laser scanner that would meet these specs, Kacyra retained Dr. Jerry Dimsdale, a University of California-Berkeley scientist who had consulted for Cygna, Kacyra’s previous engineering company. (In 1993, Kacyra and Dimsdale formally co-founded Cyra Technologies, Inc. Kacyra’s wife, Barbara Kacyra, was in the mix as well).

It turned out that off-the-shelf technology components couldn’t meet Kacyra’s specs.The six millimeter (one-quarter inch) accuracy at 50-meter range requirement without reflectors was a killer. Cyra had to dig into the world of research labs to see what was being developed that might be able to meet that spec.

I should point out here that a time-of-flight, reflectorless laser or LiDAR element has two critical parts. One is the laser itself that fires laser shots. The other is a “detector system” that senses the returned laser energy and determines the time that it takes from the instant a laser shot is fired to the moment that returning energy from that specific shot is detected. In the industry, that timing part of the detector system is referred to as its “timing electronics.” It’s very important.

Undaunted, Kacyra and Dimsdale dug around the research world of lasers and timing electronics. It turned out that two key bits were being separately developed–for applications different than doing as-builts–that held the keys to success. They found a viable candidate microchip laser at the Massachusetts Institute of Technology’s Lincoln Labs and viable candidate timing electronics at Los Alamos National Laboratory in New Mexico. Since these elements had been developed for research applications that had nothing to do with 3D laser scanning, Cyra was able to secure exclusive licenses for both for their 3D laser scanner.

This was bingo not only to enable the scanner to meet Kacyra’s specs, but to also provide what appeared to be a good proprietary technical position for the scanner.

Kacyra’s original vision for using the laser scan points to create as-built drawings and 3D models was to export scan points to CAD and then let CAD convert them into vectors, lines, surfaces, 3D objects, etc.

The first time that Cyra’s team tried to export laser scan points (which they internally called a “point cloud” because of its cloudy appearance on a computer monitor), into CAD, it failed miserably. CAD in the mid-1990s could simply not handle the number of points that even the earliest bench-top 3D laser scanner could produce. Interestingly, it would take almost two decades until popular CAD systems had adequate built-in “point cloud capability.”

The “CAD-can’t-handle-this” discovery was another “uh-oh” moment in Cyra’s engineering development.

Ever resourceful, Cyra took the problem to nearby University of California-Berkeley where Cyra staff had good contacts. There, computer science professor Carlo Sequin (famous in his own right) steered them away from CAD-based software architecture for handling point clouds to computer graphics-based architecture for the task.

This was good news and bad news. The good news was they had a potentially viable path to working with point clouds to create as-built drawings and models. But the bad news was that no such “point cloud” software existed.

It meant Cyra would have to develop its own computer graphics-based software to handle and process point clouds–something Kacyra hadn’t counted on when he had his visionary idea of a 3D laser scanner. (Cyra’s original point cloud software was called CGP: Computer Graphics Perception).

Ironically, this offered Cyra another protected business position. Although it wasn’t necessarily patentable, this computer graphics-based point cloud software turned out to be a significant early-to-market advantage that would be difficult for others to quickly copy.

So, here it was. Two very difficult problems–one in developing the 3D laser scanner to meet Kacyra’s specs and the other in how to handle point cloud file sizes–had provided Cyra with a path to what appeared to be a solid, protected business position.

The evaluation was looking better and better.

Upcoming, Part 4: It’s nice having reputable beta users, but how did their evaluations go? And…Kacyra starts to recruit me to join his start-up, Cyra Technologies. 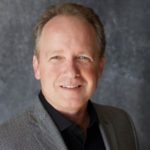 Dave Reinhart was a beta tester with Fluor Daniel

Some people decide to channel their career into a particular, new technology. That was the case with Cyra’s beta users–participants from all four remain active and successful with it to this day. 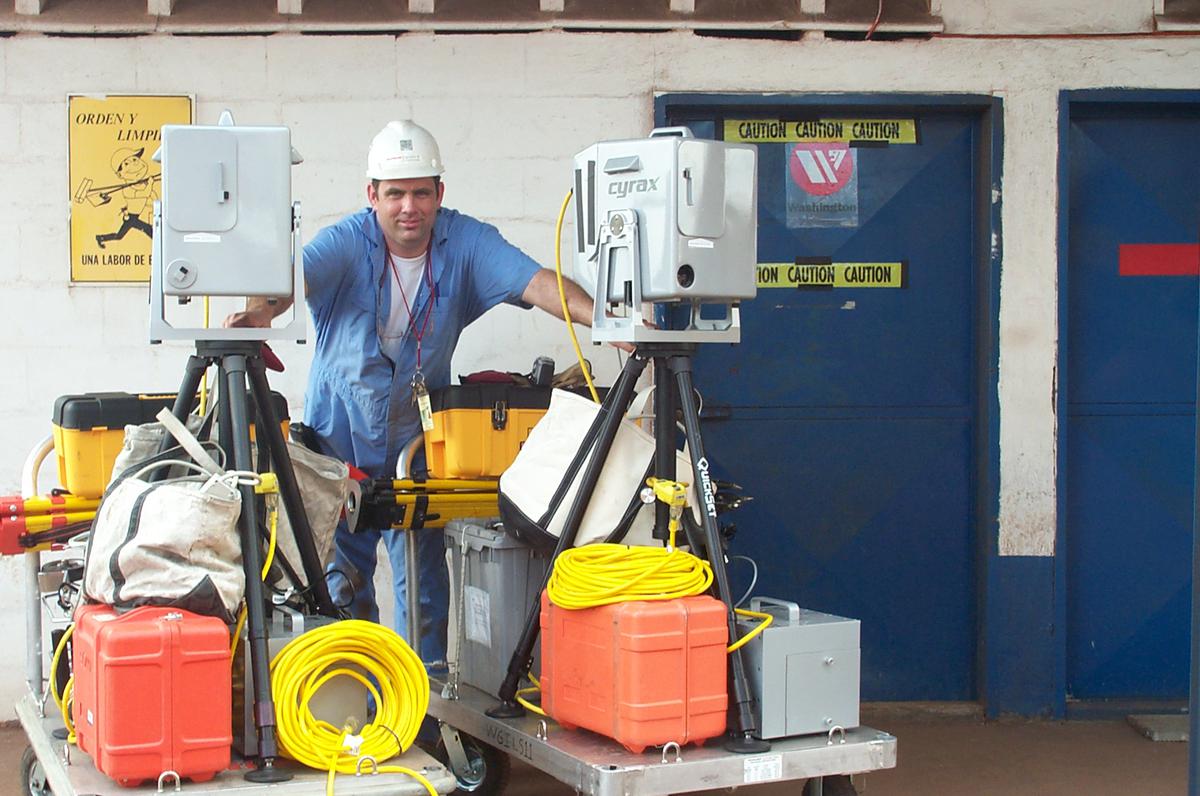 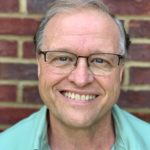 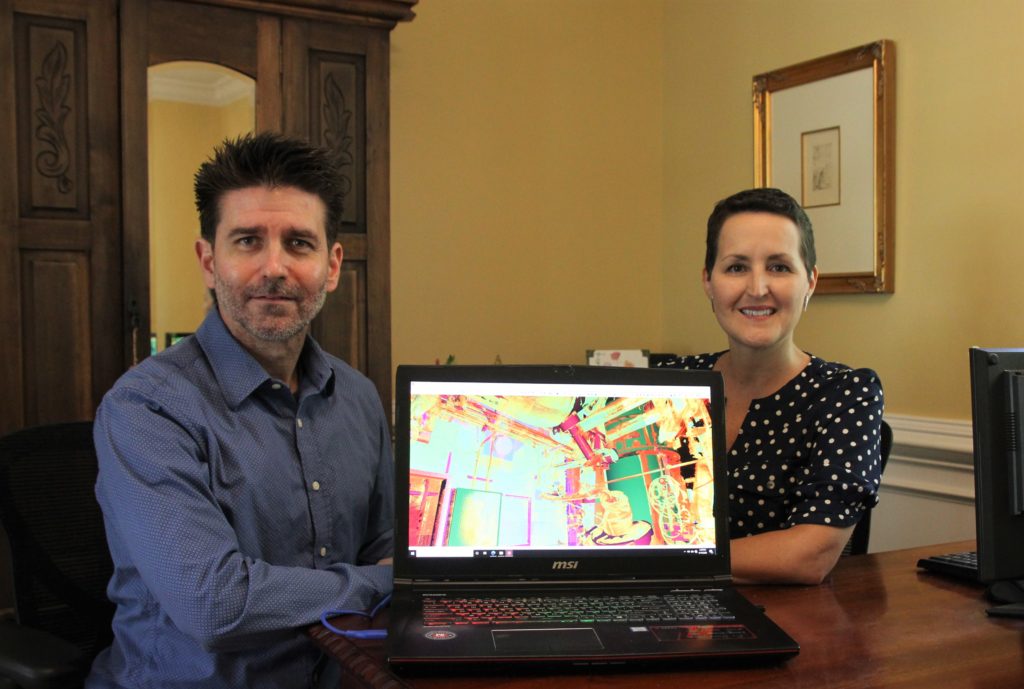 Chris and Christine Korkalo were alpha and beta testers with the U.S. Navy.

Chevron has used the technology on countless projects. My long-time Leica Geosystems colleague, Joel Hurt, informed me that today Chevron maintains and self-performs 3D laser scanning at each of its U.S. refineries.