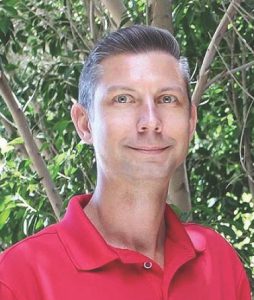 Gerald (Jerry) Davis is a CFedS (federal surveying certification) panel member and professional land surveyor licensed in six states. Davis began his surveying career with the U.S. Marine Corps as a geospatial intelligence specialist. After retiring from the Marines, Davis went to the private sector where he worked on diverse projects spanning the west coast. In 2011, he returned to Federal service as the regional surveyor for the Bureau of Reclamation’s Mid-Pacific Region where he worked on diverse land and riparian projects. Since 2014, Davis has been a chief cadastral surveyor for the BLM, where he is responsible for providing land surveying services to government agencies, First Nations, and individual first nations’ members.

A testimonial from Mark Morberg, PLS (branch chief, surveys and mapping, US Bureau of Reclamation) reads, “Jerry is not only incredibly capable technically, but he is also an extremely effective leader. Those aptitudes are not always compatible, and you don’t see them in the same person very often. Jerry demonstrated those abilities on the San Joaquin River Restoration Program’s Subsidence Study, a difficult multi-year project, [with] challenging logistics, coordination of multiple agencies and stakeholders, and aggressive schedules. He knocked it out of the park! It has been an honor to work with Jerry, who is one of the most competent and ethical surveyors I have had the privilege to work with.”