This entry is part 14 of 80 in the series Pangaea

The FAA has imposed a significant new rule on drone identification and has proposed two new rules that could, when enacted, change the UAS operations landscape.

New UAS Marking Rules
While UAS identification rules have been the law of the land for some time, last month these rules have been revised. Drones weighing more than 0.55 lbs. (250 grams) and less than 55 lbs. (25 kg) are required to be registered, and the registration ID number must now be located only on the outside of the craft. Previously, operators were allowed to place their ID number anywhere on the craft, including inside it (e.g. battery compartment), as long as a third party could access that ID without tool-based disassembly. Actually, this makes sense; cars have their ID numbers on the outside, why not drones?

Probably of more interest and with the potential to have a much great impact is the NPRM (notice of proposed rulemaking) of two new rules: night operations and operations over people.

Night Operations
For the commercial UAS operator, night flights are probably of most initial interest. Thermal inspections, including roofs, solar farms, and transportation infrastructure, are most efficient when conducted at night. Nighttime is the right time—when the temperature gradient is the biggest.

If the rule is passed as proposed then a night operation would be subject to two conditions. One is training (unspecified and in the developmental stage) for night operations and the other is the addition of anti-collision lights illuminated and visible for at least three statute miles. 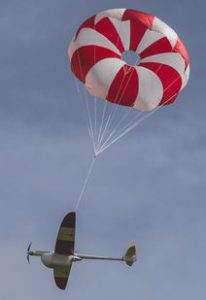 Operations over People
At first blush my thought was that UAS operators in the geospatial sector would not find this of much interest. It seems more like an opportunity for delivery, news gathering, commercial photography, and related applications. However, two examples have come to mind to make me take another look.

The first is transportation infrastructure inspections where flights over uninvolved parties are unavoidable; busy highways and bridges that have pedestrian traffic are two examples. The other relates to any BVLOS flight. It seems obvious that any flight that goes beyond visual line of sight would have to assume that at some time during the flight the UAS in question would pass over uninvolved personnel. Once BVLOS flights become mainstream, the OOP rule would likely come into play.

Preparing for OOP Missions
The FAA recommends three categories of permissible OOPs based on the risk of injury they present.

Category 1 is the simplest: UAS operators would be able to fly small unmanned aircraft weighing 0.55 pounds or less over people. Few if any commercial UAS would fit into this weight category.

Category 2 is a bit more complex. It suggests a combination of design and construction standards that would mitigate the chance of injuries to non-involved personnel.

Category 3 is a modification of Category 2 with less strict design and construction standards but more strict operational standards: no hovering, no flights over assembled people, and notification of non-operational personnel of drone overflights.

Categories 1 and 2 both require protection against rotor injuries; rotor guards or ducted fan configurations would be solutions. Another risk mitigation tactic is the use of parachute-equipped UAS.

BVLOS will be the next evolution in UAS and will quite likely be impacted by the proposed OOP rule. Learn more by checking out the draft, NPRM-Operation of Small Unmanned Aircraft Systems over People (PDF) online.