This entry is part 4 of 13 in the series GeoDude

Don’t underestimate the value of talent. 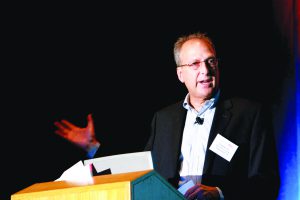 By way of running a laser scanning user conference for 12 years, I came to fully appreciate the increasing talents and expertise of users.

All 26+ years that I worked in the geospatial industry were with survey instrument manufacturers (Trimble and Leica Geosystems, plus start-up Cyra Technologies). But it was only in the most recent years of my time in the laser scanning segment that a major realization hit me about the full nature of manufacturers, the instruments they make, and end users/practitioners.

I realized that there’s a useful analogy between a) surveying instruments and the professionals who use them especially in 3D laser scanning and b) musicians and their instruments.

This may sound odd, so let me explain.

When you work in a marketing role (which I did) for an instrument manufacturer, you know the specific pluses and minuses of various instruments, software, and support services that your company offers. You also learn the strengths and weaknesses of competitive products. Your natural mindset is that your company’s products are good ones and that users should be successful with them.

I would often talk to different users with similar types of clients/markets and exactly the same laser scanning equipment and software, yet some would be successful and others not. Some of the reasons for success verses non-success were related to business approaches; however, in many cases their business approaches were also similar.

I had an idea of how to address the problem of unsuccessful users. I thought that if I could get a large number of users with essentially the same instruments/tools together in a room and let them openly share their stories of successes and non-successes with each other, they could learn from each other and collectively improve their success. Thus, I organized a user conference. The first was in 2005.

This first user conference went extremely well and had the desired impact: the collective success of users noticeably increased. I organized that conference every year for 12 years until I retired from my long-time employer in 2017.

Via the process of organizing and running that conference over so many years, I often gained new insights. Those insights weren’t just about the applications and types of projects where laser scanning was being used; they were also very much about the practitioners using those instruments surveyors and measurement professionals, engineers, crime-scene specialists, architects, contractors, owner/operators and their own evolution over time.

Many of the improvements on the product side were obvious:

At a vendor-sponsored user conference, many user case-study presentations focus, of course, on the benefits of various features of the vendor’s products. But over the years, something else struck me that was at least as equally important as the instruments and tools: users were gaining deep experience/expertise using all of these tools. User talents were enabling them to take successes to another, higher level.

This was especially true for users who had been scanning for a long time, but noteworthy high-level success stories also came from quick-learning and talented relative newcomers. 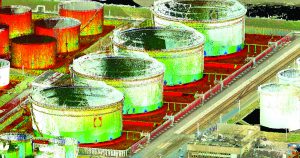 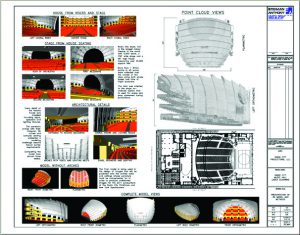 Topographic maps that include laser scan images can add a lot of value for clients. Scan images can be black & white, true color, or false color. Credit: Rick Engineering

It occurred to me that surveying instruments, particularly 3D laser scanners and the multitude of deliverables that can be created from laser scan data and images, are in many ways like musical instruments. A vendor can develop and manufacture a fine instrument (whether it’s a powerful, feature-rich 3D laser scanner or a fine violin) but it’s the user who makes great music, who creates great successes.

For laser scanning, it’s the user who executes projects in the most efficient way in the field and office, producing the highest quality results and the most valuable client deliverables. Map deliverables that include laser scan imagery can be a real art form much like map making, in general, has long been regarded as an art form. 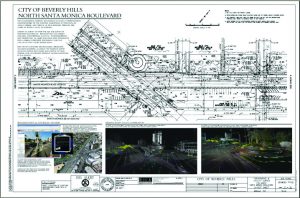 A high-end electric piano may be an even better comparison with the versatility of laser scan deliverables. Fine electric pianos can make a myriad of sounds, and great keyboard players can produce spectacular music with them. An untalented keyboard player? Well…cover your ears. The point is that with exactly the same instruments (or tools), the results of using them can vary dramatically.

A corollary to this is that talented and experienced users can also have success with instruments and tools that are older models or that are not necessarily top of the line. The music analogy is that a talented musician can make really good music with an ordinary instrument.

And in the surveying world, yes, vendors can make fine instruments, but you users make the music. And the marketplace is far better for it.